Tribeca Review: Butterfly in the Sky Captures the Magic of Reading Rainbow 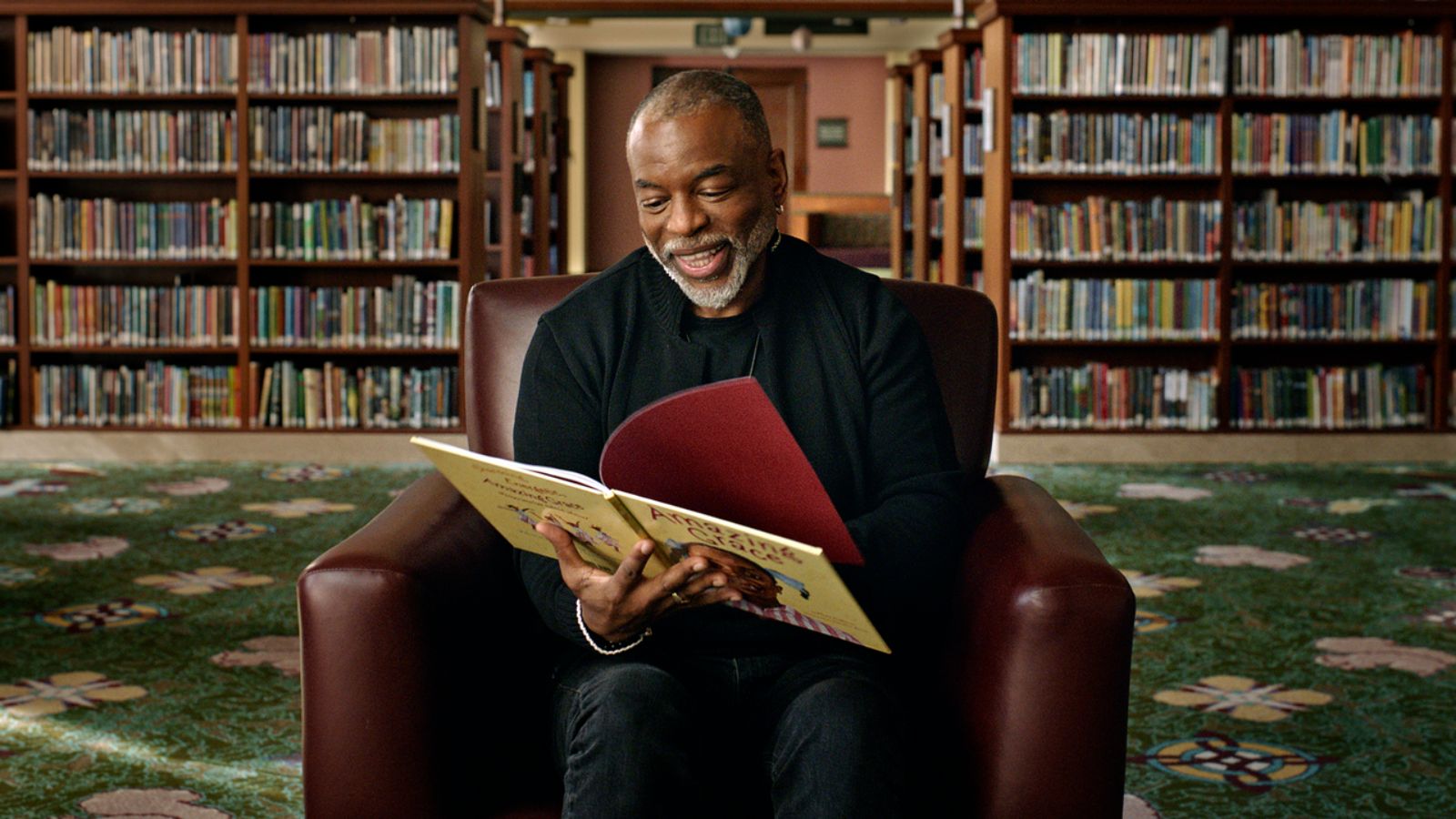 Butterfly in the Sky, a documentary from Bradford Thomason and Brett Whitcomb, revisits the impact of Reading Rainbow and its host, LeVar Burton. For 23 years the PBS show taught kids the value of reading––155 episodes of different children’s books, with Burton traveling the globe to learn something new, try something new, or speak to someone new. Ending with Book Reviews by kids, the show not only transformed reading into a cool activity, but gave children another role model to join the likes of Big Bird and Mr. Rogers.

Thomason and Whitcomb’s documentary follows a linear path, focusing on the series’ humble beginnings, the initial reaction along with its necessary evolution, and the brilliance of Burton throughout the quarter-decade. There’s nothing revolutionary about the filmmaking; there doesn’t need to be. Reading Rainbow and Burton were game-changers with a simple goal: doing whatever it took to get kids to pick up a book.

The show’s origins remain somewhat interesting, but nostalgia overpowers any other feeling associated with Butterfly in the Sky. It’s an exercise in looking back, in giving credit to a group of people that positively affected millions of Americans. At points the film becomes an ode to Burton, a man “with all of the best qualities of a kid,” willing to do any outlandish experience in order to connect with a child watching their TV. He was dazzled by the bigness of the world. He gave kids someone to look up to, a Black man who changed his facial hair every scene, who wore a hoop earring, and who lived life to the fullest. And, most essentially, who believed reading happened to be fun.

Talking with the creators and producers of the series, along with several of the Book Review kids all grown up, the series never lost its levity. It has a childlike feeling, an excitement simply for existing. Everyone exudes the same sweetness, a pure joy when remembering Reading Rainbow. The directors take little detours: chatting with Steve Horelick about the theme song, following Burton’s rise as an actor with Roots and Star Trek: The Next Generation, and the constant fight to get funding within public television. At the heart, though, the documentary wants to highlight the goodness of this idea, these people, and this show.

Thomason and Whitcomb have something else to say: kids can handle much more than we give them credit for. An echo of this sentiment exists throughout the film, with many interviewees dancing around this thought. Kids can grasp more than we think; they have the ability to have opinions and speak them without prompting. With the Book Reviews, kids weren’t given a script or any coaching. It was an opportunity to be fully in control of their opinions, to speak to an audience of millions, and to even come up with a catchphrase if that’s what they wanted. Burton spoke to them as people, like anyone else he came in contact with—a humanity that never left.

If you watched Reading Rainbow as a kid, the doc will leave you in puddles. If you didn’t, it will still likely leave you with tears in your eyes—happy tears. That might happen because of nostalgia, or maybe because of Burton’s worthwhile influence on kids over the last half-decade. Or, like me, you’ll see the happiness that this show caused for the staff and all its viewers; it’s overwhelming. If the filmmaking may be by-the-book, Reading Rainbow was one-of-a-kind, as special and formative as all of the stories it read on-air.

Butterfly in the Sky premiered at the Tribeca Festival.