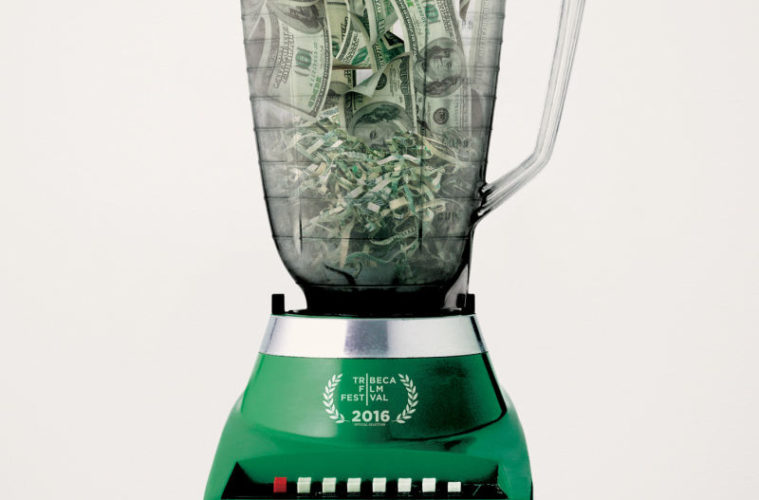 A documentary reminiscent of The Big Short on a smaller and less-successful scale, director Ted Braun’s Betting on Zero has a narrow focus and an unlikely hero: New York-based hedge fund manager Bill Ackman of Persing Square Capital. Moving beyond the CNBC hype and witty banter of Slate’s Money (a favorite podcast and my first intro to Ackman), the film evangelizes Ackman’s position and, in a certain context, can be seen as another prong in his attack on global nutritional multi-level marketing firm Herbalife. This, of course, is only a danger if you ignore the evidence presented by the film and your own gut instinct. If it looks too good to be true, it probably is — even if it’s listed on the NYSE.

It also doesn’t help that Herbalife is presented in roughly the same light as Scientology and the mysterious cult at the center of Will Allen’s Holy Hell – a film that promises a better life for its customers, including wealth and health, and all you’ve got to keep doing is buying in. Ackman calls this a “Good for America short” as he teases his position on the business networks.

Herbalife, like the Church of Scientology, refused to comment on camera, nor will any current distributors go on camera to defend what seems like an odd business model when it’s unpacked. Instead of making a quality product and selling it at a fair price, they offer an exclusive product through a network of distributors and their nutrition clubs, some of which are brick-and-mortar locations. Factoring in the costs involved, Ackman determines that the only way for these businesses to remain viable is by building their downlines, essentially converting customers into distributors. In theory, this might work until you reach the 13th level of the scheme, which requires twice the population of the United States to work the theory.

With big money comes big egos: rival Carl Icahn buys into Herbalife thanking Ackman for devaluing the stock in a series of heated exchanges. Rounding out the case against Herbalife is Braun’s work with several distributors in recovery, including a grassroots organization in Chicago led by Julie Contreras. Making the case the company is preying on the Latino community — with the help of former LA mayor Antonio Villaraigosa, a paid spokesman for the company — Contreras organizes protests against Herbalife’s gala and its CEO, Michael O. Johnson, which captures the company’s attention: they send her a cease-and-desist order after an appearance on Univision.

Far from dry, Braun’s film takes both a macro and micro approach from the personalities gambling on Herbalife’s stock, some with informed research — Ackman enlists a team of researchers, some of whom appear herein — to the grassroots, which he may or may not be supporting. The link between Contreras and Ackman is a tad unclear until the film’s third act.

Throughout, I asked myself if Betting on Zero was playing fair. The film leaves itself open to claims that it’s an extension of Ackman’s war with only a small incitement of the masters of the universe and the entertainment factor created by the likes of Mad Money host Jim Cramer. He gently probes Johnson about their expansion plans in Vietnam while cheerleading for the stock. Some in the Herbalife game, including Oklahoma distributor Zac Kirby, had the business knowledge to know there was no money in selling Herbalife shakes and supplements alone, while others never quite recovered from the dream they were sold. The bleak lesson is not unlike what was seen in The Big Short: unsustainable business models eventually go bust, usually after the masters of the universe have cut their losses and run. This argument bears repeating even if we’ve heard it all before.

Betting on Zero premiered at the Tribeca Film Festival and opens on March 17.