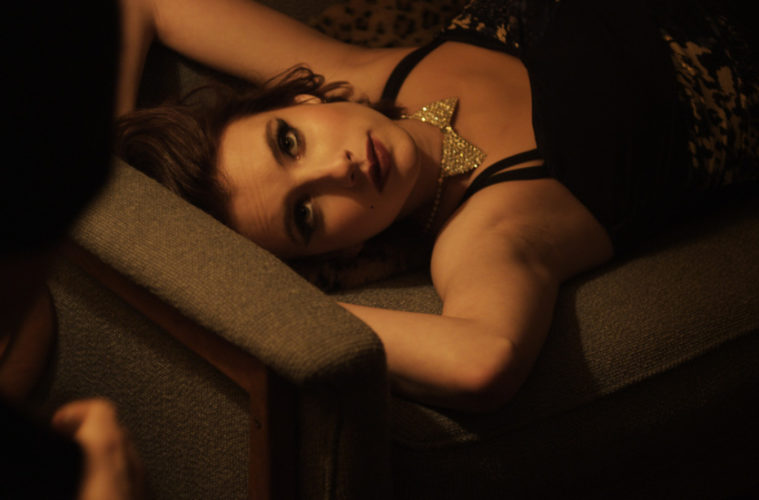 She takes the job without any training in the area of sex, coming close in a funny scene with Chris Riggi as a frat boy poet with ulterior motives. Cloris Leachman and Jerry Adler play the store’s owners with Evan Peters as Alex, the nice boy-next-door manager. After Amy meets her hero Rat Billings (John Cusack),, a writer who peaked in his twenties, her car is stolen, leading to a fight with her parents. She runs away, living with Alex’s pal Rubia, a cross dresser played by Armando Reisco.

Adult World is a coming of age story that in essence reflects the confusing times that one’s early twenties can be. It offers no easy answers, but includes plenty of awkward moments reflecting reality of entering what the film’s title suggest. Rat Billings is a curious creature; adjuncting at Syracuse University, he supports himself by editing ironic poetry compilations for the bathrooms of hipsters. Directed by Scott Coffey, the film, like the real world, is imperfect. Yet it’s a comedy that permitted to live and breath, creating an interesting world around Amy, although one she doesn’t drawn too much inspiration from. Is that a flaw? I’m not so sure, but the world around her is anything but hegemonic. Roberts is very funny when required, building an unexpected sympathy for a girl who is almost unable to laugh at herself (even when high), while Cusack is well suited as the neurotic and infamous Billings, whose first success seems like a fluke. Cynical and bitter, the only who makes the most of cards he’s dealt is Alex, and if he’s still as nice as he is in his twenties, and working the same job in thirty years, he may have some issues.

The film has a hilarious dark opening, as Amy attempts to replicate the suicide of her hero Sylvia Plathe, only to discovery her oven is too small. This sets the tone for the logical blind she’ll be in. Coming out perhaps not wiser, but less confused, Adult World is a disturbingly perspective comedy at times, with an interesting sense of location. Far removed from New York City, Syracuse is not a literary hot spot (perhaps she can escape to Buffalo, which has ties to several poets), and yet leaving never seems a priority for Amy.