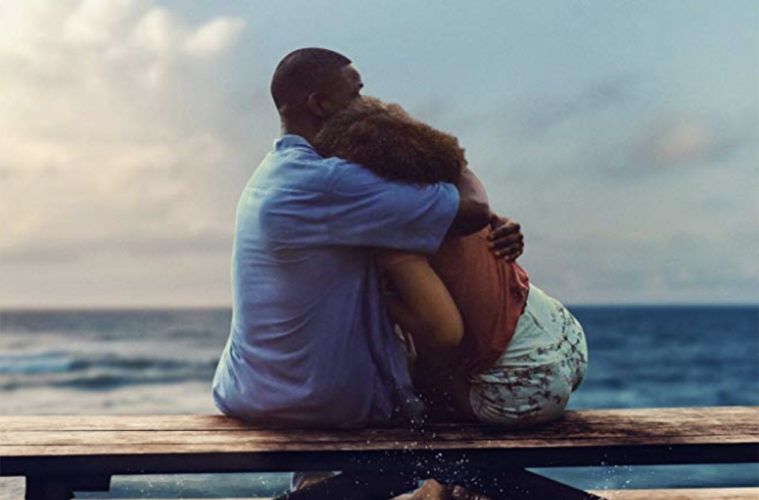 When Waves was first announced last summer, it was revealed to have a heavy music element, so much so that it was misreported to actually be a musical. Now that Trey Edward Shults’ third feature has arrived, it’s clear it’s not a musical, but the aural landscape–also including a score by Trent Reznor and Atticus Ross–is indeed made up of many recent favorites which heavily guides the mood of the drama. The writer-director has now shared a massive 55-track playlist featuring both music from the film as well as songs that were heavily on rotation while writing the script. Selections include Frank Ocean, Kanye West, Animal Collective, Tame Impala, Radiohead, James Blake, Outkast, M83, Amy Winehouse, Tyler the Creator, Nine Inch Nails, Kendrick Lamar, Arcade Fire, and many more.

“My co-editor Issac Hagy and I would say almost spiritually the first half of the movie feels like Kanye and the second half feels like Frank,” Shults recently told us. “I’ve been a Kanye fan for a long time. He’s an endlessly fascinating person. I think he’s a musical genius and I love his stuff. For all sorts of reasons, using “I Am A God” feels so true to Tyler. Not only is that the kind of music you’d hear in that headspace, but it’s kind of spilling out of his head and pouring onto the rest. I think The Life of Pablo poster on Tyler’s wall–that album for me plays like a man at war with himself. “Ultralight Beam” is this incredibly beautiful gospel hip-hop, then you have this incredibly crass stuff from Yeezus and that sort of dichotomy playing off each other in that sloppy way, it feels like life in a way. We thought when TLOP came out that would be a big moment for Tyler and his friends. I’m fascinated by the guy and I think his spirit has worked his way into the movie in a lot of ways.”

Check out the playlist below via Consequence of Sound along with a recent conversation. Read our rave review of the film here.

Waves is now in theaters.