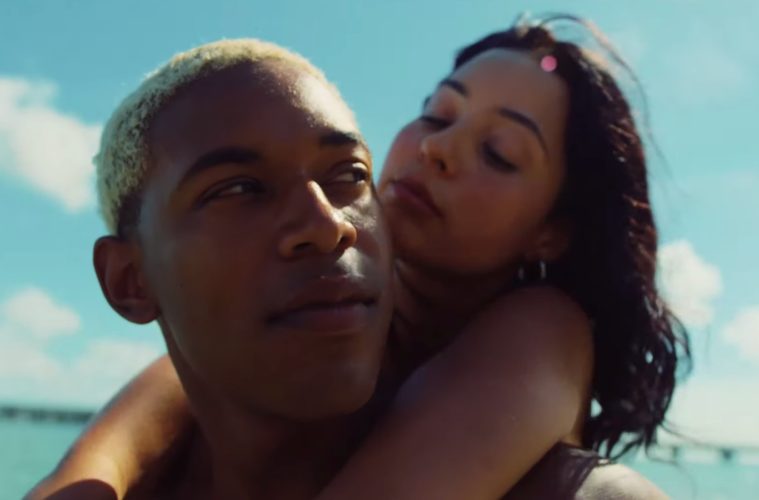 The first few minutes of Trey Edward Shults’ Waves are positively dizzying. Amidst a throbbing Trent Reznor-Atticus Ross score, a high school wrestler, Tyler, drives with his girlfriend (Alexis, played by Alex Demie), hits wrestling practice, goes to class, works out, hangs with friends, and lives out a normal school day. It’s the type of schedule that seems exhausting to anyone older than their mid-20s. But this, Shults is saying, is the reality of life for a young man being pulled in seemingly endless numbers of different directions. As we watch this intense opening and dive deep into Tyler’s day-to-day, questions emerge. How is it possible for a teenager like Tyler—one with an entire future mapped out and waiting—to not make mistakes? And what if these mistakes led to others? Waves is a film that truly understands how dominoes start to fall in a young life. Just as importantly, it visualizes what happens afterwards.

It is the latter achievement that makes Waves one of 2019’s finest films and a landmark third feature from Trey Edward Shults. In 2015’s family drama Krisha and 2017’s post-apocalyptic thriller It Comes at Night, Shults expertly balanced pathos and intensity. Waves ratchets all emotions up to an exhilarating degree. There are scenes here of almost unbearable sadness and tension. But Waves never drowns in either feeling, resulting in a genuinely invigorating experience. At first glance, it seems we’ve been down this road before. There are a great many films about the demands placed on high school athletes and high schoolers in general. But it has never looked and felt quite like this. From the aforementioned score to the swirling cinematography by Drew Daniels, Waves feels fresh. That is also a result of Shults’ Florida-set script, and also because of the actors.

Kelvin Harrison Jr. plays Tyler as a confident individual fully willing to push through the pain of a serious injury. He has far too much riding on his wrestling, not to mention the importance of athletic achievement to his father, Ronald. He is played by the profoundly brilliant Sterling K. Brown as a deeply complex man, one who knows that Tyler’s race means he must work harder than others in order to succeed. The relationship between Tyler and Ronald is sadly recognizable—the father whose heart is in the right place but pushes too hard. His authoritarianism makes a later emotional breakdown all the more powerful. In addition to his father and girlfriend, also in Tyler’s life are his stepmother (Renée Elise Goldsberry) and younger sister, Emily (Taylor Russell). The latter character is mostly an observer early on, but takes on increasing importance as the film progresses.

Tyler’s life is full of joy, yet there is tension every place—at home, with Alexis, at school. To some degree, this becomes Tyler’s reality. And then something terrible happens, an event that forever changes the lives of all onscreen. It is clear what’s developing. But like the other character, one feels helpless to stop it. This sudden burst of violence is without question as upsetting as any moment in recent cinema–not because it is overly graphic, but because we’re so fully invested.

After this moment, it feels as if the film is drawing to a sad conclusion. Then something extraordinary occurs: Waves does not end. In fact, the second half of the 135-minute film is just beginning. From this moment forward, Waves tells a very different story. It becomes a film about recovery and how the people left to deal with tragedy move forward–or attempt to. It is, in fact, this quieter second half that makes the film so breathtakingly original. The nature of this split means that audiences are advised to go into Waves as cold as possible. Reading reviews certainly will not diminish one’s appreciation for the film, but knowing what happens at the midway point, and which character becomes the focus of the second half, may serve to mute the impact.

There are no wrong notes here, no weak performances, no moment that feels forced, no emotions that feels unearned. The central four characters—played by Harrison, Brown, Russell, and Goldberry—are beautifully brought to life, as are supporting figures played by Demie and Lucas Hedges. The powerful work from these six actors, along with Shults’ script and direction, means audiences emerge feeling positively wrecked. The film is an emotional knockout that will leave even the most stoic viewer on the verge of weeping, but the shifts of the film’s second half are ultimately uplifting. Waves is a tremendous film, one that finishes with an appropriately transcendent final shot. Another chapter ends, another begins.

Waves screened at the Toronto International Film Festival and opens on November 15.