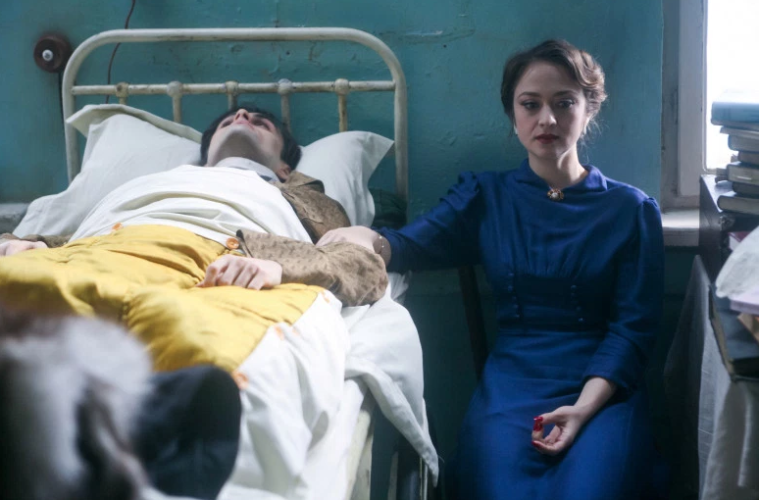 Following a premiere at Locarno, where we quite liked it, a trailer has arrived for Romanian director Radu Jude‘s latest drama Scarred Hearts. Described as a “free adaptation of the literary works of M. Blecher,” and clocking in just shy of two and a half hours, the film looks to be an odyssey of sorts while working on a smaller scale. It concerns Emmanuel (Lucian Teodor Rus), whose body is giving out beneath him in a sanatorium, even while his mind refuses to stop loving and living.

Lensed by Marius Panduru in the little-seen aspect ratio of 1.37:1, the choice, coupled with some wonderful compositions, gives the film a polaroid look — it truly looks like something pulled from the history books. Underneath these frames seems to lie a tale laced with humor, romance, and inevitable sadness. As a woman shouts dramatically from a beach to Emmanuel, who lies in a small horse-drawn carriage that “our love will surely end one day,” Emmanuel simply replies, “along with us.” This sentiment, coupled with the postcard-esque frame, suggests a sort of summary for the film’s message and stylings, and is a stellar choice for the last shot of the trailer.

See it below, along with a poster.

1937. Emanuel, a twenty-year old young man suffering from bone tuberculosis, is admitted to a seaside sanatorium. A free adaptation of the writings of M. Blecher.