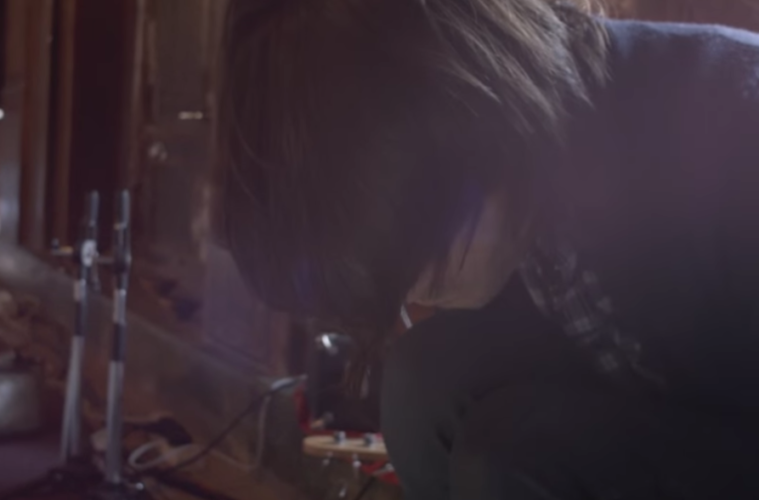 Paul Thomas Anderson‘s new documentary, Junun, premiered last night at the New York Film Festival and has already debuted on MUBI globally, but for those looking for a preview, today we have the first trailer. The film follows his trek with Jonny Greenwood to Rajasthan in northwest India, where he and a group of musicians recorded an album (out on November 13th via Nonesuch) and were hosted by the Maharaja of Jodhpur.

While the director’s post-screening at Alice Tully Hall was quite brief, he did provide a few new details related to the project. Revealing the film was shot on the same Jodhpur location as in The Dark Knight Rises, he also said he attempted to shoot it with “newfangled, sexy camera gear” that got caught up in customs “and never made it out.” So, as one can see in the film, he just used what he had in his bag, as well as producer Nigel Godrich‘s drone.

He also noted the major influence Bert Stern and Aram Avakian‘s 1959 documentary Jazz on a Summer’s Day (see the trailer below) had on the creation of the film. Closing things out, he mentioned that Greenwood, Shye Ben Tzur, and the Rajasthan Express hope to have live concerts in America within the next year, pending travel arrangements for the large group.

We said in our review, “Above all else, Junun serves as a proper hangout movie where we, the outsider, have been invited to watch its talented players sit around as they strive to create compelling, satisfying art. Its calling card is the opening sequence, an intense instrumental performance held during an afternoon call to prayer in Jodhpur’s Mehrangarh Fort: these men, Greenwood the only recognizable one among the lot, are in their element, we’re in their grasp, and Anderson’s fixed, swirling camera clearly wishes to hold that grasp as much as possible. When this forceful introduction was immediately followed by Anderson’s intimate, washed-out digital images, I wondered if we were in store for a major work.”

Check out the trailer (which more or less acts as a clip from the film) and our exclusive alternate poster below.

Update: See another trailer below and the brief NYFF Q&A (via Cigs & Red Vines).

Earlier this year, Paul Thomas Anderson joined his close friend and collaborator Jonny Greenwood on a trip to Rajasthan in northwest India, where they were hosted by the Maharaja of Jodhpur, and he brought his camera with him. Their destination was the 15th-century Mehrangarh Fort, where Greenwood (with the help of Radiohead engineer Nigel Godrich) was recording an album with Israeli composer Shye Ben Tzur and an amazing group of musicians: Aamir Bhiyani, Soheb Bhiyani, Ajaj Damami, Sabir Damami, Hazmat, and Bhanwaru Khan on brass; Ehtisham Khan Ajmeri, Nihal Khan, Nathu Lal Solanki, Narsi Lal Solanki, and Chugge Khan on percussion; Zaki Ali Qawwal, Zakir Ali Qawwal, Afshana Khan, Razia Sultan, Gufran Ali, and Shazib Ali on vocals; and Dara Khan and Asin Khan on strings. The finished film, just under an hour, is pure magic. Junun lives and breathes music, music-making, and the close camaraderie of artistic collaboration. It’s a lovely impressionistic mosaic and a one-of-a-kind sonic experience: the music will blow your mind.

Junun is now streaming on MUBI and the album arrives on November 13th.