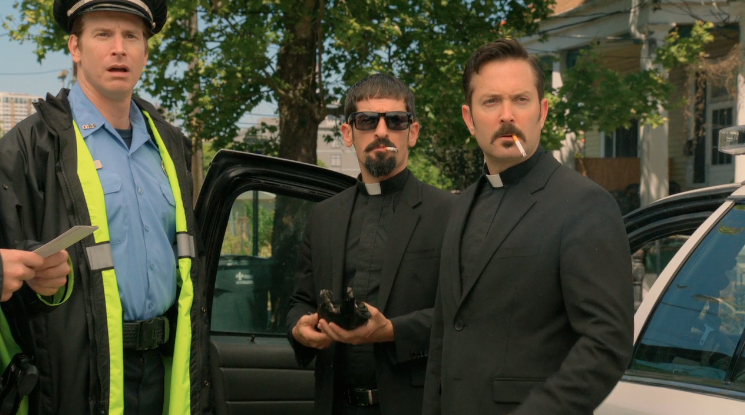 Trailer For Horror Comedy ‘Hell Baby,’ From the Creators of ‘Reno 911!’ With low-budget exorcism horror films striking big with audiences, Robert Ben Garant and Thomas Lennon (the duo behind Reno 911!) decided to poke some fun at the genre with their latest effort, Hell Baby. Featuring Rob Corddry and Leslie Bibb as a newly married couple who are expecting their first child as they move into a haunted New Orleans house. Fearing a demonic baby, they call on an exorcism team from The Vatican, played by Lennon and Garant.

As we said in our review from Sundance, the film is an “occasionally riotus, often funny, cheap comedy that is well worth checking out, particularly on a late night during its inevitable VOD release.” One will get the chance to do so next month and in the meantime, check out the new trailer and poster below, also featuring Riki Lindhome, Paul Scheer, Rob Huebel, Keegan Michael Key, Kumail Nanjiani and Michael Ian Black. Hell Baby hits VOD on July 25th and in theaters on September 6th.