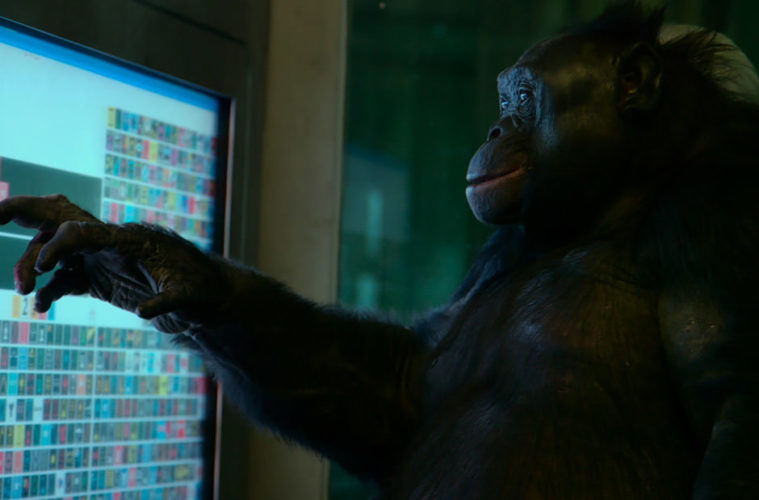 The great D.A. Pennebaker and his spouse / frequent collaborator Chris Hegedus have made something of a splash with Unlocking the Cage, the rare animal-rights documentary that a) is receiving positive notices and b) seems to earn said notices on the basis of its filmmaking, not merely a consideration of social issues. And this is among the strangest animals-rights stories in some time — potentially the most significant and deserving of a documentary. A preview of what’s to come has arrived ahead of the picture’s May release.

We were positive on the film when seeing it at Sundance, albeit ambivalent about its structure. As we said there, “Though Unlocking the Cage walks the nonfiction filmmakers’ traditional path, shepherding its story along mostly through interviews, the sophistication of Hegedus and Pennebaker’s craft is subtly present. A less adept director would take the all-too-common route of rushing through each plot point, as well as take every opportunity possible to wallpaper the proceedings with infographics.” Unlocking the Cage follows animal rights lawyer Steven Wise in his unprecedented challenge to break down the legal wall that separates animals from humans. Arguing that cognitively complex animals such as chimpanzees, whales, dolphins and elephants have the capacity for limited personhood rights, Steve and his legal team are making history by filing the first lawsuits that seek to transform a chimpanzee from a “thing” with no rights to a “person” with legal protections. Unlocking the Cage captures a monumental shift in our culture, as the public and judicial system show increasing receptiveness to Steve’s impassioned arguments. It is an intimate look at a lawsuit that could forever transform our legal system, and one man’s lifelong quest to protect “nonhuman” animals. A First Run Features Release in Association with HBO Documentary Films.

Unlocking the Cage will enter a limited release on May 25.