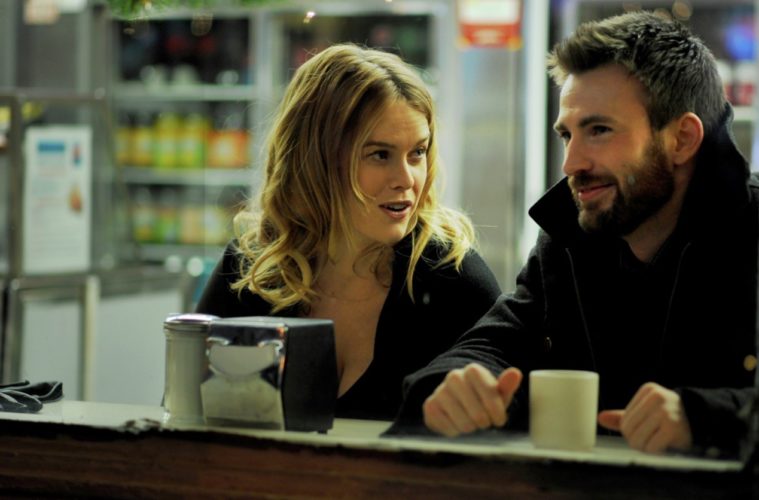 Trailer for Chris Evans’ Directorial Debut ‘Before We Go’ Being one who’s often interested in whatever an actor-turned-director might bring to the table, it’s only natural that Chris Evans‘ first behind-the-camera effort, Before We Go, would attract some of my attention. This, despite the little notice and less-than-enthusiastic reviews critics gave it at last year’s TIFF — do you even remember hearing about this? I can’t say so — in their writing calling the picture a warmed-over homage to the Before series (it’s even in the title!), and little else at that. Nevertheless, he and Alice Eve walking around Manhattan at nighttime and sharing a long conversation is a good-on-paper concept — enough that the execution would need to be significantly botched for things to fall flat.

And, hopefully, the reception towards a self-consciously small picture will be a bit warmer outside the festival hustle and bustle. With a VOD release kicking off tomorrow and a theatrical opening at summer’s end, a preview of Evans’ work is here to judge. Flustered and fearful after a brush with a mugger, Brooke (Alice Eve) races through Manhattan’s Grand Central Station, desperate to catch the night’s last Boston-bound train. She fails to make it in time, and inadvertently succeeds in catching the eye of Nick (Evans), a busker, who is immediately enthralled. Their chance encounter leads to an intimate odyssey through nocturnal New York, and as Brooke’s initial wariness gives way, she and Nick prove keenly attuned to one another’s personal struggles. But while their connection is undeniable, a major complication looms: another train will be along in the morning, and Brooke has a husband awaiting her return.

Before We Go will hit VOD on July 21 and enter a limited release on September 4.