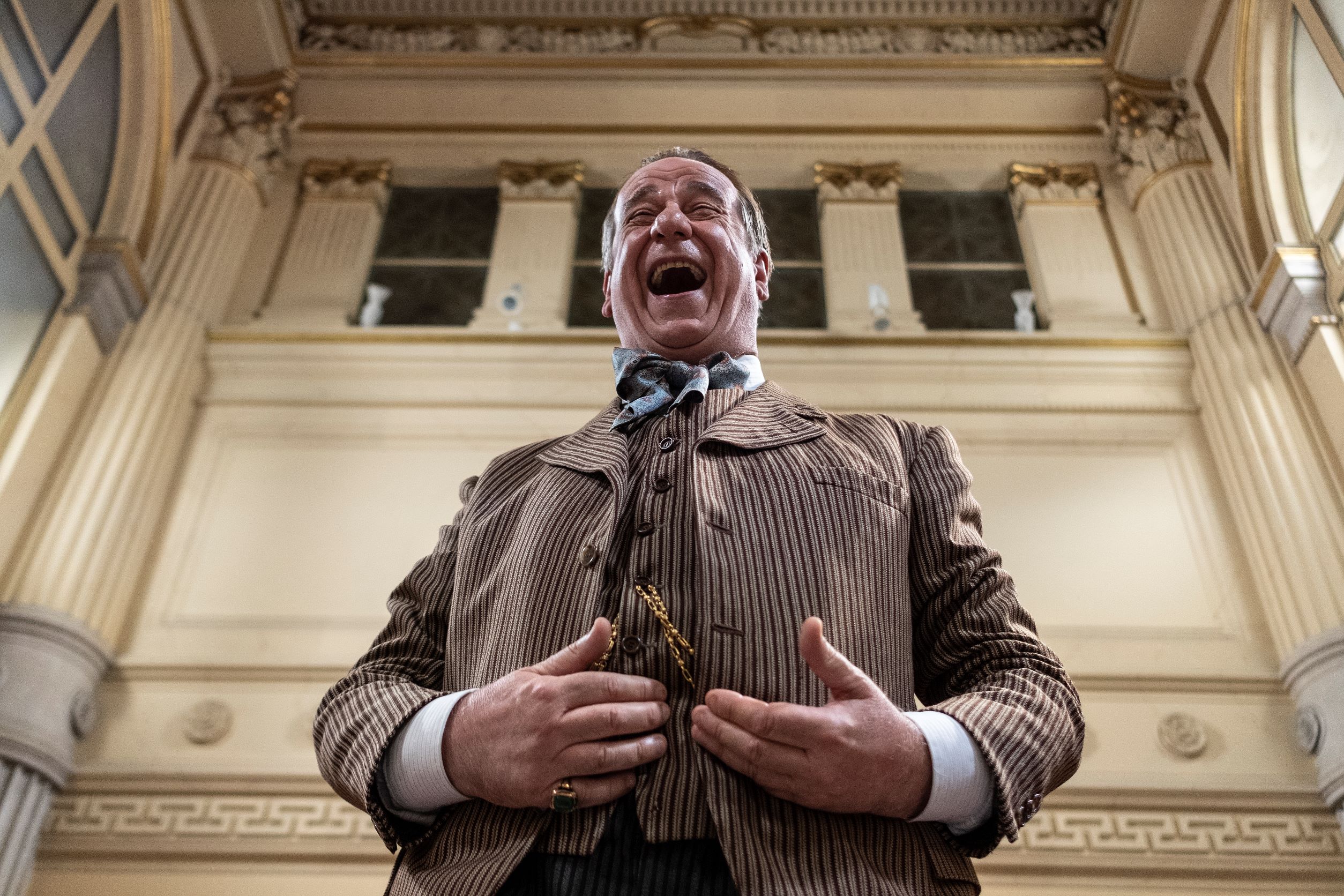 While his latest film, Nostalgia, is Italy’s Oscar entry this year, director Mario Martone’s previous feature will finally arrive stateside. The King of Laughter, which premiered at the Venice Film Festival last year and picked up the Best Actor Award for Toni Servillo at Venice and Best Costume Design at Italy’s 2022 David di Donatello Awards, is being released on VOD and on digital platforms by Film Movement on November 25 and we’re pleased to exclusively debut the new trailer.

At the beginning of the 20th century, in Belle Époque Naples, theatres and the cinema were thriving and the great comic actor Eduardo Scarpetta (Servillo) is the box office king. Known in the Neapolitan theater for his cheeky alter egos, Scarpetta’s larger-than-life stage productions were matched only by his eccentric personal life. Composed of wives, partners, lovers, legitimate and illegitimate children (including a young Eduardo De Filippo, famed Neapolitan playwright), Scarpetta’s home situation resembled one of his comedies more than a traditional family. In 1904, at the height of his popularity, the comedian risked everything by staging a parody of the great Italian poet, Gabriele D’Annunzio. Booed and hissed from the stage by younger rivals, Scarpetta was sued for plagiarism, leading to the first-ever copyright lawsuit in Italy. Despite the draining years of legal troubles and familial strife, Scarpetta fought not only for his craft but for his legacy as one of the great thespians of Italian theater.

The King of Laughter arrives on November 25 on VOD.