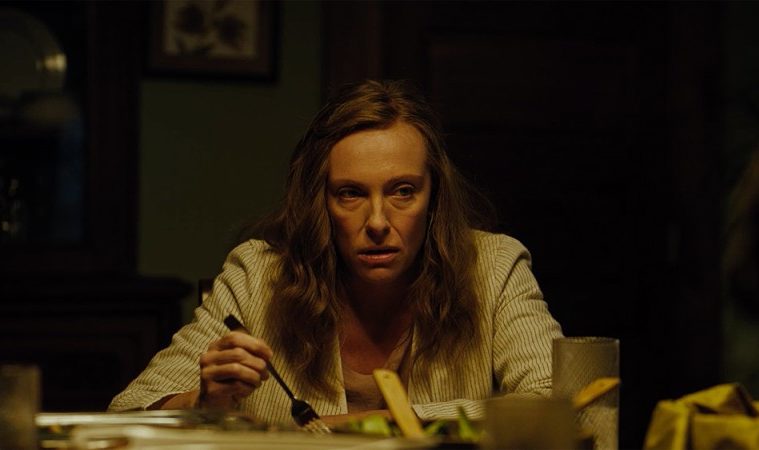 Following his stop-motion animation Anomalisa, Charlie Kaufman will return to the realm of live-action with I’m Thinking of Ending Things, an adaptation of Iain Reid’s hit novel. As production begins on the psychological thriller, Netflix has now announced the final cast which has a switch-up.

While Jesse Plemons is still on board, Brie Larson has been replaced by Jessie Buckley, who broke out in last year’s Beast. Also joining the cast is Toni Collette and David Thewlis. The story is told from Buckley’s perspective as she goes on a road trip with her boyfriend Jake but secretly harbors the idea of breaking up with him. In perhaps the most exciting update, the film will be shot by Cold War and Ida cinematographer Łukasz Żal.

Having just read the book, one imagines that Collette and Thewlis will play Jake’s parents. If Kaufman faithfully adapts the twisty novel, he’ll be heading into some full-on unsettling horror territory, so it’ll be interesting to see his approach, especially with Żal’s stark eye.

Check out the full synopsis of the book via Amazon.

You will be scared. But you won’t know why…

I’m thinking of ending things. Once this thought arrives, it stays. It sticks. It lingers. It’s always there. Always.

Jake once said, “Sometimes a thought is closer to truth, to reality, than an action. You can say anything, you can do anything, but you can’t fake a thought.”

And here’s what I’m thinking: I don’t want to be here.

In this smart, suspenseful, and intense literary thriller, debut novelist Iain Reid explores the depths of the human psyche, questioning consciousness, free will, the value of relationships, fear, and the limitations of solitude. Reminiscent of Jose Saramago’s early work, Michel Faber’s cult classic Under the Skin, and Lionel Shriver’s We Need to Talk about Kevin, I’m Thinking of Ending Things is an edgy, haunting debut. Tense, gripping, and atmospheric, this novel pulls you in from the very first page…and never lets you go.