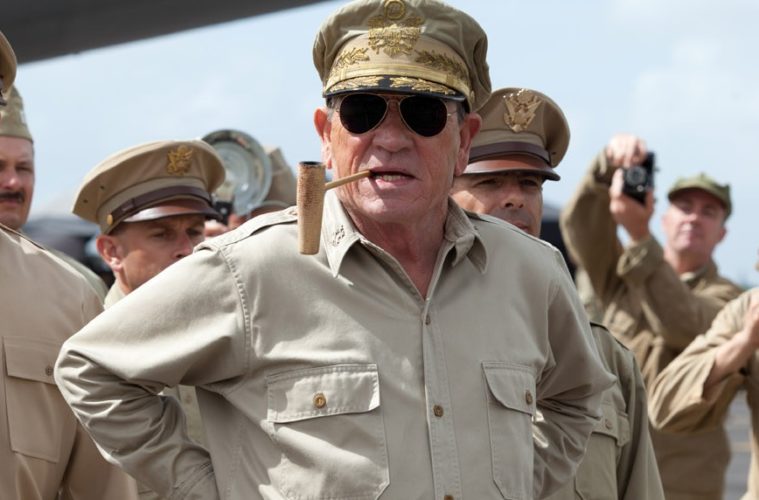 Premiering during a late slot at the Toronto International Film Festival last year, the latest drama from Peter Webber (Girl with a Pearl Earring, Hannibal Rising) seemed to go mostly unnoticed. Starring Tommy Lee Jones and Matthew Fox, Roadside Attractions is now gearing up for a spring release and we’ve got the first trailer.

Playing General Douglas MacArthur, Jones seems to fit the crotchety role and Webber looks to inject a glossy, almost Steven Spielberg-esque vibe to the proceedings, along with a side romantic angle dealing with Matthew Fox‘s character. While Hollywood is rife with war dramas, hopefully this is one of the more respectable offerings in the genre this year. Check it out below for the film also starring Eriko Hatsune and Toshiyuki Nishida.

As General Douglas MacArthur suddenly finds himself the de facto ruler of a foreign nation, he assigns an expert in Japanese culture, General Bonner Fellers, to covertly investigate the looming question hanging over the country: should the Japanese Emperor, worshiped by his people but accused of war crimes, be punished or saved?