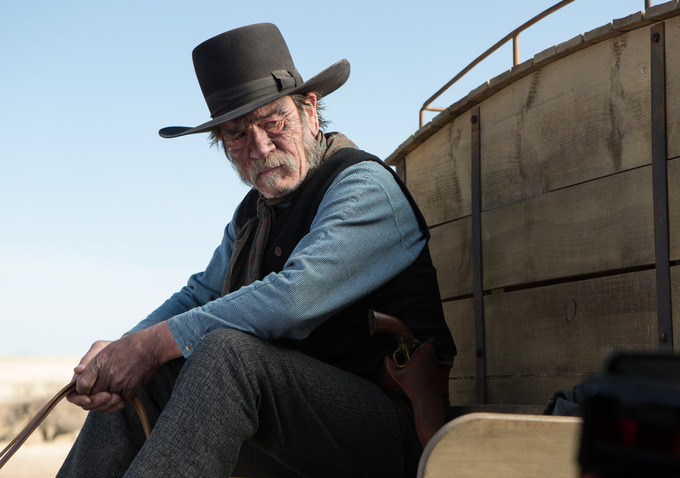 While its had a bit of a resurgence in recent years thanks to films such as True Grit, Meek’s Cutoff, and Django Unchained (although we’d argue it might not fit into the category), those looking for westerns would be hard-pressed to find something worthwhile this year (sorry, Seth MacFarlane). A fairly promising option is now arriving later this year with Tommy Lee Jones‘ next directorial effort, The Homesman.

Adapted by Jones himself from Glendon Swarthout‘s novel, the story follows him as a down-and-out man who gets recruited to take three women on an odyssey from Nebraska to Iowa. We were mixed on the effort at Cannes, saying in our review, “If Jones wants to become a great director of a dying genre, he cannot simply hope to mimic what the masters did. He must instead explore the meaning of each image he creates.”

Led by Hilary Swank, Grace Gummer, Miranda Otto, Sonja Richter, Hailee Steinfeld, James Spader, Meryl Streep, and Jones himself, audiences will get a chance to see the film themselves come November. One can head west by checking out the first theatrical trailer below, along with a batch of international posters.