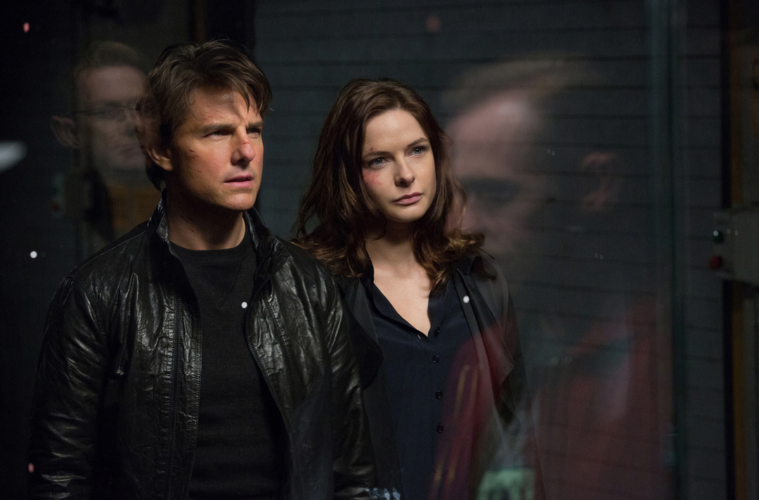 Tom Cruise Does the ‘Impossible’ In New Trailer For ‘Rogue Nation’

Reteaming with his Jack Reacher director, Christopher McQuarrie, Tom Cruise is back this summer with Mission: Impossible – Rogue Nation, another installment featuring Ethan Hunt’s globe-spanning high-wire adventures. Featuring the return of Jeremy Renner, Simon Pegg, and Ving Rhames, Paramount have now dropped another trailer for the film, which is set to arrive later next month.

As seen in the trailer, which sells perhaps the second-best summer actioner after Mad Max: Fury Road, this time around we follow the Impossible Mission Force (IMF) who are disbanded by Washington bureaucrats, but reteam to take on the evil organization known as The Syndicate. Also starring Sean Harris, Alec Baldwin, and Rebecca Ferguson, check out the first trailer below, along with a batch of character posters.