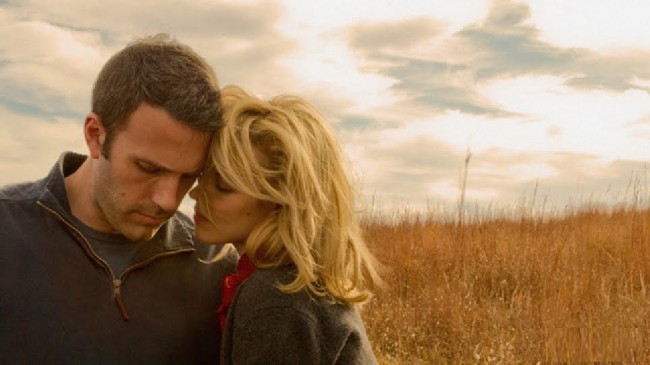 While he’s set to shoot two films back-to-back this summer and fall, Terrence Malick also has another film in the can and after going through some possible titles, including The Burial, it looks like the romantic drama has finally got it’s official name. The official Classifications & Rating Administration has revealed the name to be To the Wonder and it’s rating of R for “some sexuality/nudity.”

While we have no details on what that title actually refers to, this classification is a promising one, as it usually means the film is in its final stages of completion. It does state a 2012 release, but those are normally just thrown in there as a guess. Hopefully we’ll hear more when it likely hits the Cannes marketplace for buyers. Check out a synopsis of the film which stars Ben Affleck, Rachel McAdams, Olga Kurylenko, Javier Bardem, Rachel Weisz, Barry Pepper, Michael Sheen, Amanda Peet and Jessica Chastain below:

“[I]t concerns a philanderer (Ben Affleck) who, feeling at loose ends, travels to Paris, where he enters a hot-and-heavy affair with a European woman (Olga Kurylenko). Said Lothario returns home to Oklahoma, where he marries the European woman (in part for visa reasons). When the relationship founders, he rekindles a romance with a hometown girl (Rachel McAdams) with whom he’s had a long history.”

In the meantime, Malick is shooting Lawless (which will certainly undergo a title change due to John Hillcoat’s Cannes-bound drama of the same name) and Knight of Cups later this year, which include a cast of Christian Bale, Ryan Gosling, Rooney Mara, Natalie Portman, Cate Blanchett, Wes Bentley and Isabel Lucas. Stay tuned for any and all updates.