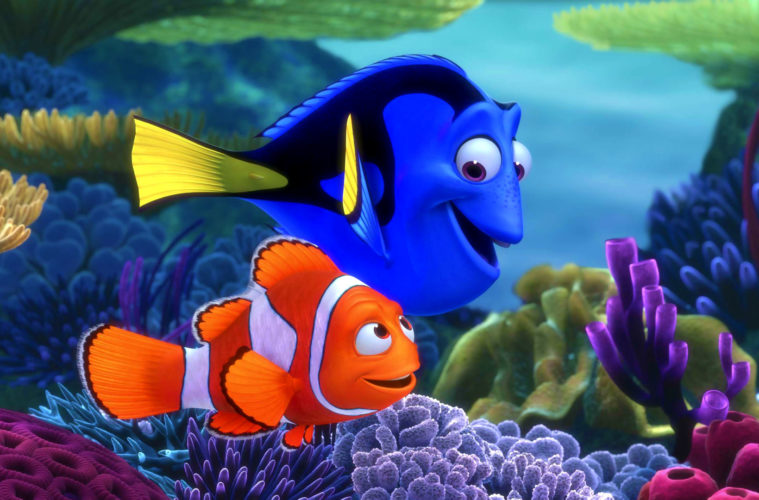 While this summer will see Pixar filling in some gaps with their Monsters Inc. prequel, Monsters University, they are set to expand the universe of another one of their hits with a sequel to Finding Nemo. First revealed last summer, it was confirmed director Andrew Stanton would return to helm after trying his hand at live-action with John Carter. Then its major cast fell into line with Ellen DeGeneres coming back as Dory and Albert Brooks returning as the voice of Marlin. We’ve now got some more details on the project, as the voice of Dory revealed on The Ellen DeGeneres Show the title and release for the upcoming animated film, which was later confirmed by Disney.

Pixar has given it the official name of Finding Dory, which reveals where this plot will head. The release date is also a bit sooner than previously thought, as it will land on November 25th, 2015. In a press release, DeGeneres says, “I have waited for this day for a long, long, long, long, long, long time. I’m not mad it took this long. I know the people at Pixar were busy creating ‘Toy Story 16.’ But the time they took was worth it. The script is fantastic. And it has everything I loved about the first one: It’s got a lot of heart, it’s really funny, and the best part is—it’s got a lot more Dory.”

Stanton also adds, “There is no Dory without Ellen. She won the hearts of moviegoers all over the world—not to mention our team here at Pixar. One thing we couldn’t stop thinking about was why she was all alone in the ocean on the day she met Marlin. In ‘Finding Dory,’ she will be reunited with her loved ones, learning a few things about the meaning of family along the way.”

Scripted by New Best Friend writer Victoria Strouse, the film will pick up a year after the first one ended and follows “Marlin, Nemo and the Tank Gang, among others.” Disney adds that the setting will be partially along the California coastline, and “the story also welcomes a host of new characters, including a few who will prove to be a very important part of Dory’s life.” Check out the first poster art below as we get more details. Are you looking forward to the sequel?