TIFF Review: The Odd-Job Men Explores a Volatile Situation in Barcelona with Compassion 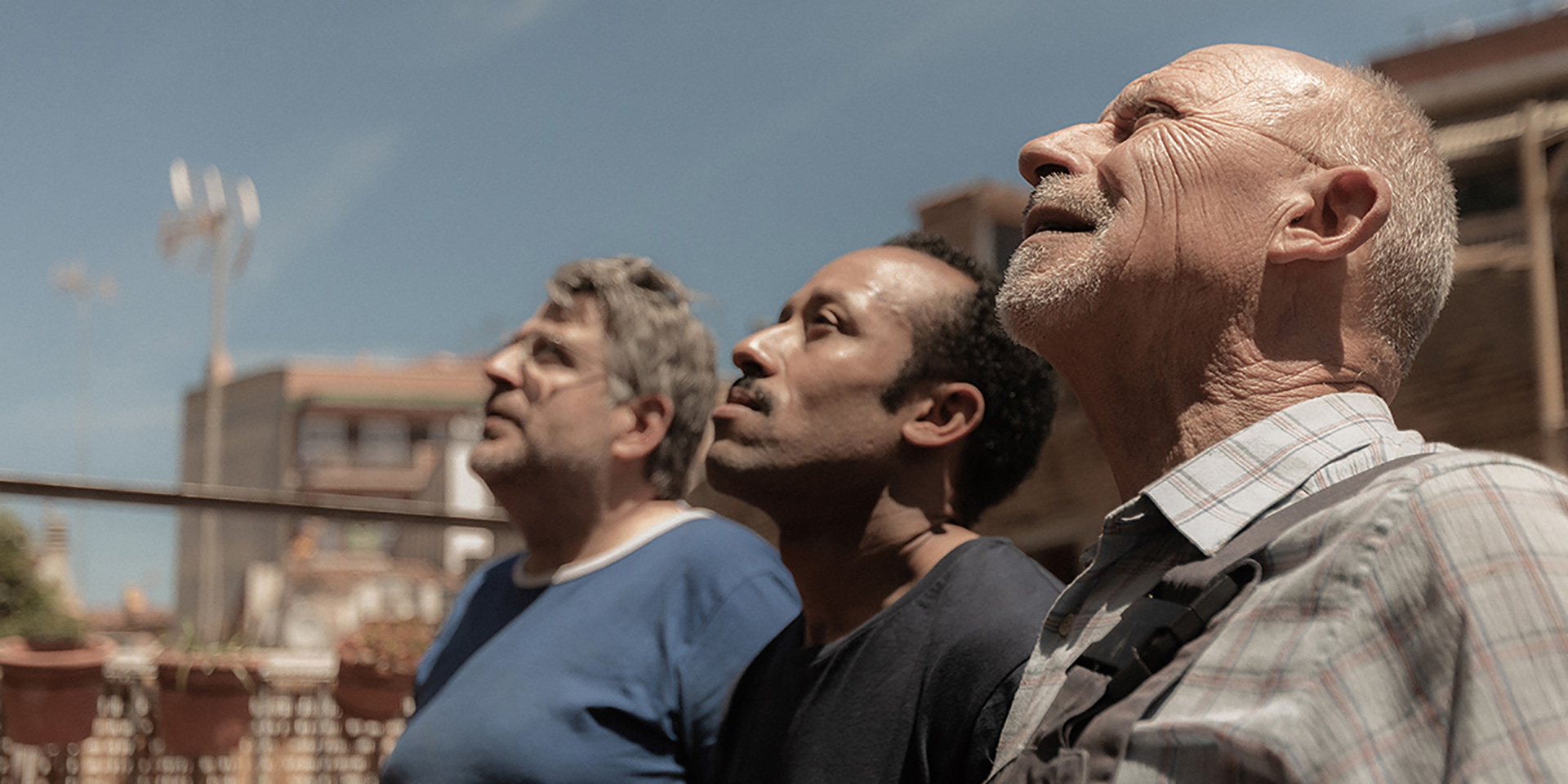 It’s an important week for three handymen in Barcelona. Pep (Pep Sarrà) is retiring after decades on the job. Moha (Mohamed Mellali) is showing what he can do as his potential replacement. And Valero (Valero Escolar) is left to reconcile their swap’s extreme change to his routine with an empty stomach due to a last-minute attempt to lose weight before a family member’s wedding that weekend. There’s a bit of “old man yelling at clouds” with Pep’s last hurrah providing the opportunity to tell builders how bad they are at their craft, some nervousness as far as Moha learning to balance politeness and professionalism when clients interrupt his work, and a lot of griping thanks to Valero’s petulant desire to sabotage every effort to make this transition smooth.

The result is six days of a volatile dynamic made worse by customers met along the way. Director Neus Ballús (who co-wrote with Margarita Melgar) infuses some memories of her plumber father talking about the wild tales he experienced throughout the years to make what, ultimately, proves a complex character study light on its feet. That means sending Valero and company to the apartment of an old man desperate to teach his secret for long life as well as an affluent studio photographer on the lookout for fresh modeling talent. There’s a home devoid of adult supervision with young pranksters causing chaos until their electricity is turned back on, and the clinically cold compound of a psychoanalyst automating every inch of his office.

Each day thus brings new frustrations as The Odd-Job Men of the title find themselves at odds with one another. Even when circumstances reveal themselves as the catalyst, the underlying current of their own differences inevitably proves the real culprit. Why? Because preconceptions color every response. Would Valero be so angry after Moha gets trapped in that old man’s kitchen to listen to him go on about the protein levels of spinach if he didn’t already hold a massive grudge? Probably not. The fact he’s been against Moha’s hiring from the beginning, however, renders every little slight and inconvenience into evidence that the Moroccan immigrant isn’t suitable. The truth, of course, exposes something different: it’s Valero himself that holds everyone else back with his loquaciousness, temper, and impatience.

Which isn’t to say a bit of inherent racism doesn’t play some role. Valero talks about how their born-and-bred Catalan clientele “don’t like foreigners” even as the opposite is proven time and time again—everyone loves Moha whether they’re young, old, men, women, rich, or poor. Moha’s Moroccan roommates presume this to be fact as well by constantly belittling his drive to learn Catalan (on top of Spanish) and invest in a community they don’t believe could ever accept them. It therefore exists. It always does with these types of overtly masculine relationship dynamics, intentionally or not. Ballús knows that it comes through regardless, though. She doesn’t need to focus on it when there are so many other ways to uncover the ubiquitous emotional insecurities of men.

There’s the constant berating, for one. Valero might be going much harder on Moha in the hopes of driving him to quit, but the way he carries himself in that fashion is not unique. He constantly frustrates Pep too (and may be a big reason for choosing retirement), but their rapport is reversed. Age (and experience) earns Pep a level of respect. Valero will listen to what Pep says and the old man will ignore his partner’s nonsense; his pride in doing immaculate work overshadows the noise. To therefore replace him with someone younger (and almost certainly better) than Valero forces the latter onto the defensive. Valero calls Moha “hot shot,” blames him for his own shortcomings, and refuses to entertain to anything he says.

Moha is meek in response. He’s trying to make a good impression, keeps his head down, and simply does the work. Just as he can’t say no to customers who ask him to accommodate their whims, he won’t hold firm and call Valero out on his bullshit either. That only guarantees it will increase until his rage about everything (work and friendships seemingly joining forces to tell him Barcelona will never be his home) explodes. Will that finally get Valero to smile in success? Or will it make it so he can no longer ignore the fact that he’s been at fault since day one? Add Pep’s own vendetta against the new generation wielding electric tools instead of artistry and the fear of obsolescence runs strong.

That’s men’s privilege in a nutshell, right? They become so infatuated with their own power that they intentionally torpedo anyone who dares ask for a piece of the pie, even if that newcomer’s goal is co-existence rather than some conspiratorial notion of thievery. That Valero holds firm to his spot while everyone else scoots aside to invite Moha in only causes him to hunker down further in displeasure. It gains him nothing, though. It makes him angrier, has him cheating on his diet, and eventually hating who he is in comparison to who he wishes he was—namely someone as young, driven, and likeable as Moha. And Valero’s actions affect everyone. Besides picking fights with customers, he also has Moha second-guessing his dream of fitting in.

While the package sometimes feels slight and obvious in its relatably familiar comedic scenarios, Ballús and company never undercut the message of compassion and inclusion beneath it. Mellali and Escolar play a huge role in this truth—they must both project who their characters are as well as the differing façades they’ve adapted for survival. Moha chooses reserved compliance to enter this world while Valero picks aggression to close its door. In the end, however, both want the same thing: acceptance and purpose. And we see, in certain moments when stripped of everything but their humanity, that it’s more than possible if they allow themselves room to become comfortable and let the other simply exist, to finally laugh with them rather than at them.

The Odd-Job Men screened at the Toronto International Film Festival.