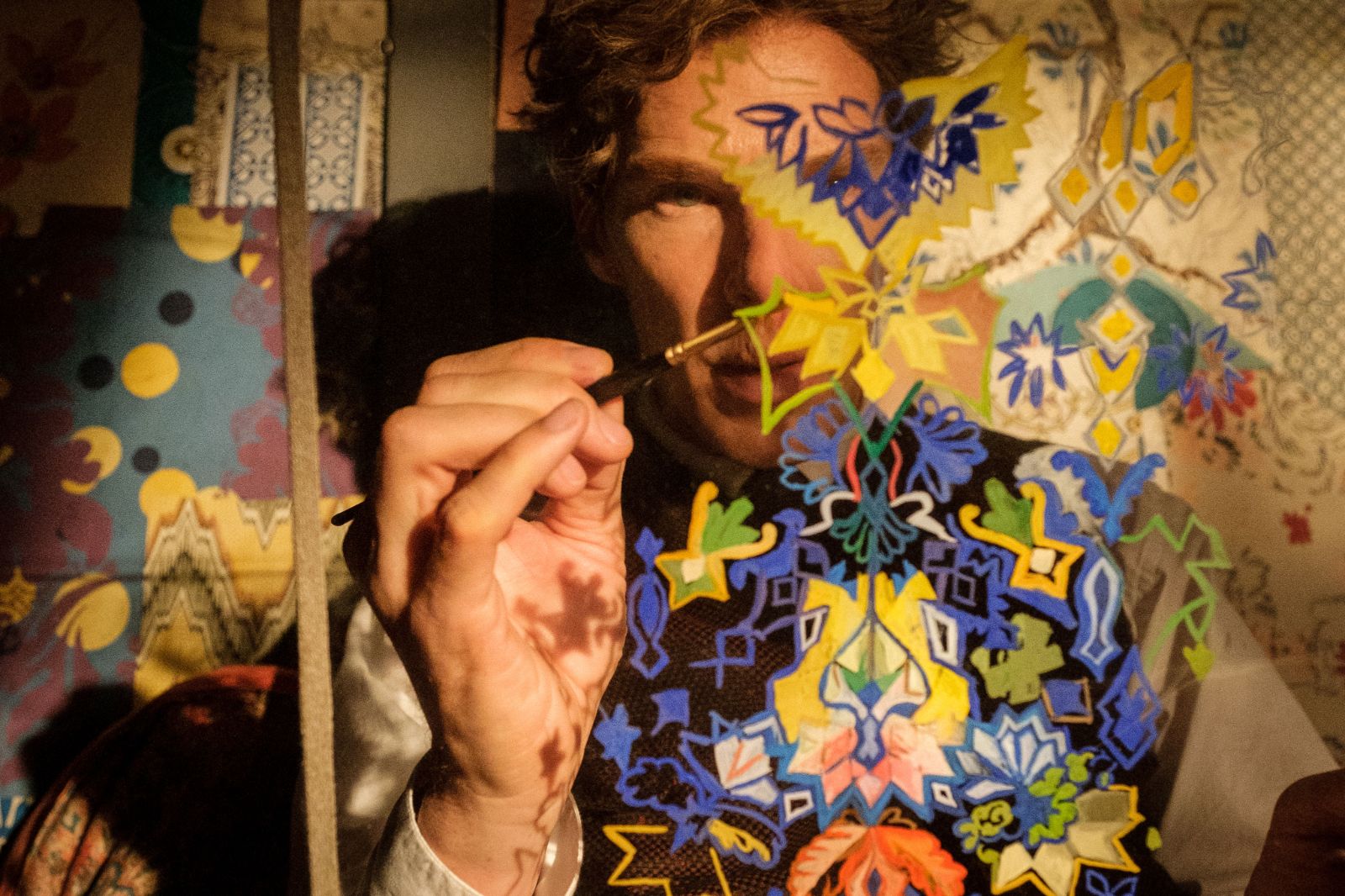 Benedict Cumberbatch is well-suited for roles like The Electrical Life of Louis Wain, playing a man known for his eccentricity and cat paintings around the turn of the 20th century. He glides through Will Sharpe’s bright film, his brain and words scattered as can be. His mustache hides a cleft lip, an oddity that plagued the young Wain’s confidence. But Cumberbatch’s portrayal of the painter, inventor, and teacher steamrolls any notions of non-assuredness, despite his night terrors or the miseries that befell him every few years.

Sharpe, known for the dark comedy series Flowers, takes a similar tone from his previous projects, balancing whimsy with a deeper sense of anguish. Louis Wain was a man in pain, struggling with childhood memories, constant grief, and mental illness throughout his life. Even in the moments of colorful portraiture, with most shots meticulously pushing towards an overwhelming amount of quirkiness, The Electrical Life of Louis Wain never can become a cheery film. It has to exist as a balance between the misery and creativity of someone who loved and very quickly lost, always tipping towards the burden of grief.

Narrated by Olivia Colman, reuniting with Sharpe from Flowers, the film hopes to be a biopic of discovery, one that will make audiences remember the name Louis Wain. Forced to become man of the house after his father’s death, Wain never quite cared for money or fame, instead spending his time devoted to pursuing various interests—writing musicals or sketching portraits for meager coins. He finds love with the family’s governess, Emily Richardson (Claire Foy), takes steady work as a cartoonist for newspaper editor Sir William Ingram (Toby Jones), and even picks up a stray cat named Peter. All is well for Wain. For about ten minutes.

That’s what separates Sharpe’s film: a cut towards melancholy and an exploration of how art and grief are intertwined. Emily gets diagnosed with terminal cancer. His family is bleeding money. His youngest sister has been put into a mental hospital. Sharpe doesn’t mute the color from Wain’s life, rather allowing it to simmer beneath, a bubbling undercurrent of sadness that exists outside these cat paintings, cat shows, cat alliances, and cat books. Once the director commits and focuses on Wain’s pain, Cumberbatch and the man he is honoring become more dynamic, more relatable, more intriguing.

Paired with Cumberbatch is Foy, and their chemistry bursts off the screen—something not oft said for the former’s romantic endeavors in previous roles. Together they look happy, and the joy between them infuses into a film revolving around difficulty. Foy grabs up scenes and her wry smile becomes one of the lasting images of Sharpe’s biopic.

Wain’s life is often farcical, drawing upon unlucky event after unlucky event, brushing a picture of a tortured genius. Usually, though, tortured geniuses end up being horrible people. They wreck those around them, breaking anyone and anything in their path. Not Louis Wain. He was a creative genius who was filled with creativity and love and care, much like Sharpe’s film. The silliness doesn’t intrude, providing bouts of respite rather than driving the narrative.

About halfway through Emily tells Louis her thoughts on cats: “They’re silly and cuddly and lonely and frightened and brave, like us.” It doesn’t play as melodrama or absurdity; when those words are said, Louis Wain’s face pops up. His story could be described in that very way. And Sharpe does an apt job capturing that. At a minimum, The Electrical Life of Louis Wain stirs up appreciation for these tiny feline creatures that have gone from the streets to staining the carpets. Out of unusual direction and honest portrayals emerges something much greater.

The Electrical Life of Louis Wain screened at the Toronto International Film Festival and opens in theaters on Oct. 22 and Prime Video on Nov. 5.