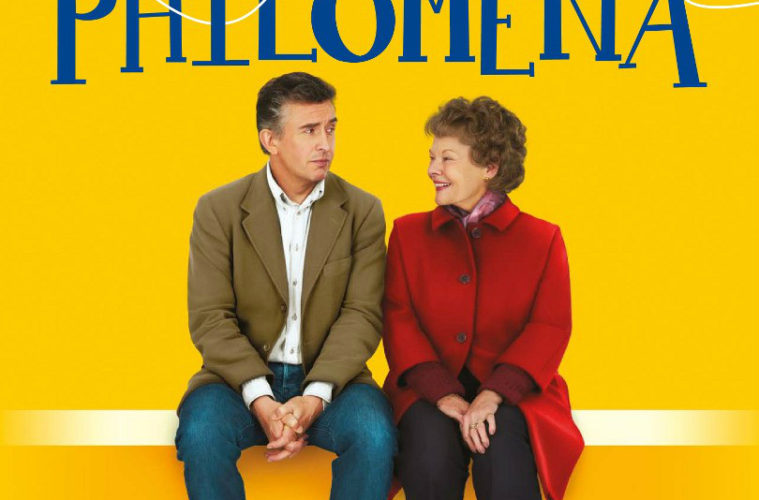 Philomena arrived at the Toronto International Film Festival from its world premiere Venice waving a flag that read “crowd-pleasing,” and that can be a scary proposition. That description can mean many things: inane, lowest-common-denominator, spoon-fed pablum. But Stephen Frears’s film is that rarity – a work that is genuinely crowd-pleasing, but also smart, funny, touching, and often surprising. In short, it’s a film your mother will love, and unlike most Oscar-bait, so will you.

The film’s basis in fact is one element of why it is so involving. We open in the Ireland of the 1950s, and watch as the sweet-natured Philomena Lee shares an intimate moment with a boy, dropping her candy apple in the process. (Just one example of Philomena’s memorable visual details.) Jumping ahead five decades, the aging Philomena (Judi Dench) stares mournfully at a photo of a little boy – clearly, the result of the tryst. Meanwhile, a former BBC reporter named Martin Sixsmith (Steve Coogan) is at the low-point of his career when an unexpected human interest (we can almost see him shudder) story falls into his life. It may not be exactly what he expected to be writing, but the witty, erudite Martin knows a good story when he sees one.

It seems Philomena and other many other “fallen” girls were turned over to a Catholic abbey with their babies, where they toiled away for several years, allowed to see their children for just an hour a day. Tragically, the young mothers relinquished all rights, and often watched as their infants were sold, in many cases to Americans. The boy in Philomena’s photo, her Anthony, was one such child. She searched on and off for information about her son for years, wondering if he remembered her (he was 4 when adopted by an affluent couple), if he ever looked for her, etc. Philomena’s adult daughter solicits Martin, and a search for Anthony begins.

Sounds syrupy, no? In lesser hands, it could be. But Dench brings a sense of optimism and real longing to her Philomena, creating a character who is never a caricature, and always believable. As she and Martin return to the abbey, and eventually head to America, Philomena learns the truth, and in Dench pulls off the complexity of the situation. She is wonderfully matched by Coogan, the great star of 24 Hour Party People and The Trip. Generally, he plays the mocking cad, but here, he is appropriately world-weary, a bit angry, and also truly caring. There is an important scene at a hotel breakfast buffet in which Martin is annoyed, regretful, and devastated in a matter of minutes. Coogan who co-wrote the script with Jeff Pope (based on Sixsmith’s book), nails it. Clearly, this is a performance the likes of which we have never seen from him before. The story is full of surprises that should not be spoiled, and Frears oversees it all with efficiency. His is one of the more fascinating filmmaking careers of the last 40 years, a mix of modern classics (The Hit, My Beautiful Laundrette, Prick Up Your Ears, the underrated Dirty Pretty Things), a few quasi-hits (Dangerous Liaisons, The Grifters, The Queen), several major flops (Hero, Mary Reilly), a certifiable cult classic (High Fidelity), and some WTFs (Tamara Drewe, Lay the Favorite). In Philomena, Frears has his greatest success in more than a decade. It’s a reminder that in his early 70’s, he remains capable of surprise — how Philomena Lee of him.

Philomena has a few modest missteps, and a frustrating moment or two (Philomena is more forgiving than Martin – and the audience – want her to be), but the film is so moving, so brisk, and so sweet that it is hard to be left with anything resembling disappointment. By the time all of the truths about Anthony’s whereabouts are unveiled, Philomena has moved from road movie to detective story to unexpectedly rousing weepie. The Weinstein Company will give this an Oscar push, but whether it garners any nominations or not, the story of Philomena Lee will surely go down as one of the year’s most well-liked movies. It gives “crowd-pleasing” a good name.

Philomena screened at TIFF and will hit theaters in December. One can see our complete coverage by clicking below.