There There Review: Andrew Bujalski Searches for Connection in Disjointed Experiment 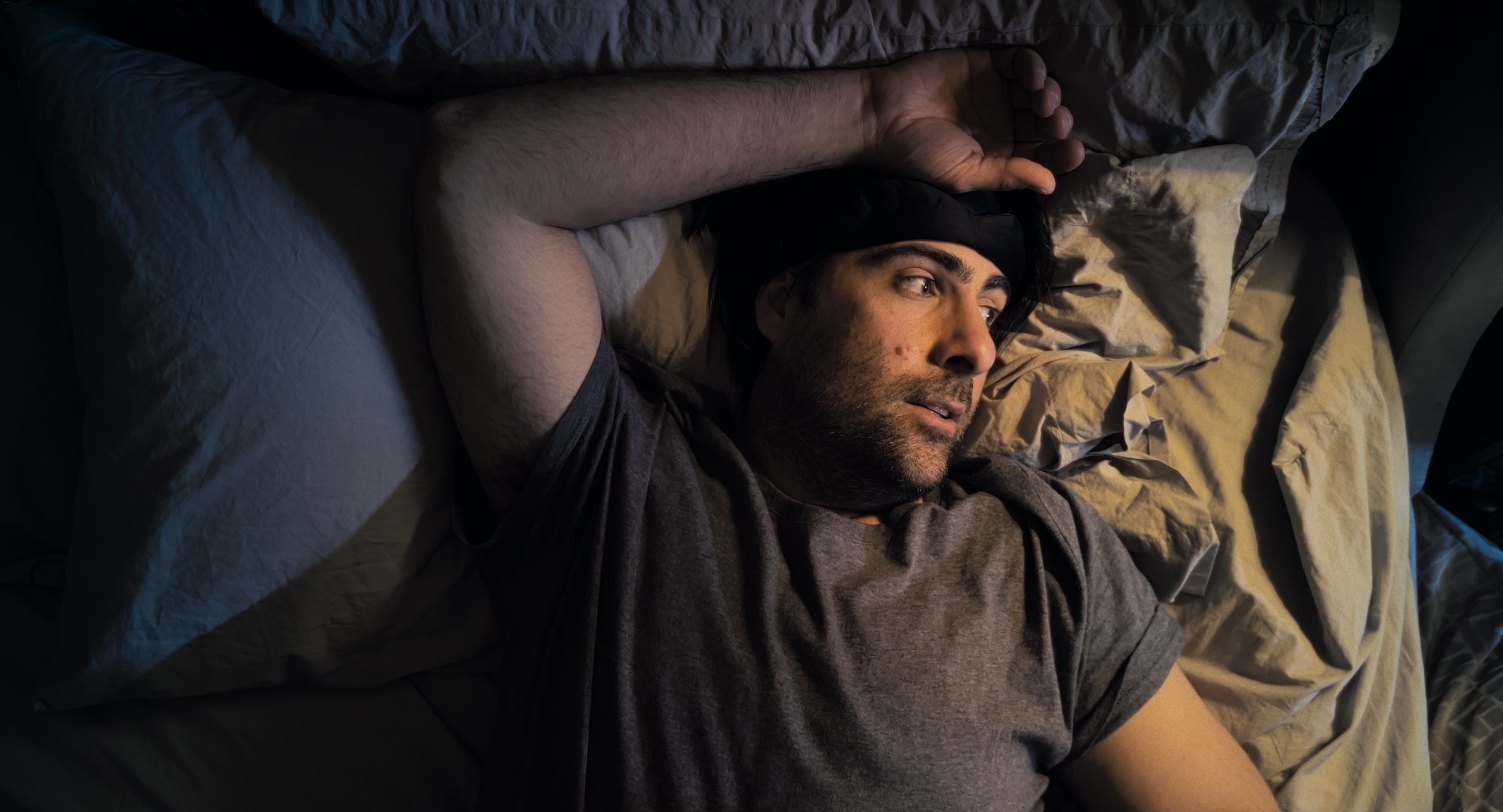 Support the Girls, Andrew Bujalski’s previous feature, was a far cry from his usual subgenre of mumblecore, with which he made his mark and was the primary focus of subsequent output over the last two decades. As one of the leaders of the movement––the likes of which also saw an emergence of Greta Gerwig, Lynn Shelton, and the Duplass brothers––his newest film There There returns the American director to the style and DIY nature of his earlier work.

There There follows several somewhat connected conversations in everyday scenarios. A slew of great actors (Lili Taylor, Lennie James, Jason Schwartzman, and Molly Gordon) lead this slight comedy that clearly avoided large casts and crews due to the COVID pandemic. These actors are paired off, in rooms by themselves or talking over video chat, isolated from the rest of the world even as they’re seemingly in a public space. Bujalski skirts the pandemic with this choice, wisely focusing on insights within the commonness of these conversations.

Each scene is connected with a solo musical performance highlighting different instruments. Bujalski has chopped up his film, and its story—too disparate to grab ahold of any one conversation—is also too disjointed to have emotional resonance. The film isn’t necessarily unengaging for its moments of clarity, wit, and personal understanding, but performers cannot carry the barebones nature of this narrative. It struggles under this disconnection, stuck in a sort of middle ground pairing instances of enjoyment with exhaustion.

Bujalski doesn’t seem overly concerned with aesthetics of this feature, either. He has decided to zero in on specificity within his dialogue, a realness that’s often present in mumblecore. But there’s a distractedness that feels present in his form, a misunderstanding of some audience members’ tolerance for more student-like qualities in a professional film. Several shots remain out-of-focus for moderate periods of time; the camera will rest on someone’s ears while they’re talking; a scene will be washed-out or too darkened due to the natural light. It all seems oddly deliberate for someone who made something as polished as Support the Girls only a few years ago.

All of these choices have the unfortunate effect of diverting one’s attention from lived-in characters. There’s a level of confidence to the camera’s imperfections, and it certainly puts more weight onto the performers and the sometimes snappy, sometimes awkward dialogue Bujalski puts forth. It requires more of the audience, though, not observing the quality of the image but the strength of its observations. I expect most will have neither the patience nor willingness to come on this tepid ride.

Yet each performance feels alive. Schwartzman, Taylor, and Gordon stand out, giving themselves over to a decent script that still understands these characters on a personal level. They elevate regular situations to a measured relatability, an “Oh, I know that feeling!” sense while watching them deal with common stressors of life. Most of these characters aren’t overtly likable, highlighted by odd idiosyncrasies, complicated beliefs, and ill-advised daily decisions. But Taylor and Gordon bring particular lightness to these people, inhabiting them, giving us someone to cling onto during an off-balance film.

Bujalski’s latest represents a return to mumblecore for the accomplished independent director, though not necessarily a continuation of his recent form. It’s disconnected, largely lacking emotional impact, and wasteful of a talented cast. Yet it slides by on the charm of these performers and the occasional wit of its script. There There will become like many daily interactions: something experienced, soon forgotten.

There There is now in theaters and on VOD.