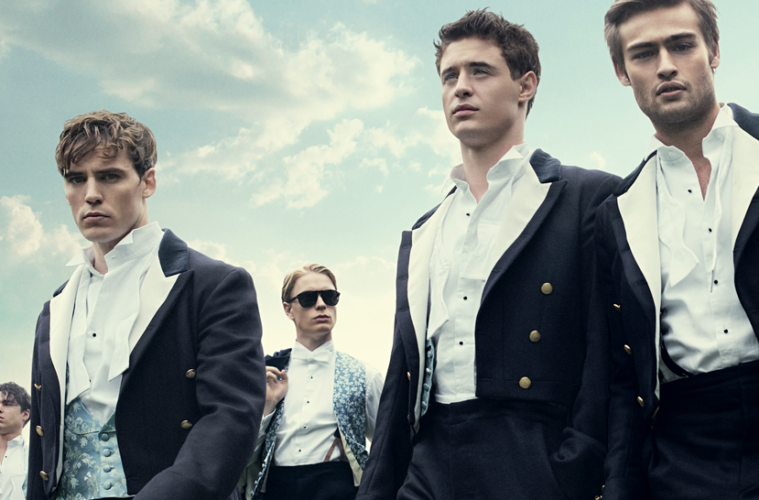 Following up the Carey Mulligan-led An Education and the Anne Hathaway-led One Day, director Lone Scherfig is returning this year with The Riot Club. Adapted from Laura Wade‘s hit West End play, the project follows a group of Oxford University students who try to join the titular club, a dark and dangerous, but alluring upper-class group. We’ve now a new U.S. trailer, which shows off the cast of up-and-comers, including Natalie Dormer, Jessica Brown Findlay, Sam Claflin, Holliday Grainger, Douglas Booth, and Max Irons.

We said in our review, “I’ll bet Laura Wade’s 2010 play Posh is something special to see on stage. A fictionalized take on Oxford University’s exclusive Bullingdon Club, it’s debaucherous centerpiece of a banquet has to be an invigorating experience live. I say this because its depiction in Lone Scherfig’s film The Riot Club (adapted by Wade herself) is a brilliantly choreographed sequence of status disparity, entitlement, embarrassment, and the cowardice of boys who have never been in a position where personal integrity matters above surname. And if the movie were solely this forty-five or so minute circus it’d be a resounding success. Unfortunately it isn’t, as for us to understand these rascals, we must first meet them.”

The Riot Club hits VOD and theaters on March 27th.