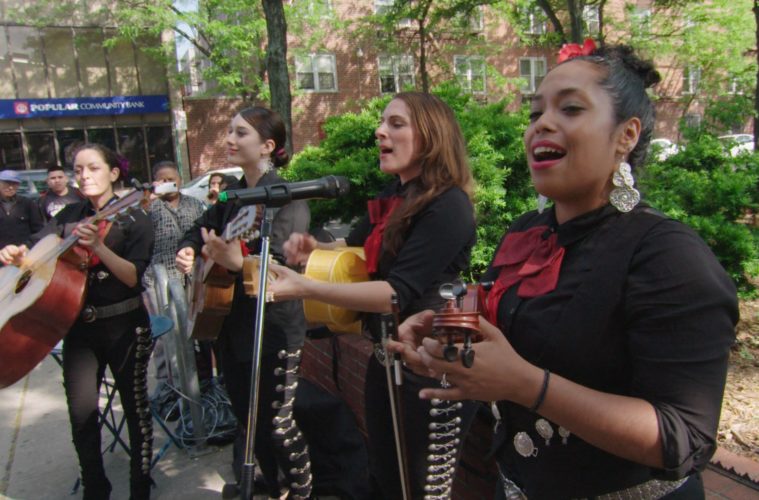 There’s the general idea in cinema that a director learns something with each new film, with his or her new work hopefully being more accomplished than the last. Frederick Wiseman, while still putting out great work, arrived on the scene fully formed with classics such as the controversial Titicut Follies and High School. At the age of 85, he returns this year with a new documentary, In Jackson Heights, which we named one of the best of Venice Film Festival.

We said in our review, “How amazing it is that a human being one century from now can fire up their wind-powered neuro-image-emitter, put on Frederick Wiseman’s In Jackson Heights, and really get a grasp of what it felt like for these people to live? The great documentarian’s latest film — screening out-of-competition this week at the Venice Film Festival — is neither a snapshot nor a love letter of some static environment, but a dense, kaleidoscopic study of a dynamic, evolving place. It’s like a time capsule of this community at a very interesting moment in their history.”

Set for a theatrical release in a few weeks, the first trailer has now arrived and can be seen below.

In the course of his brilliant, nearly half-century career, Wiseman has tackled both great social institutions (a prison for the criminally insane, high school, military, police, juvenile court, the welfare system) and cultural ones (La Comédie Française, the Paris Opéra Ballet, American Ballet Theater, London’s National Gallery). Here he profiles a community, Jackson Heights, one of New York’s most diverse neighborhoods, with immigrants from Peru, Colombia, Mexico, India, Bangladesh, and Pakistan (167 languages are spoken) – as well as elderly residents of Jewish, Irish and Italian extraction. Under the elevated train, a hodge-podge of stores sell whole baby goats, saris, and Bollywood DVDs; they offer HIV testing, Tibetan food, and classes for would-be cabbies. Jackson Heights is home to an activist LGBT community, to recent survivors of terrifying border crossings, students of the Quran, and small shop-owners who mobilize against the Williamsburg-ization of the nabe. Wiseman embraces a community that revels in still being affordable, 20 minutes from “the city,” and resolutely unhip.

In Jackson Heights opens on November 4th and Film Forum and will expand from there.