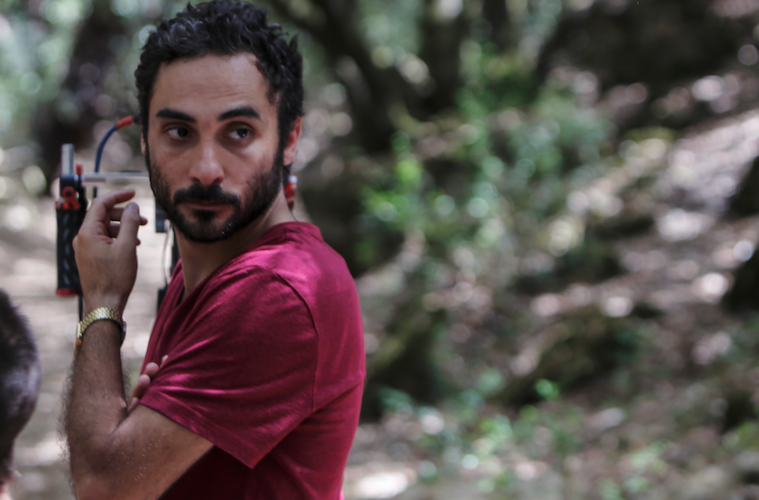 Premiering at the Venice Film Festival, Piero Messina‘s The Wait follows Anna (Juliette Binoche), a grief-stricken mother who needs to summon up a prayer and the last of her strength just to get out of bed after the unexplained passing of son Giuseppe. On one of those identical, insufferably quiet days that follow, she gets a call from Giuseppe’s Parisian girlfriend Jeanne (Lou de Laâge), whom he has invited to join them at their Sicilian family house. Knowing full well the girl’s mistake, Anna bids her over nonetheless and together they shall wait for a shared loved one who’s never going to return.

I had the chance to sit down with Messina during a roundtable interview at the festival to discuss casting and working with Juliette Binoche, doing many takes, the adaptation process, prior experience, the religious aspects, and more. Check out the full conversation below, along with four clips.

Did you reference Krzysztof Kieslowski’s Blue when you cast Juliette Binoche for this part?

There was no reference to the film actually. Blue is obviously a masterpiece, I loved it but I wasn’t thinking about it when I cast the part. There are two reasons why I wanted Juliette Binoche. First of all, the film is set in an empty house, so I needed two great actresses to fill out the empty space. And Juliette certainly fits the bill. The second reason is that this film is about what’s not said, it’s about concealing. And I think Juliette is the perfect choice for that.

How did a first-time feature director convince Juliette Binoche to be in his movie? And what was the experience like working with her?

I think the main reason is that we had a good script. When the producers first sent Juliette the script, they didn’t even hope to hear back from her. But she did. She called and said yes. So I think once you have a good script, part of the job is done.

It was really exciting and extremely interesting to work with Juliette. The way we worked together was very straightforward, partly because I don’t speak French, so there’s a language barrier. For that reason, we would reduce things to the essential. So it was a no-frills communication, bordering on the rude. But in the end, the character did come out. It took a while, it was a slow process, but the character gradually took shape through repetition. We did a lot of takes. At first, Juliette was acting outwardly. So it was a matter of taking it inside – sort of interjecting the story and the character – take by take. The more we repeated, the more inwardly the performance would go.

I remember Juliette told me on our first meeting that she had a method, which might sound a little megalomanic but it’s really not. She said: “I do not act. I am.” It’s not preposterous because what she can do is amazing. She can really recreate, assimilate the pain the character feels. She’s able to get into that and really live it. And she does so in a very generous way, because she puts herself completely at the disposal of that kind of emotions. To me it was very interesting, because as we were repeating many, many times, I would use her as a sort of probe that would dive into this ocean of suffering. And then it was my role to make the selection from those many takes.

What was the experience like doing so many takes?

At first it was quite tiring, because it was such a long and demanding process. But after a while we became totally passionate about it. For me, it was the first time that I got to work with such a great actress. But also for her, I think, it doesn’t happen that often that she gets asked to do so many takes.

How many takes do you do?

What was the purpose of doing so many takes?

It was a process of research. We were looking for something. For me that was an ideal condition, because we would both be doing this continuous research. We could have just used the first takes, but in my opinion, that would have been a waste of talent. There was also another factor, the factor of tiredness. We ended up using none of the first takes we did. Because when a person has gone to the bathroom to cry and is now back, you can tell from their eyes that they have been crying even without them saying it. That is partly why we always chose from the later takes for the final cut.

Can you talk about the adaptation process? Why did it take as many as four writers to adapt this play?

Actually we need to clarify: It was not really an adaptation. In the beginning what I had in mind was just something a friend told me, about a friend of his denying the death of a loved one. My memories of the religious processions in Sicily, along with many other things, also played a part. And then somebody told me that there’s a play by Luigi Pirandello (La vita che ti diedi) which dealt with those similar themes. So only then, during the fourth re-write, did we consider Pirandello’s material. I didn’t read the whole play myself, although my co-writers did. In all the official press materials Pirandello’s play is mentioned because it’s true we took some elements from his play – so it’s the necessary and respectful thing to do – but we really only used a few such elements. So I wouldn’t call it an adaptation, because that’s not how the project evolved.

The writing experience itself was weird, exciting and beautiful. All four of us had no experience writing feature films, so there was no method to be followed. We were very naïve, very pristine in how we approached the project. We had no idea how to write a script so with every re-write we would write a complete and completely different script. Two years ago I read all the different versions and put them together in our final screenplay.

But you have had filmmaking experiences before?

Yes. I have worked with Sorrentino and I had shot as many as 15 short films before, so I had filmmaking experience. But this was for me and my co-writers our first feature film. We all went to the Italian National Film School together. It took us four years to write this script and it was great, because we had the liberty to write and re-write. We had no deadlines so we would just keep writing. If it hadn’t been for the producer who told us to stop, we would still have been working on it.

Can you talk about the many religious symbols used throughout the film?

Well, I wouldn’t call this a religious film. What interests me is the mythology, the rituals of religion. The whole system of code, whereby universal truths are represented in a way that’s popular, easy and can attract people. It’s almost like a mise-en-scène. In Sicily you find it in the daily life. I’m very interested in that type of code and narrative. The Easter procession, for example, is amazing as you see thousands of people crying because they believe that a piece of wood is alive. That’s the power of representation and what really interests me.

The Wait premiered at the Venice Film Festival and opens on April 29th. See clips above.