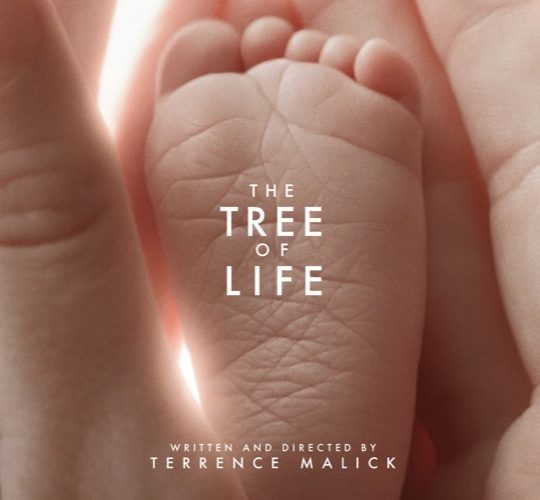 If you’ve been following our site, you know Terrence Malick‘s The Tree of Life is, one of, if not the most-anticipated film of the year. The Austin-area director won’t be having a secret screening at SXSW this month, but rather a likely Cannes premiere before its May 27th debut via Fox Searchlight. While snooping around its French distributor’s site, EuropaCorp, I came across the runtime for the film. Also letting us know it will premiere May 18th over there, it revealed a running time of 2 hours and 18 minutes. With not much to go on, let’s look how it stacks up against his previous four films:

There you have it, about the same running time as his last film. It will be interesting to see the mix of the universe and the personal family story fitting in that time, as VFX legend Douglas Trumball recently spoke about.

In other ToL news, composer Alexandre Desplat, nominated for his work on The King’s Speech talked about the process with Allocine. While you can view the video below, only our French-fluent readers will be able to understand. Thanks to U4 over at the IMDb boards, I’ve also included a rough translation, highlighting the key elements.

Terrence Malick.. he contacted me in 2007. And we met at Abbey Road in London. Then he told me about this project, saying that he really wanted, for the first time, to try having the music before starting editing the film. So I told him I would take him up on the challenge… live up to it but that it was something I was not used to do, because I like to see the films to feel the vibrations the energy, and that’s where my inspiration comes. But I told him we could try, so we tried. I wrote the music over the two years he was editing and filming. I recorded several times, 3 or 4 times, sometimes in London, then in Paris, then in Los Angeles, and I gave him, uh, pieces of music he has added at his discretion in the film. I knew from the beginning that there would be a lot of existing music in there, like he usually does in his films; there’s Berlioz, Ligeti’s there, and many more. I haven’t seen the finished film yet, unfortunately. [He talked to me, he guided me (implicit words, maybe edited by the journalist)] in terms of sensation, with classical references, of course, but too by evoking the film, by showing me sometimes clips of the film, by evoking the emotions that are the most, uh.. that are the most intimate in the film and to which he wanted me to refer. He talked about… uh.. He wanted the music to be a river flowing through the film, like that [gesture], coming down from upstream to downstream. Light, silence, innocence of childhood, things like that. Things that come up in all of his film.

Terrence is a scholar, a Francophile. He speaks French as well as you and me. He is nourished [his soul is nourrished] by German philosophy, French philosophy, English literature, et cetera. He knows astronomy and ornithology, and he knows music very well.. even if he tries to hide it. But for example, he can sing the third movement of a sonata of Beethoven.. So he is, he is unbelievable, he’s an absolute genius … For me he’s like the medieval monks who were the bearers of knowledge. He is… he is an extraordinary being, holed up in his house in Austin, where I got to work with him several times. You know, he’s a real character.

A Monk-like Malick? That sounds about right. The music in the trailer is actually not from Desplat, so we have yet to hear any work he has done, but from this interview, it does indeed sounds promising.

Synopsis: From Terrence Malick, the acclaimed director of such classic films as Badlands, Days of Heaven and The Thin Red Line, The Tree of Life is the impressionistic story of a Midwestern family in the 1950’s. The film follows the life journey of the eldest son, Jack, through the innocence of childhood to his disillusioned adult years as he tries to reconcile a complicated relationship with his father (Brad Pitt). Jack (played as an adult by Sean Penn) finds himself a lost soul in the modern world, seeking answers to the origins and meaning of life while questioning the existence of faith. Through Malick’s signature imagery, we see how both brute nature and spiritual grace shape not only our lives as individuals and families, but all life. The Tree of Life stars Brad Pitt, Sean Penn, and Jessica Chastain. It will hit theaters May 27th, 2011.

What do you think about the runtime? The score details?