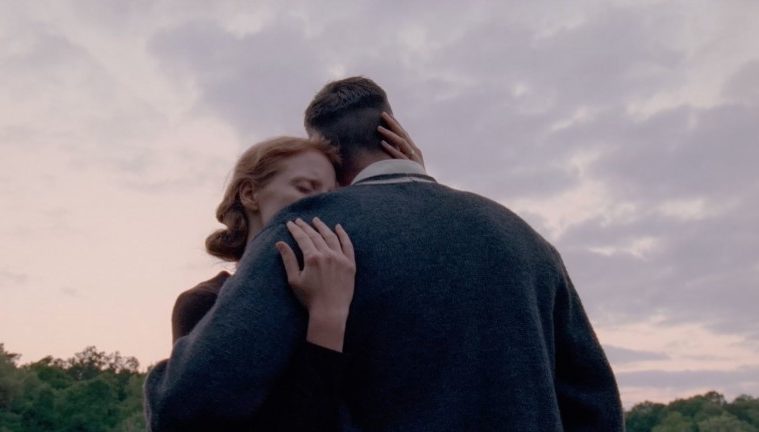 “Tell us a story from before we can remember.”

How can you improve upon one of the greatest films of all-time? Terrence Malick’s “Extended Version” of The Tree of Life–188 minutes long and now available on The Criterion Collection–is less a radical reinvention and more a gratifying expansion, giving a deeper imprint to various threads of the original, ultimately sculpting a more affecting, fleshed-out picture of a story that remains boundlessly evocative in its ambition.

At first blush, one will notice the differences in Sean Penn’s introduction. Adding more torment to his life–including hints of extra-marital affairs and metaphoric visuals for outrunning his demons–gives additional credence for why he’d be reflecting back on the fractured memory that is his childhood, if you happen to agree with that interpretation of the film. In this section, Malick also introduces a brief but no less rousing mix of lo-fi new material and archival footage, a preview of the formally thrilling experimental route he’ll expand upon in his subsequent prolific streak.

When it comes to the bulk of the 50 minutes of new material, it is to branch out the 1950s-set section, primarily the character arcs of Brad Pitt, Jessica Chastain, and Hunter McCracken. New shots are interspersed here and there at a frequent pace, but it’s a few new passages that provide the biggest changes. When it comes to Mr. O’Brien, his unceasing authoritarianism is given more of a backstory with the depiction of his father, who worked endlessly in a thankless job, laying the steps for his son to do the same (and why it’s frequently imparted to his children to not follow in that path). This leads to added weight in one of the best scenes of the original version: Pitt (on the piano) has a bonding moment with Laramie Eppler’s character (playing on the guitar), as they perform Francois Couperin’s Pièces de clavecin, Book II 6e Ordre N°5: Les Barricades Mistérieuses, which becomes a greater recurring theme running throughout the film. It’s one of the few moments we see another side of Mrs. O’Brien, adding to why the boys still may harbor some affection for their tough father.

The most complete new sequence comes with a tornado that rips through town when Pitt’s character is out on a business trip, proving that the way of nature will always find a way to disrupt. It’s a sharp change from the idyllic exuberance in the original version, where Mrs. O’Brien and kids reign free in the absence of Mr. O’Brien. That section is, of course, still intact, but this elaborate tornado sequence is the clearest connection to the fearsome power of the universe as seen in the more abstract book-ends.

The expansion of Chastain’s character is slightly less successful. In the original version, her power came with being the utter embodiment of grace, and most of her dialogue delivered in the form of a heavenly voice-over. In this new version, her fun-loving brother pays a visit (providing a stark contrast in a father figure vastly different than Mr. O’Brien) and in her home, Chastain’s character discusses the life she’s forgone when deciding to get married, especially to someone so controlling. One wishes this was expanded upon, but in its current form, the over-written point is rather hollow and obvious considering the sheer emotion Chastain can convey in just a simple glance. “There are two ways through life: the way of Nature, and the way of Grace. You have to choose which one you’ll follow,” Mrs. O’Brien says. The filling out of these progenitor roles reduces the symbolic strength of these disparate paths, leading to a more human portrait of both. Whether it’s better or worse will be up to each viewer, but overall, it’s the most major alteration from the 2011 original.

Hunter McCracken’s character Jack is also graced with a more well-rounded arc. There are additional scenes of him at both Sunday and middle school (a shot spotlighted on the Criterion menu of children in utter delight on the playground remains maybe my favorite of the film, partially due to the musical choice) and we get more perspective of the relationship with his father, due to the addition of one of his friend’s stories. In it, we see his classmate get mercilessly ridiculed at the hands of his abusive dad, revealing that perhaps Mr. O’Brien’s hard-won tactics aren’t as evil in comparison. In final passages, we see Jack headed to a Christian boarding school as hints of a more complete life with romance and friendship is in his future, albeit with a tinge of isolation, perhaps foreshadowing the Jack of the present day.

If The Tree of Life is a cinematic poem–as it has so often been referred to since its birth at Cannes Film Festival in 2011, where it won a deserved Palme d’Or–this new edition, arriving seven years later, adds and expands stanzas that convey a profound satisfaction while still staying true to Malick’s original vision, one full of mystery and wonder. By expanding what already made the original superb, the “Extended Version” could very well be the definitive version; at least until Malick returns to the editing room.

The Tree of Life is now available on The Criterion Collection. One can read Kent Jones’ new essay here.