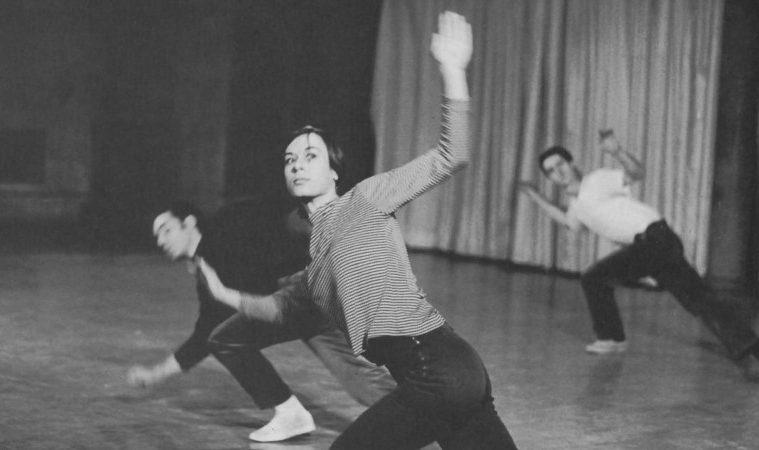 The Trailblazing Innovation and Depth of Yvonne Rainer

Yvonne Rainer’s artistic output is a wellspring of innovation and singularity. In 1962, she co-founded the Judson Dance Theater and created new worlds with experimental, expressive movement that stripped dance of its spectacular nature in favor of creating a new language through the human body. But as daring as her choreography happened to be, she found the end result limiting at the time and looked for other outlets of expression. This is how Rainer came to filmmaking, and she took what she learned from dance to once again trail-blaze a path for her voice — this time in the landscape of art films in New York from the ’70s onward. To celebrate her work, the Film Society of Lincoln Center is offering a rare glimpse into the filmography of Rainer with a retrospective spanning her entire career, as well as influences, from July 21-27.

In the late ’60s, Rainer began infusing her skills as a choreographer and supplanting her “No” manifesto into a handful of shorts that would lay the groundwork for her earliest film, Lives of Performers. The “No” manifesto consisted of 13 rules that would find something akin to nirvana in the demystifying of dance by reducing it to base gestures, which would, in turn, maximize the humanistic qualities of movement. There is a hard juxtaposition within the nature of the “No” manifesto, which complicates narrative structures. When applied to cinema, the manifesto may seem restricting in theory, but, in practice, the dissolution of the old ways, in light of a new path, represents an ultimate freedom for what a director, choreographer, or actor can portray in terms of narrative structures simply within the actions of the body.

Lives of Performers (1972) is given the subtitle in parenthesis (a melodrama), and, like much of Rainer’s work, there is some reconciliation with past cinematic techniques and genre. The most common of these are narrativity of what was once referred to as “women’s weepies” and silent film. In Rainer’s work, especially the her earliest films, intertitles are frequently used to create additional context for movement. Characters speak in her debut feature, but the audio track isn’t synchronized. Rainer’s voice can be heard and intertitles are cut in, creating dense dialecticism between the audience, performers, director, the cinematic world, and the real world. A laugh track can sometimes be heard, and one wonders if it isn’t merely the performers themselves laughing at their own cinematic conflicts. Even she raises tongue-in-check questions with onscreen text such as, “Which woman do you think the director sympathizes with more?” The movie, about a man who can’t make up his mind, is an analysis of the love triangle — at times blisteringly funny and emotionally affecting.

Rainer’s dynamic qualities as a director would only grow in her next film, perhaps her best: Film About a Woman Who… (1974). Gone is the brisk, oftentimes humorous tone, in favor of something more blatantly furious and altogether feminist. Rainer was emboldened by the the second-wave feminists of the late 1960s and early 1970s, and was in step with the changing attitudes of the times. In the seventies, at least in independent or experimental features, women weren’t afraid to make bold, brash, indignant statements on the world they lived in and how masculinity and oppression were overbearing forces at work. The likes of Chantal Akerman, Barbara Loden, and occasional collaborator Babette Mangolte offered a taste of what the New American Cinema could look like in feminine hands. Here were filmmakers offering challenging, dense ideas of womanhood and the female psyche without being burdened by the needless sexualization and hard masculinity of New Hollywood.

Film About a Woman Who… exhibits a literal evolution in Rainer’s style as she moves out of the dance halls and studios and into the bedroom. Whereas her first feature was a sly inquisition on the dynamics within a love triangle, this is bitter, ripe with betrayal and seething with dissatisfaction in every pore. This movie bores into the mental state of women and their bodies as they exist within a world that is uniformly alien. At one point the words “I refuse to compromise with a world to which I have been a total stranger from the beginning” appear on screen, and it’s as good of a feminist manifesto as anything in the history of cinema. The phrasing of those words drips with anger and a volatile nature that blends into Rainer’s cinematic form. The most striking sequence is a long moment where a man slowly pulls down a woman’s clothes until her entire body can be seen. This image is framed so that he’s staring directly into the camera, as if he’s a carnival ringleader showing off his prize. It’s disquieting and slowly upsetting, much like the rest of the film, which sees arguments broken into long sequences of still images of women with their backs turned to the men in their lives.

As Rainer’s career blossomed through the ’80s, she began to drift towards more narratively conventional cinema, but her politics remained as sharp as ever. In her film Privilege (1990), she tackles themes of menopause, feminism, race, and class in a formal marvel that makes narrative and live-action documentary symbiotic in a knotty piece of overlapping theory. The film sees fictional documentary filmmaker Yvonne Washington (Novella Nelson) setting out to chronicle the lives of women pre- and post-menopause, through talking-heads segments, alongside her longtime friend, Jenny (Alice Spivak). Throughout, clips from older medical videos on menopause are edited into conversations to show how far-fetched and off-base the medical treatment of older women was and still is to this day. Jenny’s conversation unfurls into deeper issues such as race and class when she tells Yvonne about a moment in her past involving the sexual assault of a friend. Like all of Rainer’s other features, Privilege prioritizes conversation within itself and the audience. Her dialecticism opens the door for layered storytelling, and her willingness to take form to extreme levels, especially in the oftentimes routine genre of documentary, opens narrative pathways within which characters and viewers may languish. Few directors would have the gall to implicate themselves in the narrative, and Rainer does just that here, likening herself, through the authorship of Jenny’s character, to a recovering racist. The honesty within Privilege and the rest of her oeuvre only bolsters her tendencies towards exploration and experimentation within cinema. She is not merely a director of style, but of extreme depths. An artist with a titanic understanding of who she is and what she wants to accomplish, Yvonne Rainer possesses a singular voice — one very much worth discovering. Her name deserves to be listed among the very best artists the United States has ever produced.

Talking Pictures: The Cinema of Yvonne Rainer is now underway at Film Society of Lincoln Center through July 27.