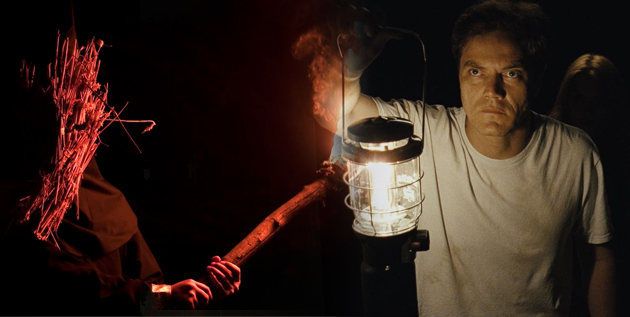 You’ve read our Top 10 Openings of 2011 and now we have the other side of the spectrum. Don’t you hate it when you walk out of the theater and just moments later you forget what happened? If this occurs during every film then I urge you to see a doctor, but most of the time it conveys how important an ending is. A great one can lead to endless discussion or can even make the preceding film just a touch better. Whether they are jarring, harmonious or anywhere in between, we’ve counted down our ten favorites of the year. Check them out below and of course, beware of spoilers.

Moments after Martin Scorsese and Ben Kingsley dropped a load of dust into the theater, we’re treated to a little coda for this incredible film. Scorsese indulges himself in another gorgeous, extended shot that sweetly wraps up the stories of all our main players, concluding the take – and entire journey – with the object that started everything. Best of all, it sends you out of the theater with a feeling warmer than most movies could even dream of providing. – Nick Newman

An epilogue that’s an answer, in many ways, to the opening shot that haunts the rest of the film. Director Alexander Payne offers a locked-off shot of a couch and the people who fill it. As they watch television and eat some ice cream, we watch life go on. – Dan Mecca

Director Drake Doremus takes a page out of The Graduate here, in which we find our two lovers together at last, happy and free and in love. Until the camera reveals our hero’s face, and we see his realization that he might have just trapped himself for life. – Dan Mecca

The best finales are the ones that bring their story to a fitting resolution and leave you with a lasting impression. In Shame, Steve McQueen captures the curves and lines in Michael Fassbender’s face during a mirror to an earlier, pivotal scene – but it’s not quite right. That prior expression of sexual power has transformed into weakness, and it leaves no answers about his current state. It only makes you question, especially with the last beat. – Nick Newman

It was the best of endings, it was the worst of endings. Writer/Director Sean Durkin‘s debut feature, a subjective look at one girl’s tortured past gave, us a healthy amount of hints but no firm resolution, lending one group of people to yell “cop out!” while the others ssshhs them, trying to figure out what the next step is. The right answer, of course, is whatever you want it to be. Which, in my case, means that everybody’s dead. Just a reminder to all the kids out there – don’t join a cult. Even ones with women as beautiful and talented as Elizabeth Olsen. – Mike Anton

The award for the biggest WTF ending of the year goes to Ben Wheatley‘s dizzying Kill List. A film that provides very little hints to its audiences with its many genre switches ends with something from your darkest nightmares. It isn’t the most satisfying, but here is a bold ending that will will never leave your brain. Whether that is for better or worse is up to you, but it is a must-see regardless. – Jordan Raup

In a movie full of emotional and psychological highs and lows, this scene stands as both the most dizzying high and terrifying low. Michael Shannon’s Curtis has been struggling with apocalyptic visions for weeks. There are only two seeming outcomes possible – that the world is really ending, or he is going insane. Either way, his family hangs in the balance, and all eventualities stand to take them from him. When the truth is revealed it’s a terrifying moment for what it means to him, his family, and perhaps the world at large. It’s a chilling, inevitable ending to a painful journey. – Brian Roan

Certified Copy starts as a normal tale of two art-loving strangers strolling through Tuscany; 100 minutes or so later, we’re questioning if they’ve been joined in matrimony for the past fifteen years. Before the concluding shot we see Juliette Binoche break out a knowing smile, then resigning into something of a defeated glance. Kiarostami then leaves the mystery hanging in the air (or lets it exit via a window), relying entirely on a center-framed William Shimell, wearing an expression that could be considered distressed — but why? Because he’s leaving his wife behind? Because he’s spent the day playing up some bizarre illusion? Heck, both? I haven’t a clue, and I’d hope that no one is aching to find out themselves. That would be missing the point entirely. – Nick Newman

You can’t say that Lars von Trier is a man who doesn’t keep his promises. His film Melancholia said the world would end at its conclusion, and boy, does it ever. In what is both a mercy killing and an abject tragedy, von Trier sends a massive, rocky manifestation of depression hurdling at two sisters and one little boy, destroying the rest of the earth in kind. With some of the loudest sound design I’ve ever heard, von Trier realizes our fears of a dinosaur-like death, a fantastic exclamation point on an otherwise patient and poetic film. One thing is certain: there will be no sequel. – Mike Anton When the credits roll during the last shot of Asghar Farhadi‘s dramatic masterpiece, I let out an audible gasp. No, the world isn’t ending nor is a possible killer around the corner. It speaks to strength of the film that I adored these character so much, I was overwhelmed this will be the last seconds I’ll ever spend with them. Will the estranged reunite? Which parent will their daughter choose to live with? It is an ending that will resonate with me for as long as I can imagine, and for that, it is the best ending of the year. – Jordan Raup