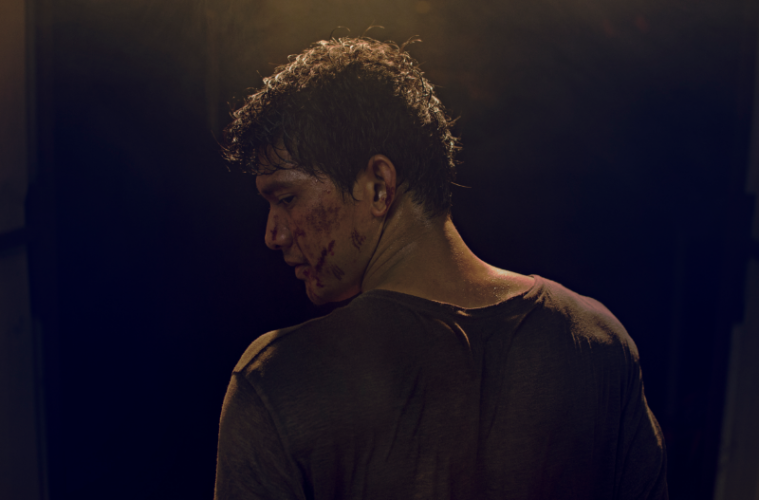 If you’re like me, the name Iko Uwais attached to the words Action Movie is enough to get you amply excited for the project, regardless of all other factors. Until a Raid 3 happens or not, Uwais is keeping those cement-wall-hardened knuckles sharp. So comes the first trailer for the cleanly titled Headshot, helmed by Timo Tjahjato (co-director on the V/H/S 2 segment Safe Haven with Raid helmer Gareth Evans) and Kimbo Stamboel (producer on Safe Haven).

It’s the classic action flick set-up: A man (Uwais) washes up on shore with amnesia. A sweet, caring doctor takes him in. His past comes to haunt him, big time. That’s all you need before the bullets fly and tables break. The kinetic, frantic style of screened Indonesian action popularized by Gareth Evan’s Raid series is on full display in Headshot. There’s a specific style to the way the fully-automatic firearms are unleashed, a particular sense of energy as the camera topples about trying to capture hard-landed fists and brutal knife slashes that boldly announces the specificity and singularity of Indonesian-based action cinema, and assures the viewer these people do not mess around.

Ahead of a TIFF premiere, see the trailer and a poster below, for the film that also stars Sunny Pang, David Hendrawan, and Very Tri Yulismann (Baseball Bat Man from The Raid 2).

Uwais (“The Raid”) plays a young man who washes ashore, an amnesiac with a serious head injury whose past comes back to haunt him shortly after being nursed back to health by a young doctor. Violence ensues. Sweet, sweet violence. Headshot opens in Indonesia on December 16th, but is still awaiting U.S. distribution.