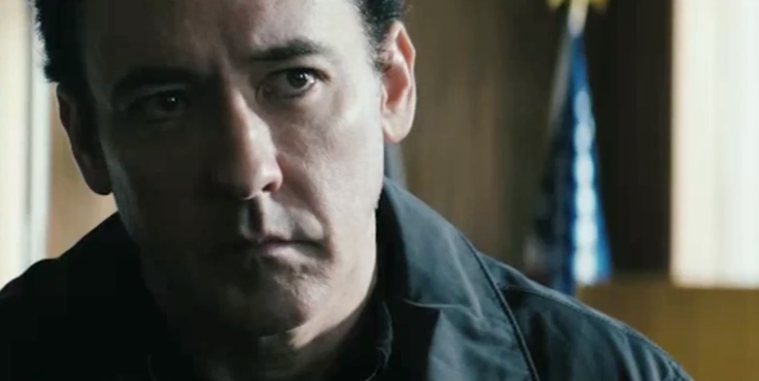 Working just about as hard as Nicolas Cage, John Cusack has become another busy Hollywood actor whose next film seemingly comes out of nowhere and unfortunately, more often than not, is a piece of junk. Aside from the enjoyable Hot Tub Time Machine, Cusack has been on a rough streak including The Raven, The Paperboy and the currently long-wrapped and undistributed  The Frozen Ground, The Factory and Shanghai (not to mention another half-a-dozen films currently in some stage of production).

We’ve got the trailer for his latest today, the thriller The Numbers Station, which comes from Danish director Kasper Barfoed. Featuring Cusack as a veteran CIA black ops agent who must project a code operator (Malin Akerman) and, as expected, things go horribly wrong. Unfortunately this one looks to be another rough spot in Cusack’s career, looking like a low-rent, straight-to-DVD thriller. Check out the trailer and poster below and let us know if you think differently. After his latest mission goes disastrously wrong, veteran CIA black ops agent Emerson Kent is given one last chance to prove he still has what it takes to do his job. His new assignment: guarding Katherine, a code operator at a top-secret remote CIA “Numbers Station” where encrypted messages are sent and received. When an elite team of heavily armed assailants lays siege to the station, Emerson and Katherine suddenly find themselves in a life-or-death struggle against an unknown enemy. With the station compromised and innocent lives at stake, they must stop the deadly plot before it’s too late.