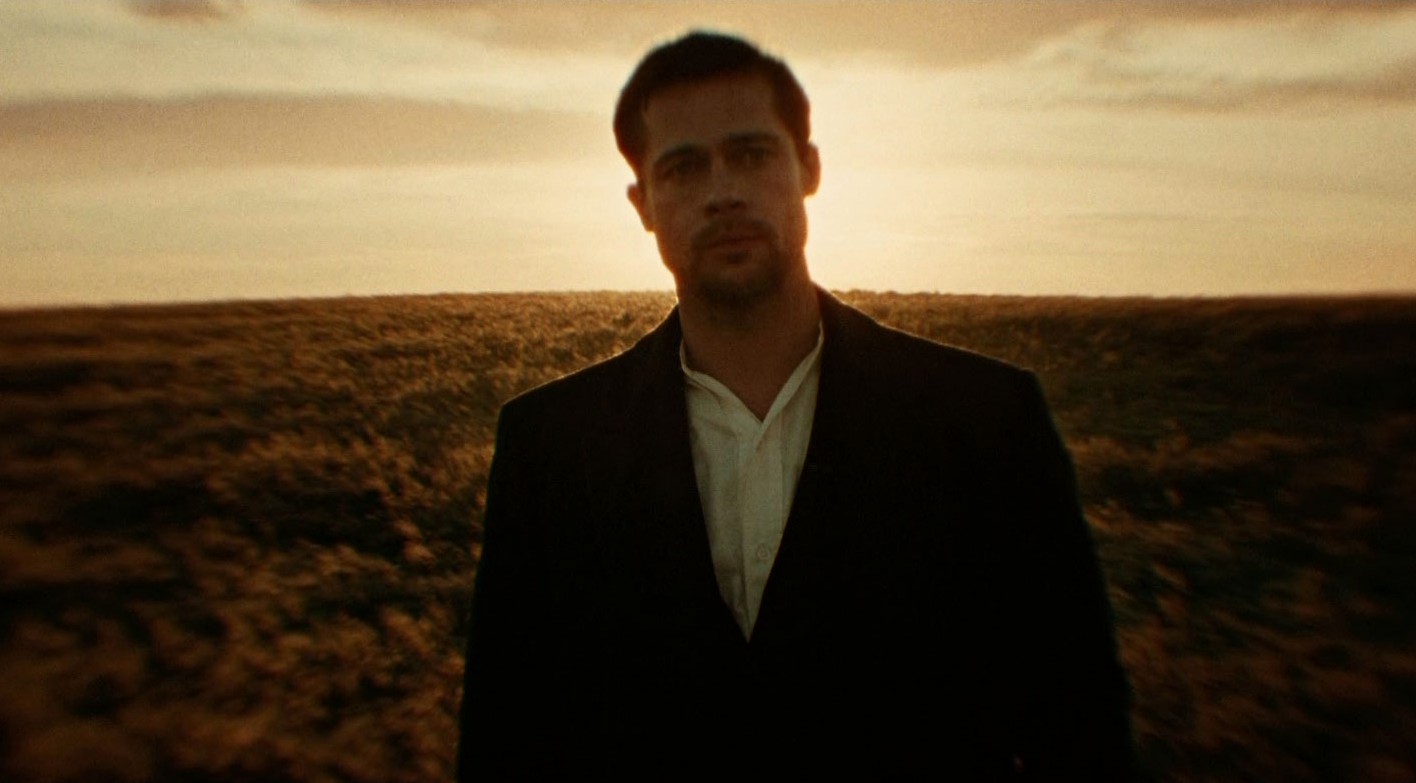 From the opening frames of The Assassination of Jesse James by the Coward Robert Ford, Andrew Dominik stokes the flames of our own fascination with the infamous outlaw. We learn of his seventeen claimed murders, countless robberies, the bullet holes in his chest, the missing nub of his middle finger, and the fact that even his children didn’t know his name. It affixes a mythic power to his persona: it’s also said that time slows, rains fall straighter, sounds are amplified, and rooms become hotter when he’s around. When a sheepish, fawning Robert Ford soon enters the frame, there’s no other convincing necessary for us to empathize with his fixation.

This early-established folkloric weight and timelessness runs throughout Dominik’s neo-western masterpiece. Nick Cave and Warren Ellis’ mournful, transfixing score seems plucked from the era, and Roger Deakins achieves a career-topping cinematographic feat of hazy vignettes and expansive vistas. Dominik’s adaptation of a novel written by Ron Hansen a quarter-century prior — which depicted real-life events 100 years prior to that — feels ageless not only due to a world that is rendered spectacularly authentic, but because of how acutely it depicts the nature of celebrity and obsession. As these themes are filtered through the anxious, alluring perspective of Ford, Affleck plays him with a boyish inner torment, achieving a bewitching harmony with the enigma of James.

Despite what Terrence Malick may think, Dominik’s tale of betrayal is anything but slow — a critique that might seem warranted if one only looked at the 160-minute runtime and a title relaying where the entire narrative is headed. In contrast, watching it for the first time since our revival screening nearly four years ago, it’s enthralling to see how this film moves. As edited by Dylan Tichenor (also responsible for another 2007 masterpiece, There Will Be Blood) and Curtiss Clayton, every cut has intention, and every candle-lit or snow-kissed frame by Deakins contributes to the simmering, building intensity. As for the title, Battleship Pretension’s David Bax puts it eloquently:

The chills-inducing train-robbery-by-night just 15 minutes in might be the most cinematically riveting sequence, but it’s the wavering relationship between James and Ford that lends substantial foundation. In an understated gesture, Affleck picks his food without eating a bite in the presence of Jesse James, as if there’s nothing to consume but the admiration of his idol. Pitt — who recently revealed the film to be a personal career peak — portrays James like the snake he doles out (and then kills, in a perhaps-too-obvious bit of foreshadowing): lurking in the shadows, never sure if he’ll slit your throat or manically laugh in your direction.

Their push-and-pull as Ford orbits James’ captivating, dangerous presence reaches a climax pre-assassination when the notorious outlaw sets out their robbery plans. After rubbing his shoulders, finally giving into the homoerotic subtext the previous two hours had built up, James grabs Ford and holds a knife to his throat before spitting out, “My God, what just happened?” This facetious remark leads to a few forced laughs, but it’s an action James has been stewing over since he first met Ford. In just a few scenes, signaling a point of no return, James will accept his death as he removes his guns and permits the Fords to take aim. “Never meet your heroes,” indeed.

In a sublime epilogue, the gravely, unassuming narration by Hugh Ross — an assistant editor who laid a temp track Dominik couldn’t part with — relays, “By his own approximation, Bob assassinated Jesse James over 800 times. He suspected no one in history had ever so often or so publicly recapitulated an act of betrayal.” A meager personal fixation ultimately morphs into the carving-out of a soul, as evidenced in Ford’s deadened eyes and drunken gait: legend offered up for public consumption until there’s none of him left.

During the finale, as shots capture Ford’s murder — not entirely dissimilar to the cut-to-black finale of The Sopranos, which aired just a few months prior to this film’s release — the omnipresent narration tells how no eulogies would be relayed and no photographs of his body would be sold. Long after Jesse James, Robert Ford, and every character portrayed here has died and these locales transform, the myth will live on and the legend will be intensified, as Dominik has done in enduring, elegiac fashion.