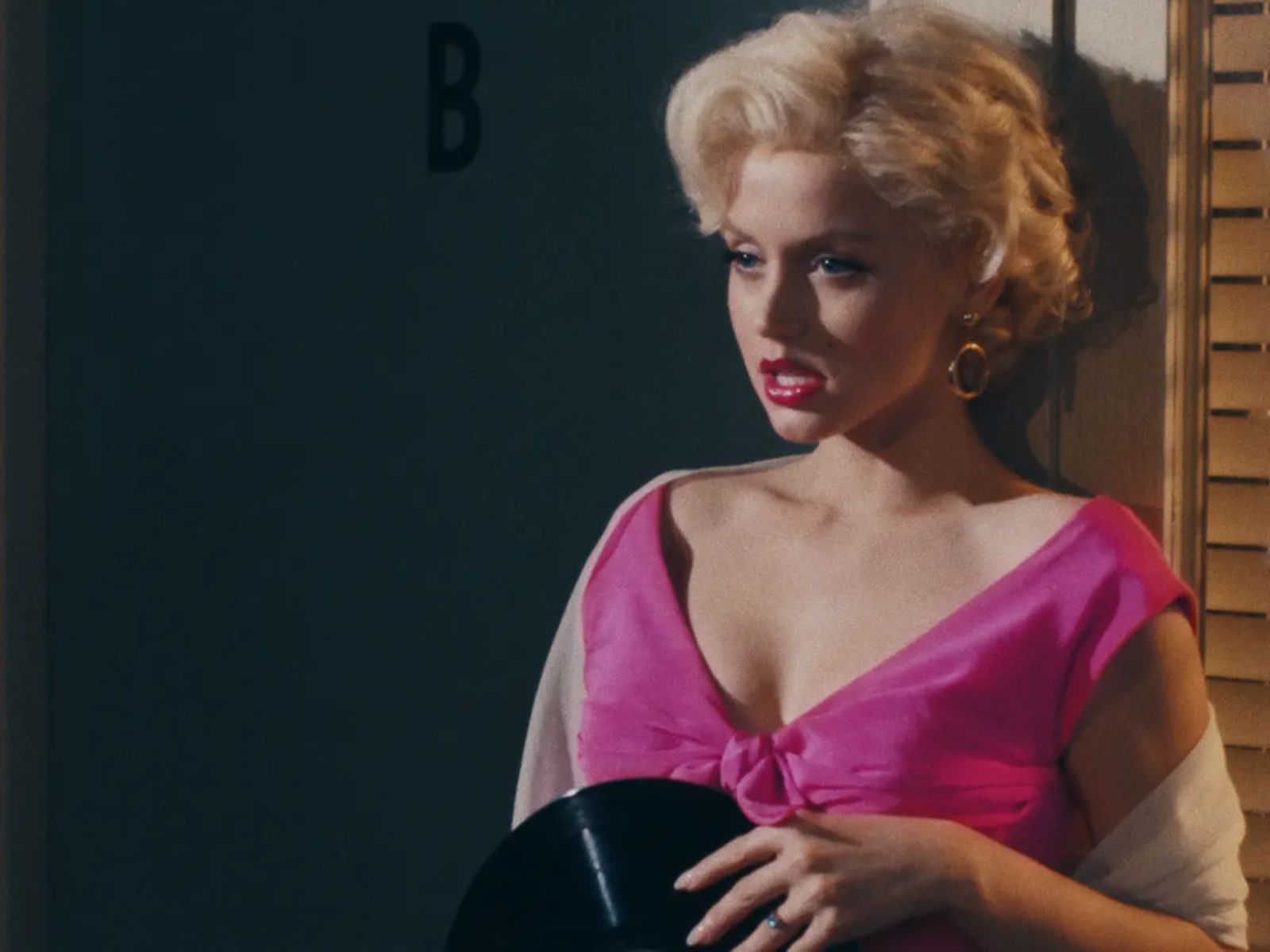 How much dramatic license is excessive? Do artists have a responsibility to create positive representations around public figures, especially if they’re beloved and inspire reams of adulation and pity from admirers? Andrew Dominik, with his long, long-awaited adaptation of Joyce Carol Oates’ novel Blonde—a free biography of the life of Marilyn Monroe—maybe simply doesn’t care about these questions. Yet he undoubtedly cares about the real life––and especially the fragile inner world––of his subject, famously born Norma Jeane Desmond. But in his unforgiving portrait of her travails and lacks in this world he bravely gambles on (and will potentially lose) the majority of his audience’s good faith by focusing so heavily on the pain and affliction she endured.

For those very familiar with Marilyn Monroe, Blonde, running a fluidly edited two hours and 45 minutes, is not going to be revelatory; it certainly doesn’t offer a new reading and perspective on the narrative of her life, nor what motivated and compelled her. Eschewing the flashback-oriented structures of similarly luxe biopics, Dominik’s screenplay moves doggedly chronologically, beginning at the beginning and ending at the end. Beyond a fascinating fictional interlude where she finds a degree of romantic happiness in a ménage à trois with none other than Charlie Chaplin Jr. and Edward G. Robinson Jr, it’s tick, tick, tick: All About Eve begets Don’t Bother to Knock, with Some Like it Hot capping off the latter part of her career. And then there are the romantic entanglements, or more accurately the way she was coveted and abused by men: the sexual assaults at the hands of Fox’s Darryl Zanuck, then an abusive relationship with baseball legend Joe DiMaggio (played well here by Bobby Cannavale), and then a healthier one with playwright Arthur Miller (a subtle Adrien Brody). The dramatic sub-headings and beats could’ve been adapted from her Wikipedia entry; the shots deepfaking her into Joseph L. Mankiewicz’s and Howard Hawks’ films look slightly Forrest Gump; but Dominik directs it like a haunted eulogy, with operatic rises in tempo.

Ana de Armas’ portrayal of Norma is powerful, her performance suggesting layers and levels Dominik just isn’t interested in probing, perhaps because it would disrupt the headlong intensity of his thesis, and of course, the often brilliant cinematic language through which he creates a woozy sucker-punch impact on the audience––though there’s no question the rush of momentum he harnesses also manifests in a sadism towards her. But whilst the film never bridles at an opportunity to humiliate her and incarnate unceasing anguish, there’s no question that’s what Dominik feels empowered, if that’s the word, to do. He is essentially suggesting Norma endured and sometimes triumphed over an existence of utter pain, a vortex of suffering where the demons of her abusive, orphaned upbringing, and the neurosis caused by industry purposefully estranging her public and private selves, ultimately consumed her. Yet in some cannily Lynchian imagery, suggesting Princess Irulan at the beginning of Dune, and the various centered, free-frame photographic perspectives of Laura Palmer, Dominik attempts to show her attaining secular grace, the eternal iconicity of being the 20th century’s most famous face rising from this decrepitude, never to be forgotten.

With Chayse Irvin on cinematography duties, Dominik seems to be taking more inspiration from his work on Beyoncé’s visual album Lemonade, as opposed to BlackKklansman, his most acclaimed feature film work. Blonde intoxicates on a purely plastic level, a glossier counterpart to Jesse James and its perfect marrying of Roger Deakins’ imagery and Nick Cave and Warren Ellis’s post-rock country-and-western fusion score. (Cave and Ellis also do brilliant work here, with the incorporation of their Ghosteen album track “Bright Horses” in a beach scene with Miller, a heartbreakingly rare moment of happiness for Norma.) It’s flashy and you never fail to notice it striving for a kind of eternal cinematic greatness––it’s hard to keep Dominik’s endearing comment that it “could be one of the 10 best films ever made” away from your mind. He will be convincingly taken to task for what he chooses to leave out of this story, and his clammy way of sexualizing her, through which he probably intended a sense of candidness. But few films, perhaps to date in the dubious biopic genre, have been made to scandalize, provoke, and show their own very singular kind of empathy as his.

Blonde premiered at Venice Film Festival and opens in theaters on September 16 and on Netflix on September 28.