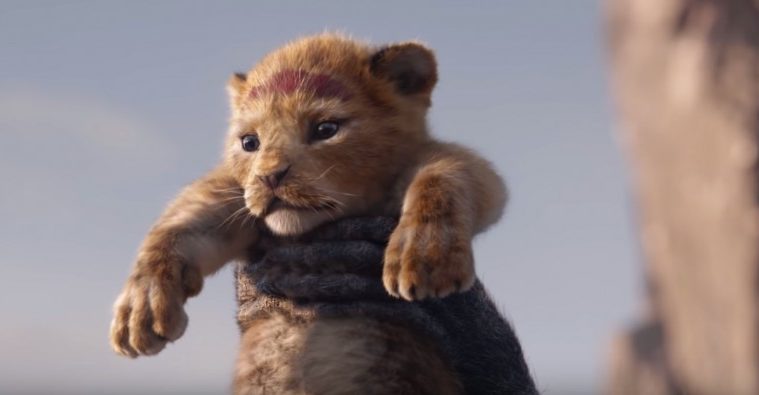 In a slate that includes no shortage of sequels, perhaps the most egregiously bare-faced bid for easy box office in Disney’s recent offerings has been the reimaginings of their classic animated films. While Cinderella and Beauty and the Beast could be considered live-action in most respects, when it comes to Jon Favreau’s films, they are more like 3D animated copies of the imaginative 2D originals. This is most certainly the case when it comes to the first trailer for The Lion King.

Featuring many of the shots seared into our brain at a young age (as well as a bit of the music), the first teaser shows off voice-over from James Earl Jones as Mufasa as we’re introduced to the clan of the Pride Lands. Initial twangs of nostalgic give way to an eerie hollow feeling as the vibrant colors of the original are stripped away for a grittier attempt at photo-real animation. One hopes Favreau will have some more imagination than doing a shot-for-shot remake in the final product, but we shall see.