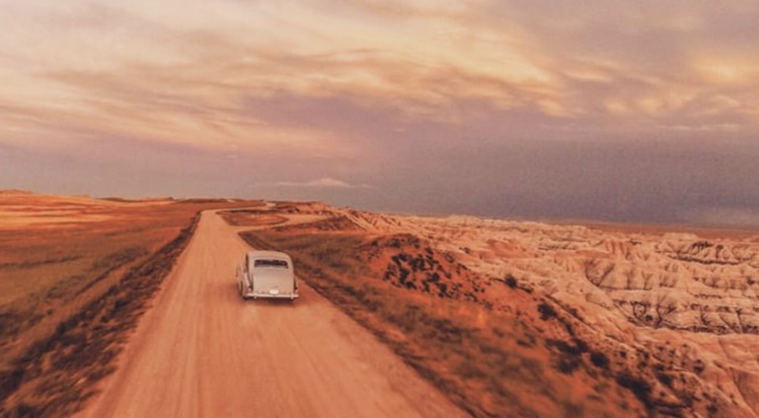 ‘The King’ Trailer Connects Elvis Presley with the Decline of America

The King, Eugene Jarecki’s newest documentary feature, first premiered one year ago, finding critical success at the Cannes Film Festival under the title Promised Land. Eight months later, a new cut screened as an official selection at the Sundance Film Festival. Finally, later this summer, The King will get a theatrical release, courtesy of Oscilloscope Laboratories.

The documentary recounts the famed life and career of “the king of rock” Elvis Presley as director Eugene Jarecki takes Presley’s 1963 Rolls Royce on a cross-country musical road trip across the United States. Throughout the film – which is just as much about Elvis than it is about America – fascinating and dismaying comparisons are drawn between Presley’s career and the deteriorating attitudes of American culture; exploring how we got to where we are as a country today.

Rory O’Connor said in his review, “A title like Promised Land can be appreciated for its duality: primarily meaning a land of promise but also, in another sense, a land that was promised. We’re talking about the United States of course, or rather filmmaker Eugene Jarecki is in his latest documentary. It’s an abstract road movie, fueled on disillusionment and rock and roll, and one that attempts the quite ambitious task of sketching out a narrative line to link the rise and decline of the nation with the rise and decline of Elvis Presley.”

As seen in the first trailer below, The King boasts immaculate cinematography from Tom Bergmann, Christopher Frierson, and Étienne Sauret. From executive producers Steven Soderbergh, Errol Morris, and Rosanne Cash, The King will be in select theaters June 22nd.

Forty years after the death of Elvis Presley, two-time Sundance Grand Jury winner Eugene Jarecki’s new film takes the King’s 1963 Rolls-Royce on a musical road trip across America. From Memphis to New York, Las Vegas, and beyond, the journey traces the rise and fall of Elvis as a metaphor for the country he left behind. In this groundbreaking film, Jarecki paints a visionary portrait of the state of the American Dream and a penetrating look at how the hell we got here. A diverse cast of Americans, both famous and non, join the journey.