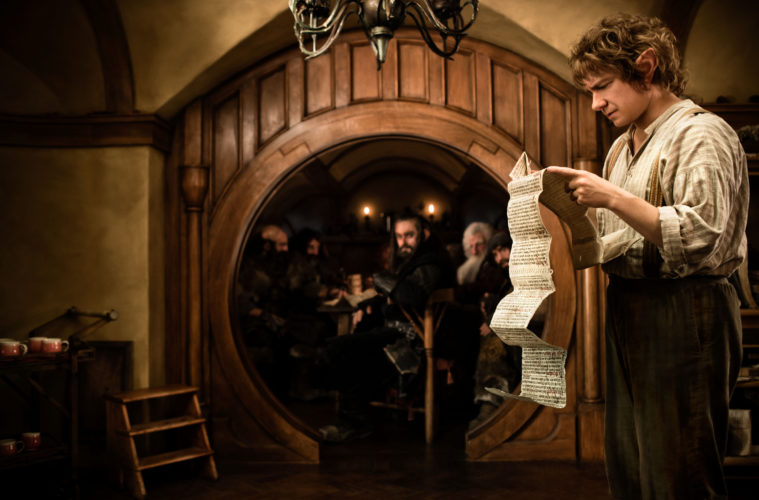 With the Harry Potter series finished for Warner Bros. they are looking towards big tentpoles to take its place, revenue-wise. They have the biggest of them all next summer with The Dark Knight Rises, but looking ahead they are resting on Peter Jackson‘s Hobbit prequels and Zack Snyder‘s Man of Steel. And according to a report from TMT, we may be seeing them at different times then expected.

The site is usually spot-on with WB-related scoops, so I’ll proceed (but with some necessary caution) for this rumor. Their sources indicate that Peter Jackson is re-considering his schedule for The Hobbit: An Unexpected Journey, as the 3D, 48FPS mega block-buster may not be ready for its December 14th, 2012 bow. And with a filmmaker like Jackson, he doesn’t want to jump the gun and rush the release. With this film and its Part 2, WB understands that they will make bank no matter when it is released, so they are reportedly open to the idea of pushing it back.

One of their strategies is moving Zack Snyder‘s Man of Steel back to that Christmas 2012 slot that it was originally rumored for before nabbing a June 2013 release date. With that Superman film wrapping in just a few months, and work already being done in post-production, it is a possibility if necessary. If this occurs, sources say that The Hobbit: An Unexpected Journey would move all the way to December 2013 and its second part, The Hobbit: There and Back Again to December 2014.

If the above is to occur, WB would be safe on their legal/estate requirements to get a Superman film out before 2013 and Jackson would have more than enough time needed to perfect his saga. For now, expect the first teaser for  The Hobbit: An Unexpected Journey with Sherlock Holmes: A Game of Shadows next week. WB has a lot of time before any of these decisions have to be made (considering we are over a year away from The Hobbit), so don’t expect any concrete release news until 2012 at the least.

What do you think about a possible release date shuffle for WB?