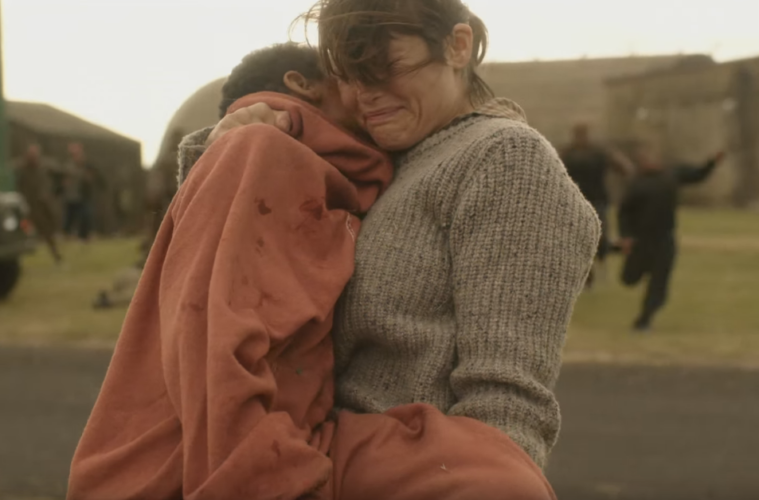 Director Colm McCarthy has helmed a batch of TV episodes, including Sherlock and Peaky Blinders, and he now steps behind the lens for his cinematic debut with an adaptation of the best-selling novel by M.R. Carey, The Girl With All The Gifts. The first U.K. trailer has been released, which follows Melanie (newcomer Sennia Nanua), a young girl living a post-apocalyptic world who has a special bond to a woman (Gemma Arterton). Contained in an army base research facility with other children, Melanie is released when a revelation means she could be the ray of light the world needs.

At first seeming like a young adult adaptation, the film’s muted green color palette and glimpses of violence suggest it is instead a darker venture into the post-apocalyptic genre, possibly more akin to 28 Days Later in tone than, say, Warm Bodies. Also starring Glenn Close and Paddy Considine, the film is set for fall release in the U.K., with an undetermined U.S. date. See the U.K. trailer below.

The near future; humanity has been all but destroyed by a mutated fungal disease that eradicates free will and turns its victims into flesh-eating “hungries”. Only a small group of children seem immune to its effects.

At an army base in rural England, this group of unique children are being studied, subjected to cruel experiments by biologist Dr. Caldwell. Despite having been infected with the zombie pathogen that has decimated the world, these children retain normal thoughts and emotions. And while still being subject to the craving for human flesh that marks the disease these second- generation “hungries” are able to think and feel making them a vital resource in the search for a cure.

The children attend school lessons daily, guarded by the ever watchful Sergeant Parks. But one little girl, Melanie, stands out from the rest. Melanie is special. She excels in the classroom, is inquisitive, imaginative and loves her favourite teacher Miss Justineau.

When the base falls, Melanie escapes along with Miss Justineau, Sergeant Parks and Dr. Caldwell. Against the backdrop of a blighted Britain, Melanie must discover what she is and ultimately decide both her own future and that of the human race.

The Girl With All The Gifts will arrive in the U.K. on September 23rd and is awaiting a U.S. date.