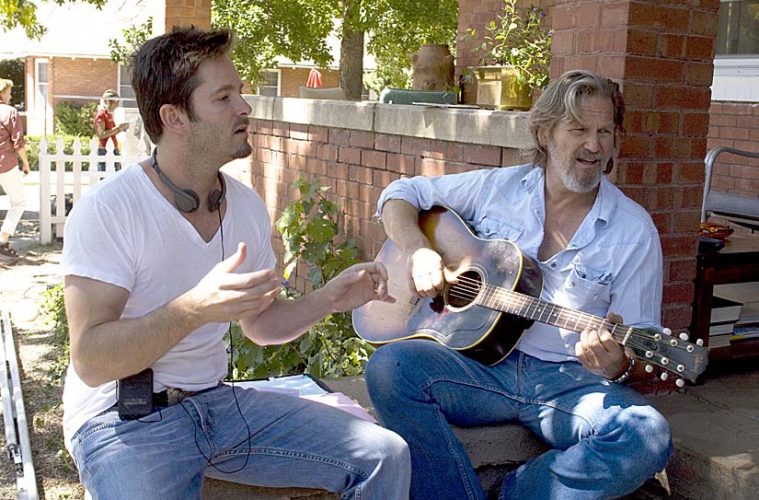 The movie adaptation of The Emperor’s Children, based on the 2006 bestselling novel by Claire Messud, went through a couple of changes today. Twitch broke the story earlier that Scott Cooper, whose 2009 movie Crazy Heart helped Jeff Bridges earn a long-deserved Academy Award, has replaced Noah Baumbach as director. Baumbach also wrote the adaptation and as far as I can tell Cooper will still be using the script.

But those who are possibly upset they’re going to be without his work for any length of time can rest easy; his departure is unofficially contributed to scheduling issues as he’s got a documentary that’s currently in production and another movie he wrote (While We’re Young, which stars Jesse Eisenberg, Ben Stiller, and Naomi Watts) that he’s due to direct next year. This also happens to be the third directorial change for the movie; Ron Howard was originally slated to direct back in 2007 but that fell through as Howard moved onto other movies instead. Like The Dilemma. Maybe it’s better he didn’t direct this.

The Emperor’s Children is about the intersections in the lives of three friends, now on the cusp of their thirties, making their way–and not–in New York City. There is beautiful, sophisticated Marina Thwaite–an “It” girl finishing her first book; the daughter of Murray Thwaite, celebrated intellectual and journalist–and her two closest friends from Brown, Danielle, a quietly appealing television producer, and Julius, a cash-strapped freelance critic. The delicious complications that arise among them become dangerous when Murray’s nephew, Frederick “Bootie” Tubb, an idealistic college dropout determined to make his mark, comes to town. As the skies darken, it is Bootie’s unexpected decisions–and their stunning, heartbreaking outcome–that will change each of their lives forever.

Yup, that feels like something Baumbach would write, so I’m not altogether shocked. Should be interesting to see what Cooper does with it, since the two make completely different films.

What do you think of the directorial change? Will it hurt the movie’s quality?