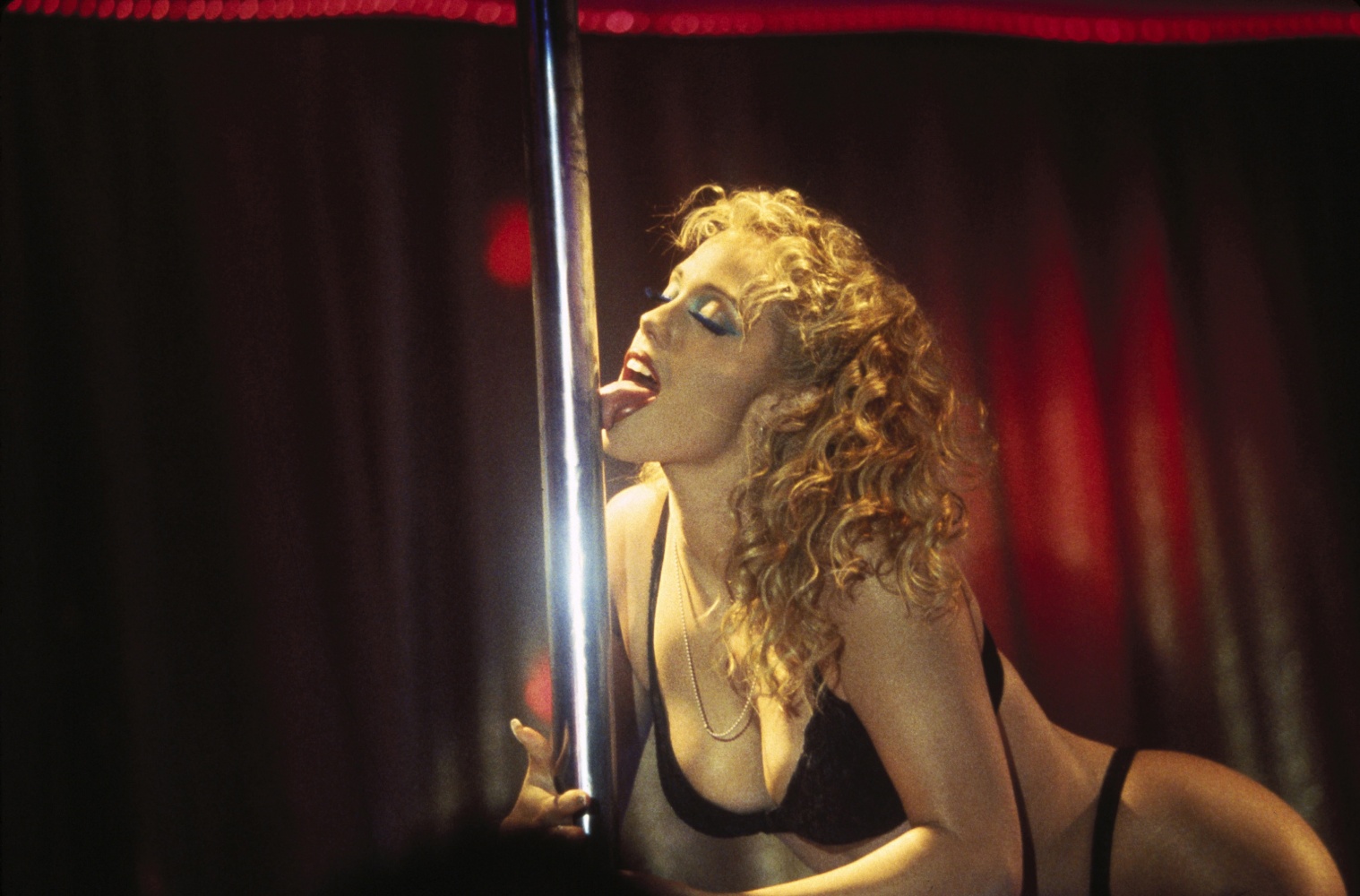 Everybody getting AIDS! Pronouncing it as “Versayce!” Gina Gershon’s eyebrows! The way Elizabeth Berkley eats a hamburger!

It goes without saying that Paul Verhoeven’s Showgirls has had quite the reevaluation since it came out 25 years ago. Yes, it was a financial flop, making less than $38 million off its budget of $45 million. Yes, it was panned across the board, and while a few didn’t hate it, it was a critical catastrophe overall that further stigmatized that elusive NC-17 rating. It’s since achieved cult status, though, inspiring repertory screenings, a musical, and praise from the likes of Jacques Rivette.

Now, over a year after its world premiere at the 2019 Tribeca Film Festival, Jeffrey McHale’s You Don’t Nomi gets a trailer that teases Showgirls’s reexamination. It has most of the stuff you’d expect, not least of which being sound bites trashing Showgirls upon initial release and the drag queens introducing it now. But it also acknowledges that, love it or hate it, the movie is the epitome of a camp classic in the purest sense—not that camp-influenced stuff that the subgenre has since become.

You Don’t Nomi will arrive digitally on June 9. In the meantime, Verhoeven’s original glittery, girthy gobfest is available to watch on Amazon with a Starz subscription. Check out the trailer and poster below.

In YOU DON’T NOMI, a chorus of film critics and fervent devotees explore the complicated afterlife of 1995’s biggest film flop, Paul Verhoeven’s salacious Showgirls, from disastrous release to cult adoration and extraordinary redemption. The film features Adam Nayman (Vice Guide to Film), April Kidwell (I, Nomi) and Peaches Christ (Milk) as well as archive interview footage with the cast and crew of Showgirls.