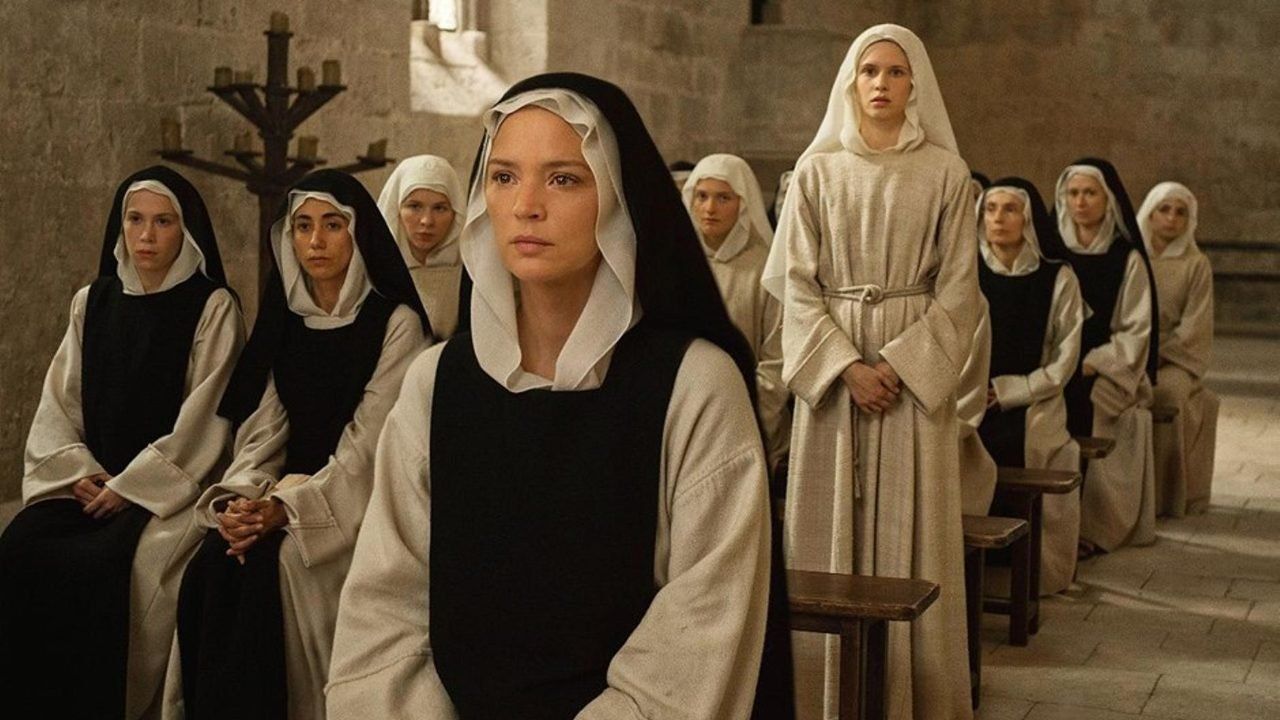 Rory O’Connor said in his review of Benedetta, “Many of the best qualities of early and late Verhoeven combine in Benedetta, a tale of sex, blood, and sacrilege in 17th-century Italy. Based on the American historian Judith C. Brown’s 1986 non-fiction book Immoral Acts: The Life of a Lesbian Nun in Renaissance Italy (quite the title), its story focuses on the life of Benedetta Carlini, a nun in Precia who entered a sexual relationship with another woman in her convent. Paul Verhoeven originally adapted the book with his longtime collaborator Gerard Soeteman (Black Book, Turkish Delight), but the screenwriter stepped down when it became too “sexualized.” In the opening act there are not one, but two fart jokes. We are also, in many instances, offered evidence of the director’s well-founded appreciation for mommy’s milkies.”

Brianna Zigler said in her review of Agnes, “[The film] begins how any other possession film might––with the discovery of a demonic presence. When the convent of Saint Theresa fear there’s evil inhabiting the body of one of their young nuns, they outsource help from the diocese. Things quickly, expectedly start to unravel from there. But director Mickey Reece wants you to forget everything you know about possession and exorcism in film––or, well, maybe not. Because part of what makes his new feature Agnes work so beautifully is its very upending of expectations for that particular (and, arguably, very tired) horror subgenre. With over twenty-five feature films thus far, spanning his career since 2008 as a lower-budget indie darling––and who impressed with a wider reach with last year’s Fantasia staple Climate of the Hunter––Reece makes clear how films like The Conjuring franchise have been failing us. Reece (alongside co-writer John Selvidge) has crafted a disarming, funny, incredibly unique take on demonic possession about faith, womanhood, and, of course, horny nuns.”

Watch the trailers below for both films, along with an NYFF59 Q&A for Benedetta.