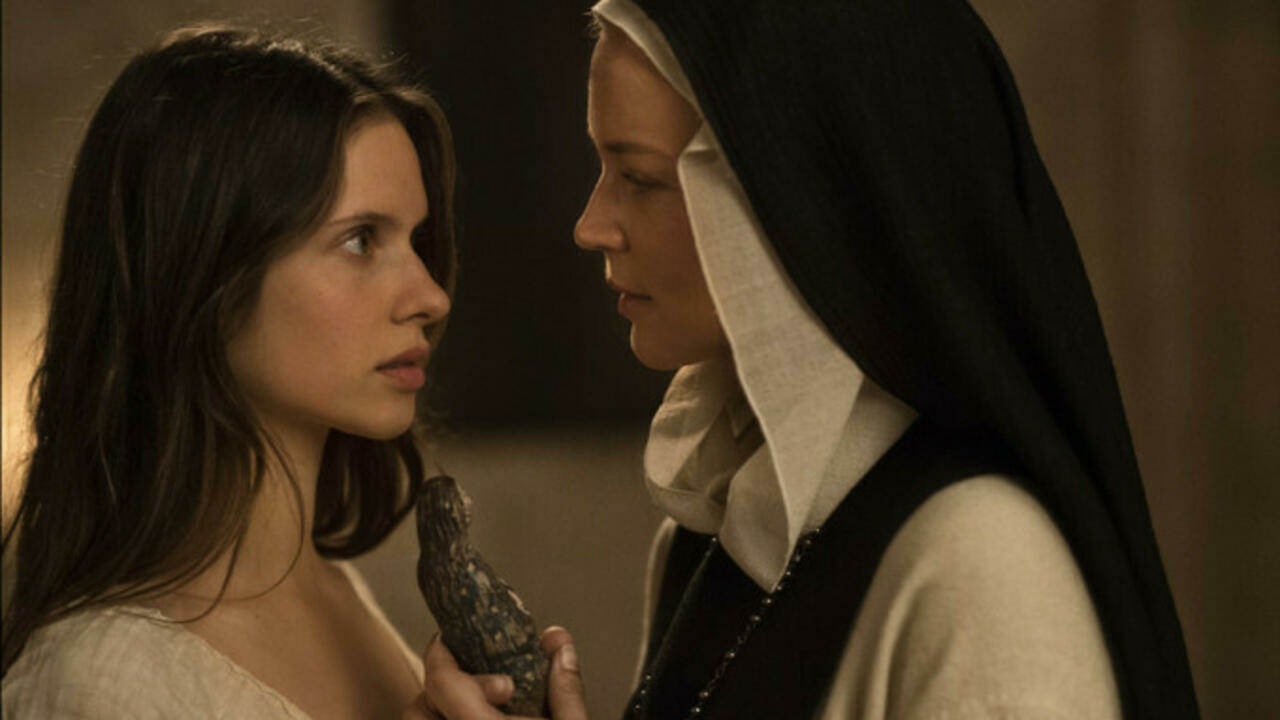 Rory O’Connor said in his review, “Many of the best qualities of early and late Verhoeven combine in Benedetta, a tale of sex, blood, and sacrilege in 17th-century Italy. Based on the American historian Judith C. Brown’s 1986 non-fiction book Immoral Acts: The Life of a Lesbian Nun in Renaissance Italy (quite the title), its story focuses on the life of Benedetta Carlini, a nun in Precia who entered a sexual relationship with another woman in her convent. Paul Verhoeven originally adapted the book with his longtime collaborator Gerard Soeteman (Black Book, Turkish Delight), but the screenwriter stepped down when it became too “sexualized.” In the opening act there are not one, but two fart jokes. We are also, in many instances, offered evidence of the director’s well-founded appreciation for mommy’s milkies.”