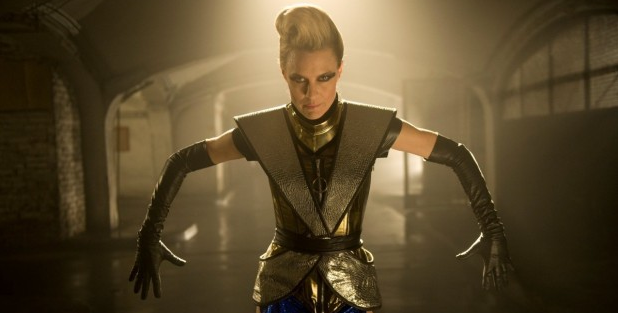 With the 66th Cannes Film Festival just mere days away, producers are looking to get the buzz going early with some trailers for upcoming premieres. We just had our first look at James Franco‘s adaptation of As I Lay Dying and now the debut trailer has landed for Ari Folman‘s follow-up to the stellar Waltz with Bashir.

The Congress sees Robin Wright star as a version of herself, depicted as an aging actress who has sold Hollywood digital rights to her younger likeness. The animated segments, which look somewhat insane here, take place 20 years in the future, as Folman loosely adapts Stanisław Lem‘s The Futurological Congress. Check out the wild trailer below for the film also starring Kodi Smit-McPhee, Danny Huston, Harvey Keitel and Paul Giamatti. A loose adaptation of Stanislaw Lem’s “The Futurological Congress,” a 1971 black humour science fiction detailing the exploits of the hero of a number of his books, Ijon Tichy, as he visits the Eighth World Futurological Congress at the Costa Rica Hilton. The book is Lem’s take on the common sci-fi trope of an apparently Utopian future that turns out to be an illusion.