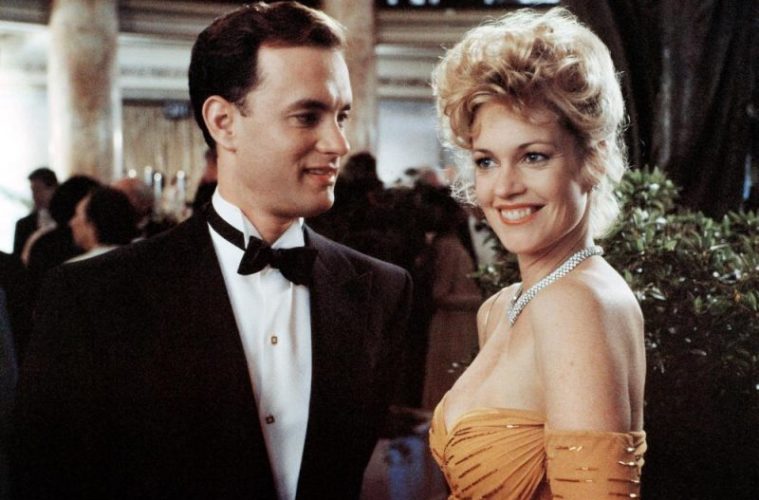 ‘The Bonfire of the Vanities’: Brian De Palma’s Boisterous Satire of American Society

Brian De Palma’s screen adaptation of Tom Wolfe’s The Bonfire of the Vanities was panned by critics and audiences alike in the months and years following its 1990 release, but it doesn’t deserve this kind of flak. In telling the story of a Wall Street bigwig (Tom Hanks) whose life gets upended after his mistress runs over a black teenager in the South Bronx, the movie offers a wicked satire of racial politics in America that deserves to be mentioned alongside Spike Lee’s Do the Right Thing, which hit theaters just 17 months earlier. Granted, Lee’s classic emerges the markedly superior film because, unlike The Bonfire of the Vanities, its characters transcend their function as caricatures to become nuanced individuals. Still, De Palma’s confident, hilarious polemic is a formidable achievement, hitting places that hurt in 1990 and, sadly, continue to hurt today. That the film feels like it was made for the 2016 moment is a depressing testament to the state of race relations in America, but it is also precisely this continued relevancy that makes Bonfire necessary viewing.

Out of all the accusations the film makes against the American people, the most heated one is that of shameless opportunism. A hit-and-run sends a guy into a coma, and though the outspoken public appears to rally behind him in a sincere gesture of racial solidarity, everyone has ulterior agendas. Black preacher Reverend Bacon (John Hancock), a major figure in the fight against institutional racism, is shown creating blatant propaganda in order to strengthen support for his cause and, presumably, his position of leadership within it. Bronx District Attorney Abe Weiss (F. Murray Abraham), on the other hand, is seeking reelection, and he knows that the majority of his potential voters are people of color. As such, not only does he make it a point to publicly sympathize with the anti-racism outrage, but he sets out with the specific intention of incarcerating a white person just to demonstrate his so-called racial nonpartisanship in administering justice. Even the film’s narrator (Bruce Willis) is shown piggybacking off of circumstances for his own gain. He is the reporter who broke word of the hit-and-run, and so every turn of the screw makes his story hotter and his acclaim as a journalist greater. Like Ryan Gosling’s suave schmuck from The Big Short, which bears more than a little resemblance to De Palma’s film, Willis’ journalist shares the viewer’s enlightened perspective on the film’s events and yet takes the low road, anyway. Such is the depth of this film’s cynicism, the extent of its refusal to compromise the bleakness of its vision.

Some satire is subtle in its magnifications of reality. The Bonfire of the Vanities takes a different, more boisterous route, fitting De Palma’s florid directorial tendencies like a glove. Scenes turn to farce to convey the moral absurdity of the characters’ actions, whether in Abe’s wild gesticulations or in the way we are introduced to the Reverend via a very Spike Lee-esque, low-angle shot that imparts onto him the exaggeratedly looming presence of a cartoon villain. De Palma’s cinematographic stylizations, so generative of suspense in Sisters and operatic in Scarface, here serve a different but no less meaningful purpose. The camerawork is sometimes highly precise in its satirical function, such as when a dolly zoom is used to parody the experience of white fear. At other points, the cinematography creates the more abstract impression that the camera is emulating this film’s plot-level zaniness. Often, De Palma appears to be channeling the story’s ludicrous energy by way of his trademark visual acrobatics — weird camera angles, split diopter shots, long takes, etc. — which, in turn, intensify the energy that gave rise to them.

As the story moves from crime to investigation to eventual trial, the accumulation of ridiculous incidents ensures that the barbed humor tickles in addition to stinging. For all its scathing commentary on American society, The Bonfire of the Vanities is also simply a lot of fun to watch. Playing Sherman McCoy, Hanks nails the deer-in-the-headlights look of a guy whose fortunes have turned faster than the stock market he regularly exploits. His increasing gracelessness is a great asset to the film’s comedic momentum, allowing us to experience both the pity and the pleasure of seeing a well-to-do ivory tower-type encounter the brutal messiness of the real world for the first time. (The humble Hanks who is buffeted by extraordinary circumstances resembles the one we recognize from today’s screens. Seeing the guy play a pompous Wall Street hotshot feels so against-type that additional comedy can be found simply in beholding the forgotten versatility of the young actor.) The rest of this film’s expansive ensemble cast admirably contribute to the escalating lunacy of the whole package, from Jed Kramer as a fidgety Jewish lawyer seeking upward mobility to Morgan Freeman as the only ethical character in the mix: a judge trying, with great exasperation, to anchor law and order in a city that is rapidly becoming unmoored.

In the preposterousness of its situations and the one-note eccentricity of its characters, The Bonfire of the Vanities anticipates many works from the Coen brothers, while the mockery it makes of political institutions has the farcical flavor of classics such as Dr. Strangelove. This is all to say that De Palma’s film is full of the same comedic DNA that brought so many other movies acclaim, thus making its own disrepute that much more puzzling. Bonfire may not be De Palma’s finest, but its humor and its clear-eyed critique of American society deserve more recognition than they’ve received.