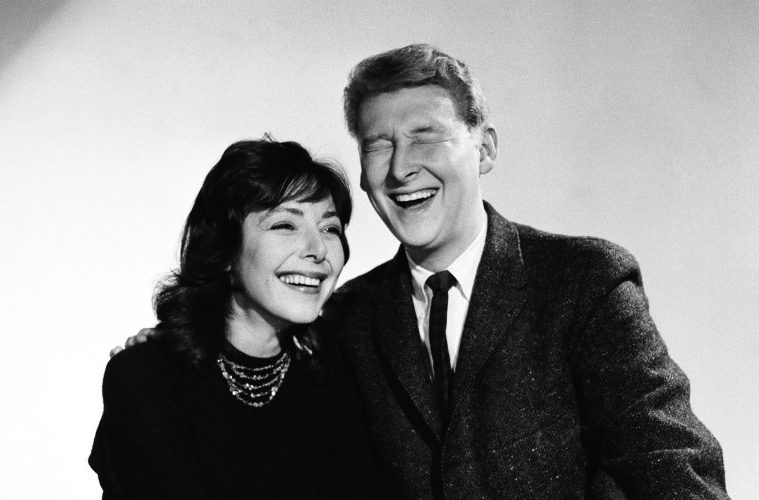 Rounding up the best unproduced screenplays in Hollywood, as voted on by hundreds of film executives, The Black List has been a strong resource to clue one in on projects to potentially anticipate, but first, to kickstart Hollywood on bringing them to screen. Last year’s chart-topper, the Madonna film Blonde Ambition by Elyse Hollander, was picked up by Universal Pictures and also in the top five was Liz Hannah’s The Post, which Steven Spielberg turned out quite fast. Today we have this year’s edition.

Topping the 2017 edition we have the post-WWII drama Ruin by Matthew Firpo and Ryan Firpo, which Gal Gadot is set to star in with direction by Macbeth and Snowtown‘s Justin Kurzel. Also among the list is the abortion drama Let Her Speak, the story of Anne Frank’s diary, Keeper of the Diary (which will be directed by Kenneth Branagh at Focus Features), a drama about Elaine May and Mike Nichols titled When In Doubt, Seduce, as well as the Walter Cronkite film Newsflash, which Seth Rogen will star in and David Gordon Green will direct, as announced earlier today.

As an early look for some potential upcoming films to keep on your radar, take a look at the top 15 below, followed by a link to the full list, including the number of votes the top screenplays received.

Ruin
Matthew Firpo, Ryan Firpo
A nameless ex-Nazi captain must navigate the ruins of post-WWII Germany to atone for his crimes during the war by hunting down and killing the surviving members of his former SS death squad.

Let Her Speak
Mario Correa
The true story of Senator Wendy Davis and her 24-hour filibuster to save 75% of abortion clinics in Texas.

Daddio
Christy Hall
A passenger and her cab driver reminisce about their relationships on the way from the airport to her apartment in New York.

Keeper of the Diary
Samuel Franco, Evan Kilgore
Chronicles Otto Frank’s journey, with the help of a junior editor at Doubleday Press, to find a publisher for the diary his daughter Anne wrote during the Holocaust.

Where I End
Imran Zaidi
In a world where your life can be saved, uploaded to a computer, and restarted in the case of your untimely demise, a husband returns from the dead, suspecting his wife may have been involved in his death.

When Lightning Strikes
Anna Klassen
The true story of 25-year-old Joanne Rowling as she weathers first loves, unexpected pregnancies, lost jobs, and depression on her journey to create Harry Potter.

Breaking News In Yuba County
Amanda Idoko
After catching her husband in bed with a hooker, which causes him to die of a heart attack, Sue Bottom buries the body and takes advantage of the local celebrity status that comes from having a missing husband.

Sleep Well Tonight
Freddie Skov
Behind the walls of a maximum security prison, a naive teenage inmate and a rookie correctional officer are forced into a drug-smuggling operation, while a looming conflict between rival gang members threatens to boil over.

The Great Nothing
Cesar Vitale
A grieving thirteen-year-old girl hires a terminally ill, acerbic philosophy professor to prevent flunking the seventh grade. What begins as a homework assignment blossoms into an unlikely friendship and a new appreciation for life that neither will forget.

Trapline
Brett Treacy, Dan Woodward
A captive boy’s lifestyle is upended when his abductor asks for his help kidnapping a second child.

When In Doubt, Seduce
Allie Hagan
The true story of the early relationship between Elaine May and Mike Nichols.

The Expansion Project
Leo Sardarian
A rookie Marine gets stranded on a hostile planet during humanity’s space colonization with nothing but her exo-suit that’s running out of fusion power.

Newsflash
Ben Jacoby
On November 22nd, 1963, Walter Cronkite puts everything on the line to get the story right as a president is killed, a frightened nation weeps, and television comes of age.

V.I.N.
Chiara Towne
As Alex Haley struggles to write the autobiography of Malcolm X, his editor at Playboy assigns him a new interview: George Lincoln Rockwell, head of the American Nazi Party.