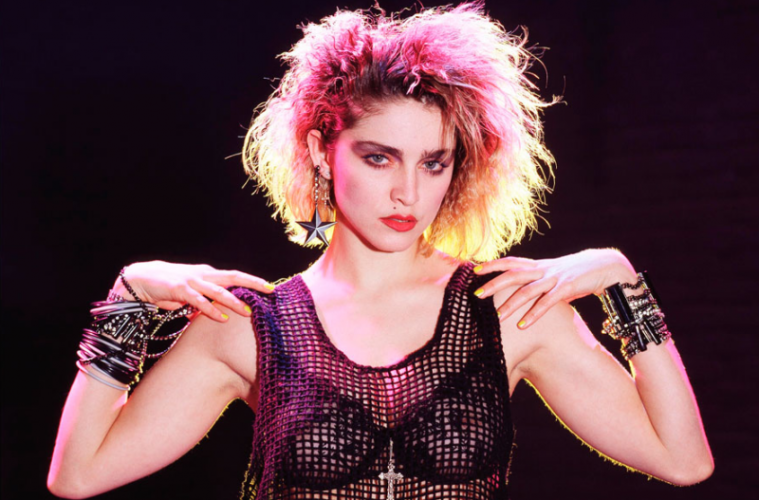 Rounding up the best unproduced screenplays in Hollywood, as voted on by hundreds of film executives, The Black List has been a strong resource to clue one in on projects to potentially anticipate, but first, to kickstart Hollywood on bringing them to screen. Last year’s chart-topper Bubbles was picked up by Dan Harmon to be turned into a stop-motion film and today we have this year’s edition.

Topping the 2016 edition, we have the Madonna biopic Blond Ambition by Elyse Hollander, tracking her early days in New York City. Elsewhere in the top 20 is the peculiar-sounding meta drama Lax Mandis (we didn’t think the screenwriter is a joke inside Hollywood, too), a drama about Stephen King’s creation of Maximum Overdrive, a film about an attempt to lost one’s virginity to George Harrison, a thriller which finds a bank teller realizing he’s a background character in a videogame, a Carl Sagan love story, and more.

So, as an early look for some potential upcoming films to keep on your radar, take a look at the top 20 below, followed by a link to the full list.

BLOND AMBITION by Elyse Hollander
In 1980s New York, Madonna struggles to get her first album released while navigating fame, romance, and a music industry that views women as disposal.

LIFE ITSELF by Dan Fogelman
A multigenerational love story that weaves together a number of characters whose lives intersect over the course of decades from the streets of New York to the Spanish countryside and back.

THE OLYMPIAN by Tony Tost
The true story of an underdog rower trying to make it into the 1984 Olympics, told through the story of his relationships with his coach, his father, his fiancée, and with competition itself.

THE POST by Liz Hannah
Before Watergate, there was the Pentagon Papers. This is the true story of how Washington Post scion Katharine Graham and legendary editor Ben Bradlee overcame their differences to publish the story that would change their lives.

IN THE BLINK OF AN EYE by Colby Day
Explores the entire history of the universe and our species through three interwoven storylines that question the very nature of life, love, mortality, where we’ve been, and where we’re going; the past, present, and future of the human race.

O2 by Christie LeBlanc
Waking up inside a cryogenic chamber with no memory of how she got there, Charlie must somehow escape the chamber before her air runs out.

UNTITLED LAX MANDIS PROJECT by Seth Spector
A frustrated film exec at odds with the state of his industry is forced to work with the one person who is making him question everything.

DARK MONEY by Matt Fruchtman
The true story of a young stock trader who goes to work for billionaire tycoon Steve Cohen and gets involved in the biggest insider trading scandal in history.

LETTERS FROM ROSEMARY KENNEDY by Nick Yarborough
Told through a series of letters to family members, the tragic true story of Rosemary Kennedy, a vibrant, passionate young woman and oldest daughter of Joe and Rose Kennedy. Born with a severe learning disability, Rosemary so worried her father with her erratic behavior that he believed the stigma of mental illness in the family would ruin his plans to build a political dynasty. He hid her away in convents and sanitariums and ultimately had her lobotomized.

LINDA AND MONICA by Flint Wainess
The absolutely crazy true story of the relationship between Monica Lewinsky and Linda Tripp, the woman who nearly destroyed the Clinton presidency – and herself in the process.

HALA by Minhal Baig
When a teenaged Muslim-American girl, struggling with identity issues already, discovers her father is having an affair with a colleague, she responds by seducing her English teacher, ultimately leading to her parents’ divorce.

THE MISERABLE ADVENTURES OF BURT SQUIRE ABOARD THE HORN HIGH YO by Ben Bolea
The unbelievable true story of a family man from Alaska in the midst of a midlife crisis who embarks on what he hoped would be a dream sailing vacation but ends up shipwrecked in the Atlantic Ocean with a charming but psychotic sea captain who has decided to stop taking his medication.

THE TIME TRAVELER’S LA RONDE by Tom Dean
An exploration of relationships as a man witnesses different types of love across the ages.

REVOLVER by Kate Trefry
Based on true events in Anchorage, Alaska in 1966, a teen girl attempts to sneak into the hotel where the Beatles are staying to lose her virginity to George Harrison.

FAIRY GODMOTHER by Chiara Atik
When sought after Fairy Godmother Faye is hired by a mind-bogglingly gorgeous teenage client, Kenzie, to find her true love with the hottest prince in the land, Faye finds herself facing an unfamiliar challenge when the prince starts falling for her instead.

FREE GUY by Matt Lieberman
A bank teller stuck in his routine discovers he’s a background character in a realistic, open world action-adventure video game and he is the only one capable of saving the city.

THE KINGS OF MAINE by Kathy Charles
Living with his wife and child in a trailer while working as a janitor, Stephen King struggles with alcoholism and his own dark history as he attempts to complete Carrie.

LAYLA…AND OTHER ASSORTED LOVE SONGS by Derek Weissbein
Based on the lives and times of Eric Clapton, George Harrison, and Pattie Boyd and the tumultuous love triangle that inspired an entire generation of music.

MAXIMUM KING! by Shay Hatten
An outlandish, surreal imagining of how in 1985 Stephen King wrote and directed his horror classic MAXIMUM OVERDRIVE.

See the rest of the line-up here.