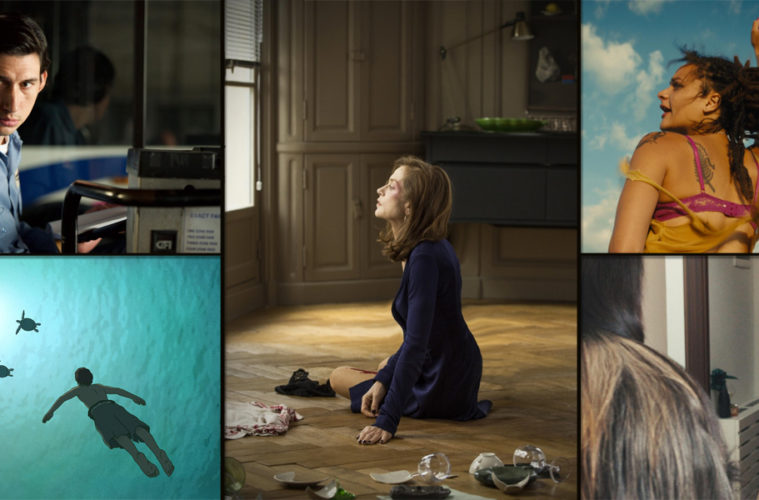 The Best Films of the 2016 Cannes Film Festival

After nearly two weeks of viewing some of the best that cinema will have to offer this year, the 69th Cannes Film Festival has concluded. With Ken Loach‘s I, Daniel Blake taking the top jury prize of Palme d’Or (full list of winners here), we’ve set out to wrap up our experience with our favorite films from the festival, which extends to the Un Certain Regard and Directors’ Fortnight side bars.

It should be noted that The Nice Guys, which screened out of competition, was among our favorites of the festival (review here), but, considering it’s now in wide release, we’ve elected to give room to other titles. Check out our top 13 films below, followed by the rest of the reviews and all of our features. One can also return in the coming months as we learn of distribution news for all of the mentioned films.

After the Storm (Hirokazu Kore-eda)

Can our children pick and choose the personality traits they inherit, or are they doomed to obtain our lesser qualities? These are the hard questions being meditated on in After the Storm, a sobering, transcendent tale of a divorced man’s efforts to nudge back into his son’s life. Beautifully shot by regular cinematographer Yutaka Yamasaki, it marks a welcome and quite brilliant return to serious fare for writer-editor-director Hirokazu Kore-eda following last year’s Our Little Sister, widely regarded as one of the slightest works of his career thus far. – Rory O. (full review)

European directors have often faltered when crossing the Atlantic. Billy Wilder and Wim Wenders found things to say where Paolo Sorrentino could not. American Honey is certainly the former. Based on a 2007 article from the New York Times, it’s a backwater American road movie directed by an Englishwoman, Andrea Arnold, and shot by Irishman Robbie Ryan. We spot a few cowboys and gas stations and even the Grand Canyon, but it’s nothing to do with any of that. It’s about America (duh) but it’s also about friendship and money and learning to look out for yourself, and that primal connection young people make between music and identity. It’s visually astonishing and often devastating, too. This might be the freshest film about young people in America since Larry Clark’s Kids from 1995. – Rory O. (full review)

The staggeringly accomplished debut feature by Brazilian critic-turned-director Kleber Mendonça Filho, Neighboring Sounds, announced the arrival of a remarkable new talent in international cinema. Clearly recognizable as the work of the same director, Mendonça’s equally assertive follow-up, Aquarius, establishes his authorial voice as well as his place as one of the most eloquent filmic commentators on the contemporary state of Brazilian society. – Giovanni M.C. (full review)

It takes all of zero seconds for the first rape to occur in Paul Verhoeven’s Elle. The film opens on a black screen and to the sounds of breaking glass and stifled struggle. When it then cuts to a cute kitty spectating the off-screen assault, we know we’re in Verhoeven territory. The ensuing countershot reveals Michèle (Isabelle Huppert), her blouse ripped open, pinned to the floor by a black-clad man with his face hidden inside a ski mask. Funny Games-like, this is our warning: run for the door now or keep watching and be implicated. Unlike Haneke, however, Verhoeven renders what follows irresistibly enjoyable, and the resulting implication is all the more severe. – Giovanni M.C. (full review)

It’s been two years since Ken Loach took Jimmy’s Hall — a rather muted film by his standards, rumored at the time to be his swansong — to the Competition here at Cannes. It was a fine piece of work, although somehow quite nostalgic and uncharacteristically resigned. There was a lingering sense that the passion might have gone, but the great social realist has returned to the Croisette this year with fire in the belly and injustice on the mind. I, Daniel Blake is his most urgent and perhaps finest film in years. It follows a man of a certain age as he attempts to scale a mountain of welfare bureaucracy in order to be granted the necessary benefits to get by. It’s often warm and quite funny, but is, at heart, a damning critique of the Tory government in Britain and their belt-tightening austerity measures, as well as a rallying cry for those who fall through the cracks. – Rory O. (full review)

Ruth Negga and Joel Edgerton deliver remarkably nuanced performances in Loving, a late ’50s- / early ‘60s-set true life story of a mixed-race couple whose illegal marriage became a landmark case in the United States Supreme Court. Having tried his hand at the coming-of-age drama (Mud) and both small- and large-scale science fiction (Take Shelter and Midnight Special, respectively), the increasingly prolific Jeff Nichols branches out once more here to the awards season period drama. This heartwarming and wonderfully refined film might not do a whole lot of things we haven’t seen before in the civil rights-era picture, but it does the familiar stuff with enormous care and control. – Rory O. (full review)

Not a huge amount happens in Ma’ Rosa, the relentless new film from Filipino director Brillante Mendoza, which premieres this week in competition at Cannes. In present-day Manila, a woman and her husband are arrested for dealing methamphetamines and taken to the police station for interrogation before rounding up their three children who, in turn, must collect the sufficient sum of money to bail them out. It’s a bit of a slog, not least in the first half, but it’s also the kind of film that seeps into the viewer in the minutes and hours and days afterwards. Returning to the style and locale that brought him international acclaim with Kinatay in 2009, Mendoza shoots it like a pseudo-documentary, employing erratic, grainy handheld camerawork and relatively few cuts. Critics often say he’s an uncompromising director. It’s easy to see why. – Rory O. (full review)

Pablo Larraín is not finished wrestling with his nation’s psyche. His first three films, Tony Manero, Post Mortem, and No, formed a loose triptych that confronted the trauma of the Augusto Pinochet years from different angles. His fourth, The Club, was a blistering attack against the contemporary institution of the Catholic Church in Chile, which accused it of deep-seated corruption and of collusion with the Pinochet regime. With Neruda he returns to the past, back to 1948, the year the eminent poet and Communist senator Pablo Neruda (Luis Gnecco) went into hiding after the Chilean president outlawed Communism in the country. – Giovanni M.C. (full review)

In his Village Voice review of Jim Jarmusch’s criminally under-appreciated The Limits of Control, J. Hoberman described the director as “a full-blown talent [who] erupts once a decade: Stranger than Paradise in the ’80s, Dead Man in the ’90s and The Limits of Control [in the ’00s].” Jarmusch has now validated Hoberman’s estimation with a fresh new masterpiece for our present decade: Paterson. – Giovanni M.C. (full review)

Motion, love for the Gaia, and lush orchestral music provide the backbone of Michaël Dudok de Wit’s The Red Turtle, a dialogue-free, feature-length animation about a man stranded on a desert island, co-produced by the legendary Studio Ghibli, their first-ever such production to be made off Japanese soil. The story goes that producer Vincent Maraval from Wild Bunch showed De Wit’s Oscar-winning short animation Father and Daughter to Hayao Miyazaki in 2007. The legendary animator much admired the film, calling it “very Japanese,” and asked Maraval to locate De Wit. They sent the Dutchman an email, and so The Red Turtle came into being. – Rory O. (full review)

For this critic’s money, of the several excellent filmmakers to emerge from the Romanian New Wave, Cristi Puiu ranks as the most formidable. After kicking off his career in 2001 with the outstanding Stuff and Dough, a small-scale but expertly modulated road/drug-deal movie, Puiu made two bona fide masterpieces back to back: The Death of Mr. Lazarescu and Aurora. While his newest dramatic feature, Sieranevada, may fall just short of M-word classification by not reaching the same level of radical invention as its two predecessors, it is nonetheless another proud entry in Puiu’s stellar filmography. – Giovanni M.C. (full review)

Those only familiar with Alain Guiraudie’s sublime Stranger By the Lake, which finally brought the gifted French director to a (relatively) wider audience following a laureled Un Certain Regard premiere in 2013, will likely find themselves confounded by its follow-up, Staying Vertical. With his first entry in Cannes’ main competition, Guiraudie returns to the psychoanalytic mode of the features preceding Stranger, where he gradually and stealthily eroded the boundary between reality and fantasy to probe the complexities of human desire — particularly of the sexual kind — exposing the stifling effects of social norms and conventions to thoroughly bewildering results. – Giovanni M.C. (full review)

Maren Ade has kept us waiting. It’s been seven years since her superb second feature Everyone Else premiered at the Berlinale, taking home the Jury Prize, and she’s spent the interim collaborating on the production of other people’s films (e.g. Miguel Gomes’) rather than releasing one of her own. Now that her new directorial effort is finally here, it validates all the eager anticipation, as Toni Erdmann is one of the most stirring cinematic experiences to come around in a long time. – Giovanni M.C. (full review)

From the Land of the Moon (D)
The Neon Demon (D)

Maren Ade on Toni Erdmann, Being Inspired By Andy Kaufman, and Finding a Dramatic Balance

Adriana Ugarte on Pedro Almodóvar’s Meticulousness and Transforming for Julieta

Thanks for reading! See our complete coverage below.