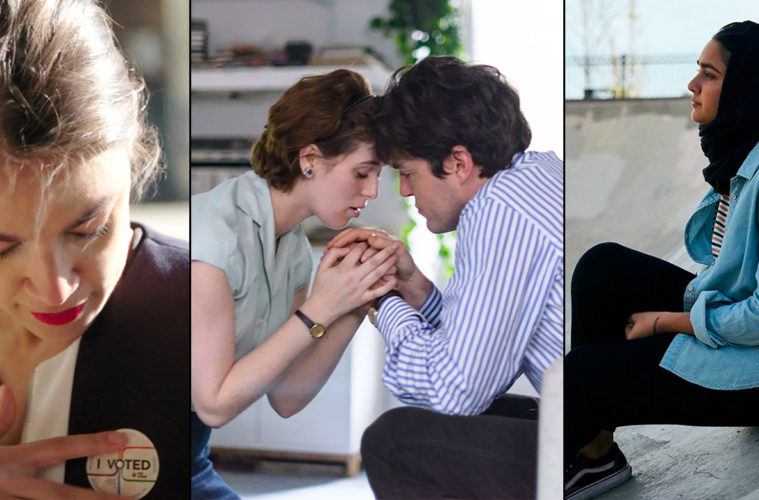 With over 50 films viewed and more coverage coming from the Sundance Film Festival, it’s time to wrap up the first major cinema event in 2019. We already got the official jury and audience winners (here), and now it’s time to highlight our favorites.

One will find our favorites (in alphabetical order), followed by the rest of our reviews (from best to worst, including previously premiered features). Check out everything below and stay tuned to our site, and specifically Twitter, for acquisition and release date news on the below films in the coming months.

When the Rust Belt was hit hard in the financial crisis of 2008, the blue-collar workers of Dayton, Ohio found a savior in a Chinese billionaire. Six years after the lifeblood that was a General Motors plant was shut down, the car-glass manufacturers Fuyao opened up their first American factory in the town, meaning thousands of new job opportunities. The promise of a steady income lifts the spirits of the workers, but an East vs. West clash of working methods quickly emerges, causing labor division, personal strife, and some unexpected camaraderie amongst the workforce. Directors Steven Bognar and Julia Reichert–who were Oscar-nominated for another look into the recession, The Last Truck: Closing of a GM Plant–capture this conflict in it all its complications, humor, and heartbreak in their thoroughly engrossing documentary American Factory. – Jordan R. (full review)

Last year’s Sundance Film Festival opened with Tamara Jenkins’s Private Life, a thoughtful, witty drama exploring the struggles of infertility faced by a couple in New York City. Premiering at this year’s festival, Gabriel Mascaro’s strange, alluring Divine Love examines similar hardships, albeit in an entirely different place, time, and aesthetic conceit. Set in the near-future of 2027 in Brazil, Joana (Dira Paes) is a deeply religious woman who is trying to conceive a child by any means necessary. Through his exquisite vision, Mascaro tells a curious tale of spiritual commitment, marital strife, and the blurred separation of church and state, leading to an ultimately surprising, powerful conclusion. – Jordan R. (full review)

Geraldine Viswanathan, welcome to the rest of your career. The young star, who stole scenes in last year’s comedy Blockers, is the lead in Hala, written and directed by Minhal Baig. She plays the titular character, a Muslim teenager coming to terms with her parents’ expectations, her religion’s expectations, and the expectations she has for herself. Sundance has offered plenty of coming-of-age stories throughout the years. Few are as effective as this one. – Dan M. (full review)

Knock Down the House (Rachel Lears)

If the jump scares and horror set pieces of Paranormal Activity or The Conjuring franchises were exchanged for an authentic reckoning of the tangled emotions the departed may leave behind, you have something close to Light From Light. There’s a palpable tension to this story of paranormal investigating, but rather than injecting the expected terror, the film’s power lies in never seeing ghost hunting depicted so grounded and character-driven before. This is the kind of film where the minutiae of insurance policies are discussed before any haunting may begin. Those going into Paul Harrill’s second feature looking for frights will be rewarded with something more substantial: an experience rich with atmosphere and humanity, and drama ultimately more enlightening than the cheap thrills that pervade the dime-a-dozen ghost stories we’ve seen before. – Jordan R. (full review)

Star of the debate team, straight A student, soon to be high school valedictorian: from his handsome looks and stellar CV, Luce (Kelvin Harrison Jr.) is the shining example of the all-American teenager—minus, of course, his history as a child adopted from war-torn Eritrea. As a name, Luce means “light” in Latin, the idea being Luce, a now-beaming youth in the Arlington, Va., area, was removed from unimaginable darkness. But there’s another spin on the allegory here that’s just as meaningful: when people are placed into boxes—stereotypes, to be clear—only so much light can filter in and out of them. – Jake H. (full review)

In Native Son—artist Rashid Johnson’s feature film debut and adaptation of the 1940 Richard Wright novel of the same name—Moonlight’s Ashton Sanders finds himself once again in a similarly complex, utterly electrifying coming-of-age triptych. Fortunately, in this 2019 Sundance highlight, Sanders is given a canvas all his own: one that’s spacious enough for him to fully let loose and create that rare sort of character that feels like a force of nature. – Jake H. (full review)

Often hilarious and always a delight, Raise Hell: The Life & Times of Molly Ivins is the conversational, down-home story of the Smith College-educated Texan who found herself bouncing around the country to find her voice. When she landed at the New York Times in the late 70s after a stint at the Texas Observer her colorful language became too much for the conservative editors of The Gray Lady. She found herself running the paper’s one-woman Rocky Mountain bureau, concluding that best job at the Times is one away from New York City. – John F. (full review)

This is Not Berlin (Hari Sama)

It opens in slow motion with teenage bodies wrestling and punching inside chaotic dust swirls, one boy (Xabiani Ponce de León’s Carlos) caught isolated in the middle of the frame. He’s not looking to hit any of the others. In fact he’s barely dodging out of the way when they come too close. It’s almost as though Carlos isn’t even there, his mind and body separated as two halves of the same conflicted whole. He knows he should be present with his friends to show his machismo and do Mexico proud like the soccer team soon to hit the 1986 World Cup pitch, but something is calling him in the distance that he can’t quite see. It’s punk metal versus new wave blues, hetero-normative conformity versus queer counter-culture. – Jared M. (full review)

Birds of Passage (A-)
The Nightingale (A-)

The Biggest Little Farm (B+)

Dan Gilroy on Velvet Buzzsaw as Pop Art, Why He Teamed with Netflix, Superheroes, and The Square

Jim Gaffigan on Faith, Ghosts, and Seeking a New Complexity in His Career

Where’s My Roy Cohn? Director Matt Tyrnauer on How His Documentary Illuminates the Rise of Donald Trump

Love, Antosha Filmmakers on Celebrating the Life of Anton Yelchin