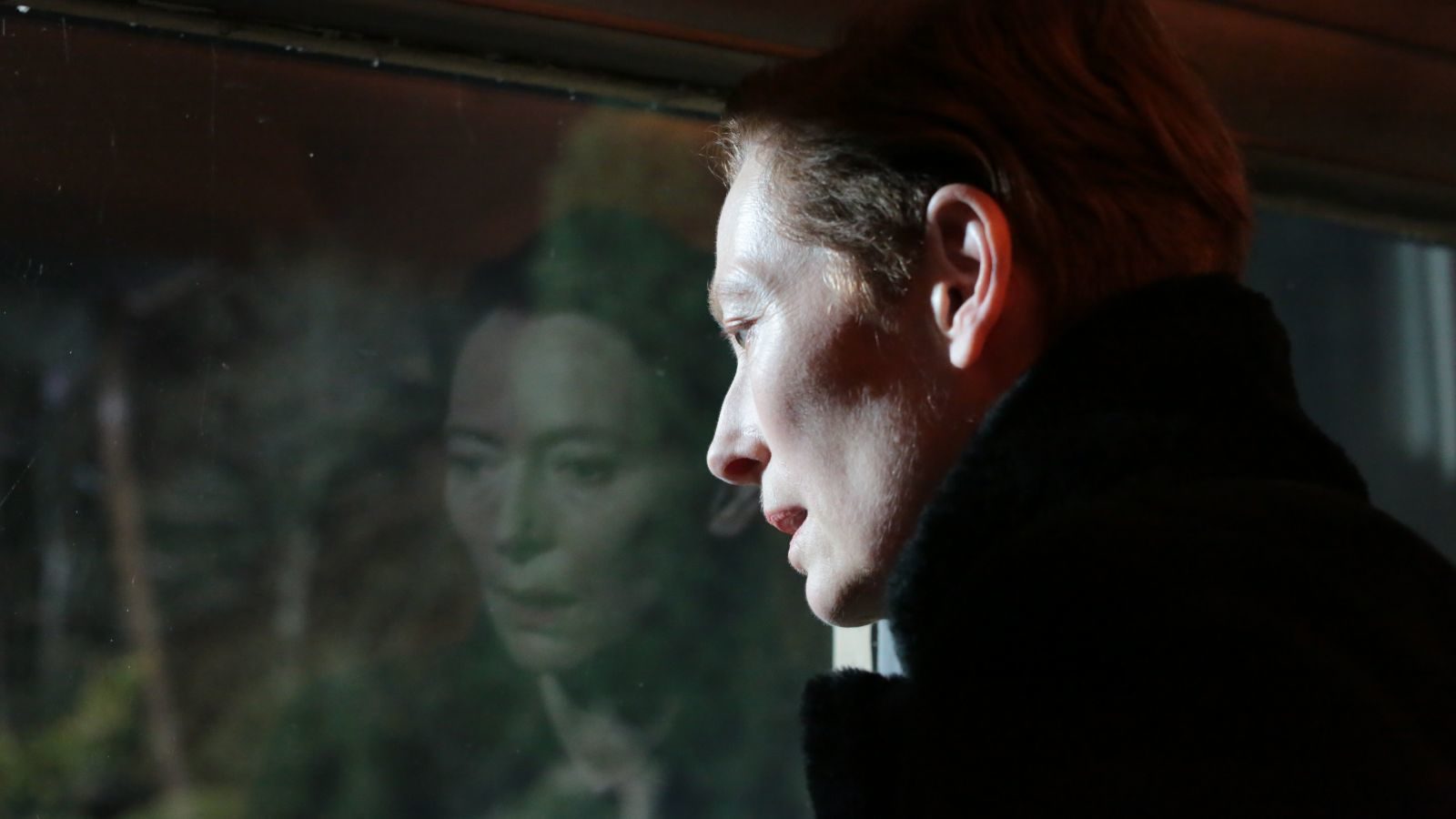 In the tradition of Okja and Hail, Caesar!, writer-producer-director Joanna Hogg has gifted the world with two Tildas (Swinton, that is) in one film. Just shy of Suspiria and Teknolust’s respective triple- and quadruple-Tilda count, The Eternal Daughter uses this device differently than others. Where Bong Joon-ho and the Coens employed such technique for twins and Guadagnino and Hershman-Leeson used it for science fiction and horror, Hogg plays it more subtly: mother and daughter. Or, to boil them into one, an eternal daughter.

We open on Rosalind and Julie—the former giving Swinton’s The Souvenir: Part II gray-haired grandma look and the latter mostly looking like herself, a shorter-haired Joanna Hogg—driving through a sea of fog in the dark, pulling into a Welsh bed and breakfast where they’ll stay for the remainder of the film. It’s a tonal precursor to a movie so fog-laden it makes Sleepy Hollow look clear-eyed. Such is the nature of parent-child relations and self-discovery.

The small hotel-house is draped in a velvety darkness. It seems mildly haunted, inhabited by non-threatening ghosts perhaps. The lawn, swimming in dense fog, is like a graveyard missing graves. The exit sign in the hallway splays an eerie green neon glow on the ceiling in perpetuity. Rooms blend together in their warm, dim lighting, gothic design, and faint-flowery aesthetics. Ed Rutherford’s cinematography is gritty and shadowed. An annoyed, slow-acting, boyfriend-troubled 20-something (Carly-Sophia Davies) is, per your worst nightmare, the only receptionist with whom their entire stay rests.

Julie, a writer-director stand-in for Hogg, is there to find and write her next movie (“I suppose it will come”), a film she means to make about her and her mother. Understandably so, she’s trepidatious about the project (“I don’t know if I have a right to do that. It feels like I’m trespassing”). But she doesn’t yet understand how jarring and vivid it is for her mother, who’s returned to her childhood home.

There’s so much metanarrative on display your brain could break if you think about it too hard. Swinton’s coming off the heels of playing another fictional iteration of Hogg’s mother in The Souvenir and The Souvenir: Part II, where Swinton’s daughter, Honor Swinton Byrne, played Hogg as a film school student. To take the meta-narrative one step further, Swinton Byrne played Hogg playing Swinton in the remake of the initial two’s first short, Caprice, in Part II. [Catches breath].

All that to say it makes sense Hogg would re-cast and recreate Swinton as mom. And it makes even more sense she would cast Swinton as herself. The two have been together since the start of their careers in 1986; no one’s more equipped to play Hogg. (Though one can’t help wondering how Honor Swinton Byrne, Swinton daughter and lead of two Hogg films, didn’t end up in the Swinton-led Hogg movie about mothers and daughters.)

Rosalind and Julie are servantile toward each other, not terribly close but deeply appreciative. They bend over backward to be selfless and easygoing, but it often lands them in limbo, so eager it’s unhelpful. It’s performative in one sense—a concern about how they’re being perceived, how each is perceiving the other to have grown (or not). In another sense it’s merely an attempt to show love and affection where it’s otherwise difficult to communicate. Above all, even when frustratingly relatable, it’s tender. Julie’s constantly breaking down, often unprompted, in front of Rosalind, who’s sweet about it. She’s just old and worn-down—tired, not feeling great, silently drowning in memory.

The Eternal Daughter is not a scary film per se, but it’s never comfy. Hogg adds just the right amount of spook in the detail: ever-creaking doors, dark figures in the hallway, the pregnant stillness of the hotel, the howling wind, and the score of humming “OoOooh”s and “AaAaah”s like a choir of ghouls lurking beneath the floorboards. Rooms hold memories and eventually reveal them in the right company. Even Louis the dog (Swinton’s own Louis) seems to sense souls—ghoulish, maternal, or otherwise.

Hogg layers the horror elements in like Halloween decoration, dressing for a genealogical drama unconcerned with genre tropes outside their bearing on reality. That’s not to say there isn’t a tangible fear or dread baked in, but it’s of an existential nature—the kind that takes hold when you hear yourself organically repeating something your mother said earlier with the exact same tone and diction. Or the kind that comes when you leave your body and remember fully, once again, how much life your parents have lived without you or even the knowledge of you, how different they must be in certain ways, and how the same will be true for anyone who has children.

Hogg’s sixth feature is a ghost story that embraces, instead of supernatural or fantastical horror, a tastefully frightening realism: the horror in confronting your identity, much less alongside a parent. It’s terminally spooky, reminiscent of David Bowie’s foreboding farewell album Blackstar, in which he weighed the prospect of his own death with a shocking degree of vulnerability. Julie isn’t dying, but something real is on the line. Not murder or demonic possession, but a lifeline between two people, an umbilical link that’s never broken despite how far it’s been stretched.

It should come as no surprise this story is based on an experience the filmmaker had with her late mother. In being so, it’s not just another great story, but a candid and public reflection from an artist on their past—known and unknown, seen and unseen—and their struggle to weave it into the present. It’s a look at personal history so recent and raw it might still be bleeding a little.

It’s strange—and true to the form Hogg uses—that we always feel out of the loop. “How did we get to that?” “Did I miss something she just said?” “Wait, what happened here?” Ambience takes center stage over plot development, mood over action, memory over tangible trauma. Hogg is more focused on what it means to linger in a space, the act of finding a story, which lends a particular lack of story—a thematic incompleteness, a holey-ness in the narrative itself.

How does one tell a story about trying to find a story? And moreover, a story about one’s self? And to pile on, one’s mother? In Hogg’s case, immersion. The Eternal Daughter buries us in the apprehension and frustration of writing and self-discovery as if they were one act, inextricable necessities. It’s spectral; much of what’s going on or being said doesn’t actually connect, but feels like it should. In a world of ghosts, somehow it does—a phantom connection that hovers brilliantly over everything.

The Eternal Daughter screened at the New York Film Festival and will be released by A24 in December.