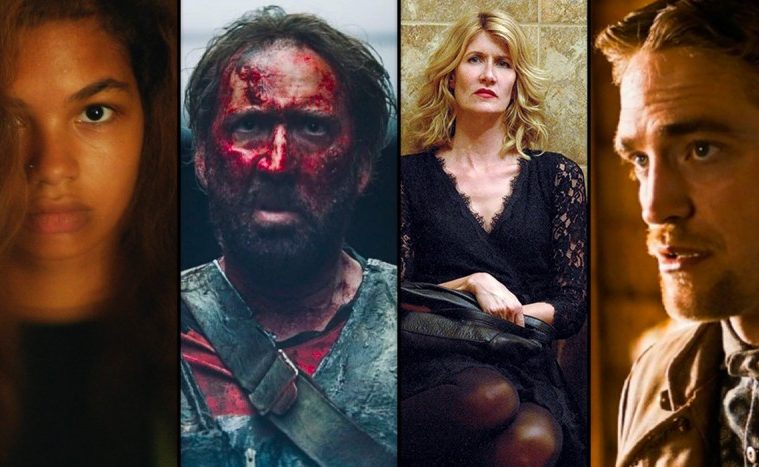 The Best Films at the 2018 Sundance Film Festival

With over 50 films viewed and more coverage coming from the Sundance Film Festival, it’s time to wrap up the first major cinema event in 2018. We already got the official jury and audience winners (here), and now it’s time to highlight our favorites.

One will find our favorites (in alphabetical order), followed by the rest of our reviews (from best to worst, including previously premiered features). Check out everything below and stay tuned to our site, and specifically Twitter, for acquisition and release-date news on the below films in the coming months.

Here is a story that makes Faulkner’s adage about the past not being past seem horribly valid. A hundred years ago, both the Arizona mining town of Bisbee and America itself were wracked with controversy over pointless war, hatred toward immigrants, and rampant inequality and injustice. Today, only the wars are different. In 1917, over a thousand miners protesting for better wages and working conditions were rounded up by authorities in Bisbee, with the help of two thousand deputized townspeople. At the behest of the company which essentially owned the town, the strikers were crowded onto a train and exiled to New Mexico, threatened with death if they ever returned. Most of them were immigrants, most of whom came from Mexico. In 2017, the residents of Bisbee, now long past its days as a mining town, observe the centennial of the deportation with a reenactment of it. Robert Greene and his crew were there to film it. – Dan S. (full review)

Two men sit on a bench in the vast desert of the American west waiting for a stagecoach that’s nowhere to be found. One, a grizzled preacher (Robert Forster), is fed up with the ways of the great unknown and headed back east; the other, Parson Henry (David Zellner), is headed west and eager to start a new life. “Things are going to be shitty in new and interesting ways,” Forster’s character warns the newcomer, dashing his hopes that what awaits isn’t the land of his dreams. For the beautiful Penelope (Mia Wasikowska), however, this terrain is far more dangerous. Surrounded by desperate men at every turn, the mission of the west is not just to survive, but live by her own romantic means. – Jordan R. (full review)

Structurally, Hale County This Morning, This Evening does not do much to distinguish itself from other contemporary vérité documentaries which focus on quotidian details within a certain milieu. But even so, it still finds value in the unique incidents it captures. Send a hundred different filmmakers to a hundred different places, and even if their work is aesthetically identical, they’ll each document at least a few unique moments that will make each piece worth it. Beyond that, director RaMell Ross demonstrates a talent for framing a scene in a striking manner, such as shooting a trash fire so that the rays of the sun shine through the smoke. – Dan S. (full review)

Early scenes of Leave No Trace feel like The Road. Not the movie adaptation, but Cormac McCarthy’s book, which evokes familial intimacy to an almost harrowing degree. Then they set out along the blacktop in the gunmetal light, shuffling through the ash, each the other’s world entire. In setting, this is that story’s pre-apocalyptic mirror, with a father and daughter living in the woods instead of a father and son wandering a wasteland. Here there is good earth instead of ash and striking greenery instead of gunmetal, and the lead characters have willingly separated themselves from civilization instead of being violently torn from it. But the central parent-child bond is of the same species, and the movie’s quiet study of it delivers similar heartbreak. – John F. (full review)

Lorde’s song “Team,” with its lyrics “we live in cities you’ll never see on screen; not very pretty but we sure know how to run things,” seems to sum up the basic story of Bing Liu’s stirring, visually stunning study of time, place, and self. Minding the Gap is a shape-shifting documentary about lost youth stuck in a form of arrested development. They have not quite risen to the challenge of adulthood, stuck — as Springsteen fans know — in the darkness on the edge of town. Instead of music they turn to skating for salvation in fluid, sweeping low-angle, wide-lens shots that recall the collaborations of Terrence Malick and Emmanuel Lubezki. – John F. (full review)

Rare is it that one gets to see a performance as strong as Andrea Riseborough’s in NANCY. Written and directed by Christina Choe, the film concerns a thirty-something woman living in Oswego, New York who begins to suspect she was abducted when she was a child. Following the death of the woman that raised her (Ann Dowd), the titular Nancy reaches out to a couple (J. Smith-Cameron and Steve Buscemi) whose daughter disappeared thirty years prior, as she learns from the local news. Cautious but hopeful, they take in the young woman while they attempt to confirm she is their long-lost child. What they don’t know about her will soon cloud circumstances and complicate the visit. – Dan M. (full review)

Once again, Spike Lee has found an innovative theatrical production and brought it to blistering cinematic life. Antoinette Nwandu’s Pass Over, produced in 2017 by Chicago’s Steppenwolf Theatre, combines Waiting for Godot, Biblical lore, and contemporary American race issues into a story that’s at turns funny, suspenseful, and bizarre. Lead characters Moses (Jon Michael Hill) and Kitch (Julian Parker) are waiting not for someone to come but for the time they’ll be able to leave the corner of Dr. Martin Luther King Jr. Drive and 64th Street and make it to “the promised land.” In the meantime, they shoot the shit, duck periodic gunfire, and have a strange encounter with a suspiciously polite, seersucker-suited white interloper (Ryan Hallahan). – Dan S. (full review)

Over a decade since her remarkably observed and authentically acted The Savages, writer-director Tamara Jenkins makes her long-awaited return to Sundance and feature filmmaking with Private Life, a generous, graceful, full-hearted drama about the complexities of desiring a child when your physiology denies you at every turn. Lest one thinks this is a somber look at such an intimate journey, Jenkins imbues an immense amount of humor and relatability without ever hitting a false note. – Jordan R. (full review)

What does your life mean if the memories that have defined you are revealed to be false? What if the memories are tied to devastating trauma? For Jennifer Fox (Laura Dern), when letters are unearthed revealing more about a “relationship” when she was 13, she starts to not only investigate in the present-day, but excavates the memories that she’s repeated since the trauma and opens a dialogue with her younger self (Isabelle Nélisse). What she perceived as a relationship was, in fact, repeated rape. Directed by Fox herself, The Tale is an emotionally debilitating drama, the powerful kind that makes one want to scream rage at the events on the screen, but are choked by silence as the credits roll, comprehending the irrecoverable damage caused to the protagonist and the director, as the events are based on her own life. – Jordan R. (full review)

You Were Never Really Here (A)

Bonus: listen to Jordan Raup and Dan Mecca discuss their favorite films of the festival below or on iTunes.