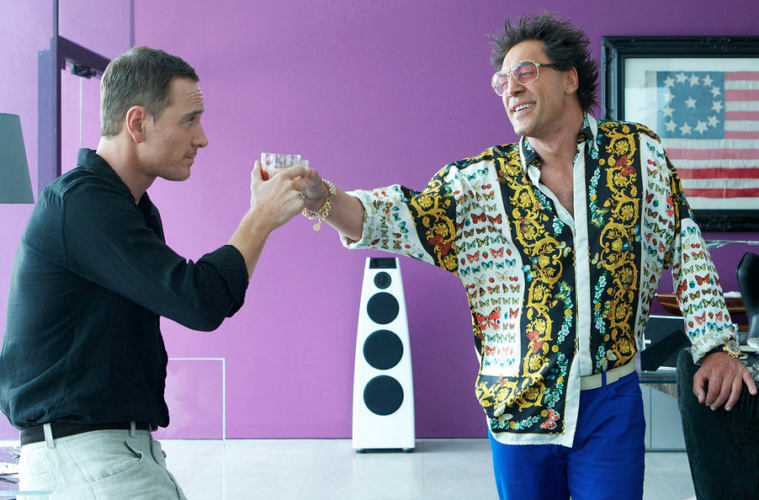 While year-end discussion often singles out specific performances, it’s time to give praise to the entire ensemble. Too often overlooked, we recently got a great chat with some of Hollywood’s top casting directors and now, for this specific feature, praise goes to those that carefully put together the casts below. From studio comedies to dismissed dramas to small independent features, check out the ten best ensembles of the year and let us know your favorites in the comments.

A good ensemble isn’t just a case of getting a lot of famous and talented people into a single film. So as far as 12 Years a Slave is concerned, the strength of the ensemble comes from finding the right actor for each role, and then watching them interact in a way that dissolves the artifice of casting and creates an accurate representation of life. Sure, Chiwetel Ejiofor is the center of this story, but his performance is matched in depth and feeling by everyone else involved, from small parts from Paul Giamatti and Benedict Cumberbatch, to larger roles like the ones brought to screen by Michael Fassbender and newcomer Lupita Nyong’o. – Brian R.

This film is a case of every actor carrying an equal burden of the story and screen time, and each of them ably pulling off the task. Rooney Mara is the center of the story, creating a layered and conflicted character, and her interactions with both Casey Affleck and Ben Foster are stirring, moving, and richly imbued with feeling and longing. Any movie with a love triangle is going to depend a lot on the way the difference in character interaction informs the characters themselves, and Ain’t Them Bodies Saints benefits greatly from this central ensemble. – Brian R. Few mainstream films in 2013 seemed as willing to shirk off that nasty little m-word as The Counselor, a work that’s attracted its equal share of detractors and boosters. I’m somewhere in the middle, but for all Ridley Scott and Cormac McCarthy’s picture may or may not do with the utmost grace, the force and veracity of its cast cannot be denied. Somehow rendering Michael Fassbender the least-interesting ensemble player are, in particular, Javier Bardem and Cameron Diaz, the former of whom’s flamboyance and the latter of whom’s… everything are so often on the verge of sending the film into a cartoon land. Noted in conjunction with Brad Pitt‘s all-too-brief appearances as a Canadian cowboy (did we mention this film is strange in the smallest of ways?), it seems a little more of their touch throughout would have gone a long way. – Nick N.

While the Coens‘ latest drama surrounds the struggles of Llewyn Davis, in a role perfectly suited for Oscar Isaac, his journey wouldn’t be the same without the ensemble this duo has put together. They’ve always had a knack for finding the perfect supporting casts for their films and Inside Llewyn Davis is no different; from Adam Driver‘s contribution to Please Mr. Kennedy to Garrett Hedlund‘s tight-lipped, stoic turn alongside the commanding John Goodman all the way down to the journey of Ulysses the cat, each performer sells this intricate, downtrodden world. – Jordan R.

The Place Beyond the Pines

A epic movie that spans two generations, many decades, and three distinct stories calls for a cast to match its ambitions. Here we have Bradley Cooper as a continuing through line through a tale that involves Ryan Gosling as a bank robber, Eva Mendes as his estranged flame, and Dane DeHaan as a boy whose life is forever altered by the path of his father. This is in addition to a number of smaller roles populated perfectly by Bruce Greenwood, Ray Liotta, and Ben Mendelsohn. The scope of this film requires a group of characters who can keep us invested in every era and every plot strand, and this group does that in spades. – Brian R.

Next to Roger Deakins‘ extraordinary cinematography, Prisoners excels in its casting. With a runtime exceeding 2.5 hours and a plot concerning the dark recesses of human behavior, Denis Villeneuve needed a cast that was fully committed to this story. After many past iterations nearly making it to the screen, the final ensemble is one that leaves a thorough impression. From Hugh Jackman‘s emotionally convincing father to Jake Gyllenhaal‘s devoted, slightly manic turn as the lead detective all the way to Viola Davis and Terrence Howard‘s teetering, morally complicated parents, Villeneueve’s desire for rich characters provides for one of the best ensembles of the year. – Jordan R.

One of the finest ensemble films of the year, Short Term 12 took a plot and characters that could have been business as usual at the after-school special department and made something aching, deep and wise from it. Brie Larson and John Gallagher Jr. as two young people working at a foster care are phenomenal and intimate in a way few performers are, but they are met and matched by every single other face in the film. The kids, as believable as if we were watching a documentary of the same material, are matter-of-fact and heart-breaking. Dustin Cretton, helming his break-out feature, understands the dramatic balance better than many veterans, and the result is a film not about acting, but about people we can’t get out of our heads and hearts. – Nathan B.

Despite the fact that headliners Shailene Woodley and Miles Teller are getting the lion’s share of the praise, James Ponsoldt’s film is expertly cast all around. What makes this finely tuned and attentive romance work is that it takes the time to spend with its duo and the people in their orbit. One cannot expect the emotional impact to be as heightened without the likes of Brie Larson as Sutter’s ex, Mary Elizabeth Winstead as his sis, and most poignant, Kyle Chandler as his alcoholic father. Instead of presenting each actor as a vignette, they are part of the living breathing tapestry that makes up the portrait of Sutter’s tempestuous, burgeoning adulthood. – Nathan B.

This is the End The initial draw of Seth Rogen and Evan Goldberg‘s directorial debut This is the End concerned the cameo-filled apocalypse that reigned down on the Earth. From Rihanna to Emma Watson, the initial act had its pleasures, but it was simply hanging out with a small group of Hollywood’s funniest actors that generated the most laughs. They’ve had a long career working together, but with perfect rhythm and camaradrie, Rogen, James Franco, Jonah Hill, Jay Baruchel, Danny McBride, and Craig Robinson made for the best comedic ensemble of the year. – Jordan R.

The Wolf of Wall Street All who make an onscreen appearance in The Wolf of Wall Street will be forced to take something of a backseat to Leonardo DiCaprio, possibly in his best performance yet, but that’s not to say Scorsese failed to get much out of his supporting cast. In my review I had compared their contributions to side instrumentalists in a big piece of music: their work may not stand out on initial encounter, but in reflecting back I’m unable to rinse from my mind the images of Jonah Hill‘s teeth, Matthew McConaughey‘s chest-thumping, Margot Robbie‘s final confrontation with a rapidly deteriorating husband, or the sliminess of Jean Dujardin‘s  Swiss investor. They, like the film, run a gamut, and that their applications should never feel wholly out of sync is nothing but a testament to all involved. – Nick N.

What’s your favorite ensemble this year?