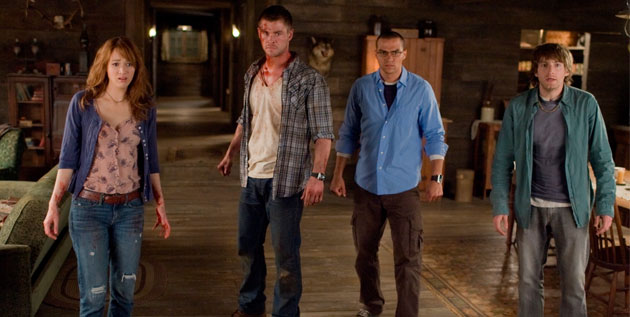 The Best Directorial Debuts of 2012 One of the joys of filmgoing each year is experiencing the dawn of a new talent. While we have the top breakthrough performances of the year coming, today we take a look at eleven examples of up-and-coming directors delivering a promising first step in their careers. After counting down last year, we’ve already seen a number of those filmmakers go on to do major things and we’re confident these eleven helmers will do the same. Check out the rundown below and let us know your favorite directorial debuts in the comments.

Matt Ross may not be a name you recognize, but he is certainly a face that’s been floating around movies and television, big and small (The Aviator and Big Love come to mind), for a good long while. The character actor shows another level of creativity here, constructing a brutal, beautiful study of love and infidelity starring Chris Messina and Marin Ireland in pitch-perfect roles. Ross makes the most of his constricted setting, exploring both the agony and ecstasy of a one-night affair, over and over again. – Dan M.

When it comes to simply announcing the existence of a fresh, never-before-seen voice, few 2012 debuts could hold a candle to Matt D’Elia’s crazy, confounding character study about a sick, maniacal twenty-something — played with energetic rage and fury by D’Elia himself — who alienates everybody around him whenever he opens his mouth (which is often). Though the film has flexibility and intensity when it comes to things like production design and camera placement, the ultimate distinguishing factor is D’Elia’s verbal voice itself and the addicting brashness with which the actor delivers his long-winding diatribes. It is worth noting, too, that narrative-rejecting journeys like this one can sometimes have trouble arriving at a conclusion with sufficient closure — but the penultimate image of D’Elia ranting, an American flag draped over his body, ends this almost essay-like debut with a proper bang. – Danny K.

In Leslye Headland’s debut feature film Bachelorette, the playwright-turned-filmmaker takes a comedic premise and adds an edgy twist of serious substantive issues. Its a delicate balancing act that in the wrong hands could be completely borked. Yet the first-time filmmaker is able to deftly capture a sense of camaraderie between three different female characters, none of which are perfect or cookie-cutter representations typically seen in romantic comedies. – Raffi A.

There’s an old Hollywood adage about never working with children or animals. Director Benh Zeitlin shrugged off this piece of advice and added in the additional challenge of supersizing one set of animals while setting his debut film, Beasts of the Southern Wild, in a post-deluge community built on the scraps of their old lives. Staring in the face of all of this ambition, Zeitlin delivers a solid and provocative film that is as stylistically and narratively assured as the work of a director with years of features behind him. Does it ape Malick a little bit? Yes. But given that the result is earnest and heartfelt rather than hokey and pretentious, I think we can forgive Zeitlin for cribbing from a master. – Brian R.

The Cabin in the Woods (Drew Goddard)

A film that was held back shouldn’t feel this fresh or relevant, and yet when Cabin in the Woods hits its stride (which, for some, is in the first few minutes), there’s very few films that can compare. Drew Goddard is able to masterfully strike a balance between being a commentary on the modern horror film and while also giving us the thrills, blood and some genuine chills to mask its intent. It’s a film that is self-aware, and that notion will fly over the heads of quite a few viewers. At first, it plays things relatively straight, but towards the end, things get so deliciously twisted and bonkers that you will end up in hysterics if you any kind of funny bone to speak of. – Bill G.

Glendyn Ivin’s feature debut, which was released in its native Australia way back in 2009, didn’t make much noise in domestic theaters this year, but it did have its fair share of champions, including Roger Ebert, who called the film a “masterpiece,” giving it a four-star review. (My own review, meanwhile, was also rather positive.) Add to that the leading presence of the well-respected Hugo Weaving — also appearing this year in Cloud Atlas and The Hobbit: An Unexpected Journey — and there’s really no reason why you shouldn’t be tempted to check this film out as soon as you can. In a year of fine child performances — Beasts of the Southern Wild’s Quvenzhané Wallis and Looper’s Pierce Gagnon spring to mind — Last Ride features one of the most memorable in Tom Russell, who delicately balances the troubled father-son dynamic alongside the powerful Weaving. And the way Ivin frames their whole odyssey against the never-ending Australian outback provides a host of Greig Fraser (Killing Them Softly, Zero Dark Thirty) images that will never leave you. – Danny K.

Robbie Pickering’s tender comedy Natural Selection walks a fine line, telling the story of Linda (Rachael Harris, almost unrecognizable here), a devout Christian woman whose husband recently passed away while donating sperm. Infertile, he refuses to touch her and the film is as much a discovery as it is an awakening. Without a steady hand the pieces would all fall apart and Pickering has put together a fascinating character study. – John F.

If you’ve heard this film being described as “Back to the Future as if directed by Wes Anderson,” you wouldn’t be far off. Colin Trevorrow’s first feature announces the arrival of a unique storyteller. Starring the awkward and talented Aubrey Plaza as a young women who joins a rag tag group led by Jake Johnson, they set out on a mission to find Kenneth (Mark Duplass), who seeks a companion to travel back in time with. The film strikes a balance between real laughs and genuine sincerity, something we hope Trevorrow can match on his Hollywood debut, a remake of Flight of the Navigator. – John F.

Sleepwalk With Me (Mike Birbiglia)

A charming debut feature from comedian Mike Birbiglia — and produced by the team behind This American Life — Sleepwalk With Me is a warm and wonderful comedy. Birbigilia in essence plays himself. He’s been dating the same women since college and once he finds his voice in comedy, he’s able to hit the road performing stand-up. The only problem is his severe sleepwalking disorder, one of many problems to be solved in this close-to-the-heart, promising debut. – John F.

I already said a good deal about Justin Kurzel’s searing debut statement yesterday, when we counted down some of The Most Overlooked Films of 2012. It’s a tough sit, this one, but absolutely worthwhile, because it enriches the serial-killer narrative with a psychological agenda, making way for an eerily paternal central relationship. While Daniel Henshall, quiet and terrifying as John Bunting, gives an immortal interpretation of the infamous killer, part of the reason it works so well is because the story is viewed through the eyes of Lucas Pittaway, who gives a naked, vulnerable performance as a fatherless kid in need of a strong adult figure. Their rapport gives the often unbearable film a necessary humanity. But make no mistake — as directed by Kurzel, the film is ultimately ice-cold and grim, showing a display of technique that is nothing short of commanding. – Danny K.

Sound of My Voice (Zal Batmanglij)

Although it took well over a year to finally hit theaters following its Sundance premiere, Zal Batmanglij‘s captivating story of a couple penetrating a small cult is one of the most promising debuts of the year. While the cryptic nature can lead to much discussion, there’s no denying the overwhelming, alluring presence of ringleader Brit Marling. As our main couple (one of whom is Argo star Christopher Denham) questions the events before their eyes, Batmanglij keenly puts his audience in their shoes with his intimate approach. Here’s hoping his follow-up The East, premiering at Sundance next month, captures the same magic. – Jordan R.

What directorial debuts impressed you most this year?